Introduced in 2018, the SIG Sauer P365 took the shooting world by storm. Boasting a number of significant innovations, the P365 was reasonably priced and quickly became a favorite among concealed carriers. Well, now we have the latest variant with the SIG P365 SAS. 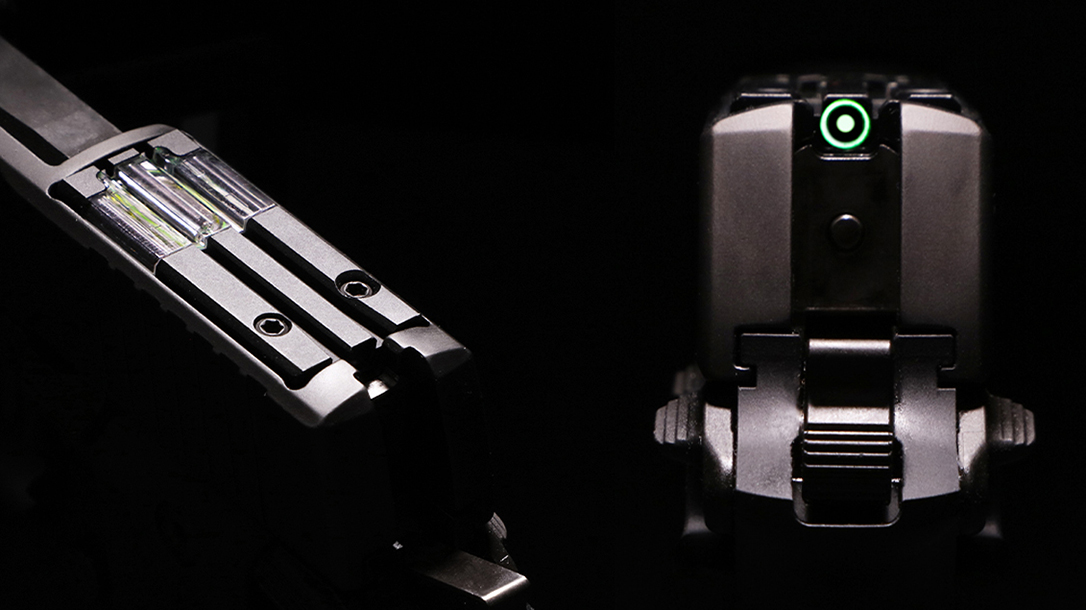 Before we get to the SAS variant, let’s look at the original P365. The striker-fired gun used a patented narrow-neck, double-column magazine, which gave it a capacity of 10+1 using the flush fit magazine. Meanwhile, the just-released, slightly larger P365 XL variant brings the capacity to a staggering 12+1. The pistols possess a low bore to grip axis, which tames the 9mm muzzle flip and makes them more shootable. The P365 also has one of the best triggers of any striker-fired gun on the market.

Not willing to rest on its laurels, SIG decided to introduce an even more carry friendly micro-compact designed for deep cover use: the SIG P365 SAS.

The new P365 SAS is as snag-free as it gets. We got an exclusive first look at the SAS during the recent 2019 Athlon Outdoors Rendezvous in Idaho. Tom Taylor, SIG’s Chief Marketing Officer, took a few minutes to speak to us about the new gun.

“Remember the old SIG SAS guns with the rounded edges? We’ve taken that to a new extreme with the P365 SAS,” Taylor said. He then ran his hand over the gun as if it were a bar of soap to demonstrate there are literally no sharp edges to afflict the shooter.

“This gun has nothing on top of the slide to snag—not even sights,” Taylor added. “We ported the barrel as well as the slide to reduce muzzle flip and get the gun back on target as quickly as possible.”

You’re probably thinking to yourself, “Wait a second—no sights?” That’s right—no sights; well, at least not in the traditional sense. The sights are actually embedded in the slide.

SIG outfits the P365 SAS with the FT Bullseye Fiber-Tritium night sight. Taylor told me that previous attempts in years past to use this sight included mounting it on the slide top, increasing the gun’s height and making the gun look unsightly.

“We worked with [FT Bullseye] to make the sight more durable and we’ve flush mounted it into the slide. It is intended to be shot with both eyes open and is really designed for close combat ranges between 5 and 10 yards,” Taylor said. “That being said, the average shooter can make hits easily at 25 yards once they get some trigger time with the gun. It really is intuitive to use.”

The sight uses both fiber optics and tritium to produce a brilliant green dot; it’s visible in nearly every light condition.

In keeping with the P365 SAS’s intended role as a deep cover gun, SIG removed its take-down lever. Disassembly now requires a small tool for the P365 SAS. The slide lock is flush now, so there’s nothing to snag. You can use it to lock the slide to the rear, but you won’t be able to drop the slide using it; that will require a tug on the back of the slide to chamber a round from slide lock.

I had the opportunity to run a few magazines of ball ammo through the P365 SAS while I was at the Athlon Outdoors Rendezvous. The gun possesses the same crisp trigger with a firm reset that makes these micro-compacts such a pleasure to shoot. Shooting with both eyes open, it was simple keeping the green aiming dot on the steel as I added enough pressure to break the P365’s trigger. As long as I did my part, I was rewarded with good solid hits.

Finding the dot from low ready position requires a some practice. It’s a little different than finding the front and rear sights on a traditional gun. However, the big advantage is not having to align sights and shift focus from the front sight to the rear sight to the target.

I also had the opportunity to shoot the SAS gun side by side with the standard P365. I can say with absolute certainty the porting does make a difference. It’s hard to quantify just how much the muzzle flip is tamed, but several of us who fired gun opined that it probably decreased it by 20-25 percent.

SIG’s minimum advertised price (MAP) for the P365 SAS is just $579; that includes the gun outfitted with the FT Bullseye sight, one 10-round flush fit magazine and one 10-round extended mag.

If your needs dictate a micro-compact pistol in 9mm for concealed carry and or deep cover use, give the SIG P365 SAS a literal shot. For more information, please visit SIGSauer.com.