That dreaded “bump in the night” came recently for a Missouri homeowner, who answered the call bravely. But his response, though warranted, nearly turned fatal, when a burglary suspect opened fire before finally fleeing the scene. 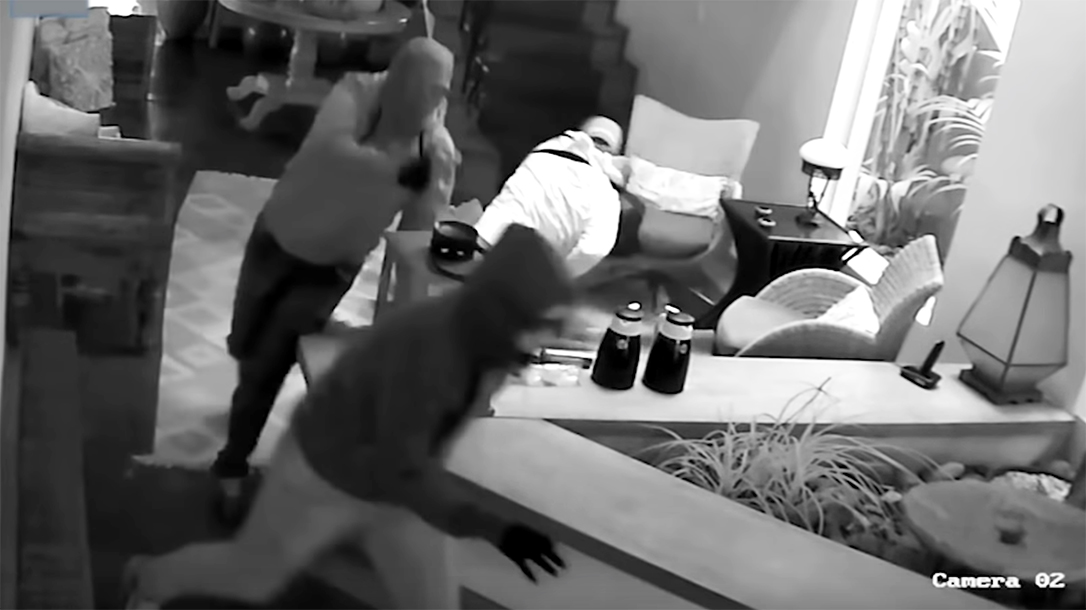 Terry Logan received an alert from his home security system that someone lurked outside, according to stltoday.com. The alert occurred around 1 AM, so Logan grabbed his pistol and charged outside. There he found a man rifling inside one of his vehicles.

Footage shows Logan, gun drawn, walk across his driveway, pistol pointed at the suspect. He made it clear he was ready to put the man down if he didn’t comply.

“You picked the wrong (expletive) house, my man!” Logan yells in the video. “I suggest you get on the (expletive) ground.”

But the suspect refused to comply. Instead, the man makes a distinct call sound before popping off three rounds of his own. Footage shows Logan immediately retreat towards the cover of a second vehicle. Meanwhile, the suspect uses the opportunity to bolt away from the house, presumably running toward a waiting escape car.
“If they’re will to produce a firearm, take aim and attempt to murder someone, this is serious business,” said Jefferson County Sheriff Dave Marshak. “And we want to make sure our community is aware.”
In response to the shooting, the sheriff put alerted the public to an ongoing trend of vehicle thefts in the area. The office reported a string of recent thefts from unlocked vehicles, with at least 40 different groups coming Jefferson County from St. Louis.

“We’re making it easy for them,” Marshak said, according to stltoday.com.

Meanwhile, Logan escaped injury, even though a bullet came dangerously close to striking him. “I didn’t expect to get shot at,” he said, according to stltoday.com. “So I’m just glad today that I’m alive.”