0
SHARES
22
VIEWS
Share on FacebookShare on Twitter
Well, crazy Joe is at it again. The Democratic Presidential candidate spouted off about gun control again. This time, during a campaign stop in New Hampshire, the former Vice President went after something he referred to as “100 clips.” 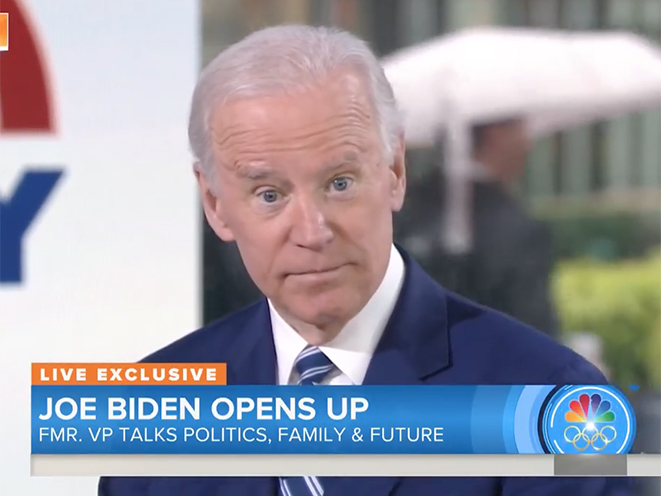 “I believe in the Second Amendment, but nobody says you can have a magazine with 100 clips in it,” Biden said, according to breitbart.com. He then added, “100 bullets in it.”

First of all, let’s point out the initial lie. Joe Biden doesn’t really believe in the Second Amendment. Biden already made outrageous comments previously, telling Americans all they need double-barrel shotgun for self-defense. He repeatedly supports gun control regulation and bans on AR-15s. So no sir, you don’t support anything we consider to be the Second Amendment.

Then we get to the “100 clips.” Sigh. Yet another familiar refrain from the anti-gun left, Biden demonstrates he has no clear understanding of firearms, magazines and how these parts work together. How can anyone support someone calling for legislation on a topic in which they clearly have no understanding?

Biden’s comments serve as a reminder he remains no friend to American gun owners. Along with supporting assault weapon and high-capacity magazine bans, Biden wants to repeal the Protection of Lawful Commerce in Arms Act, which protects American firearm companies from frivolous lawsuits.

So let this be a lesson to all. The next time you use the term “clip,” don’t get mad when your buddy at the range corrects you. He’s saving you from looking like this guy, and nobody wants to be crazy Joe.