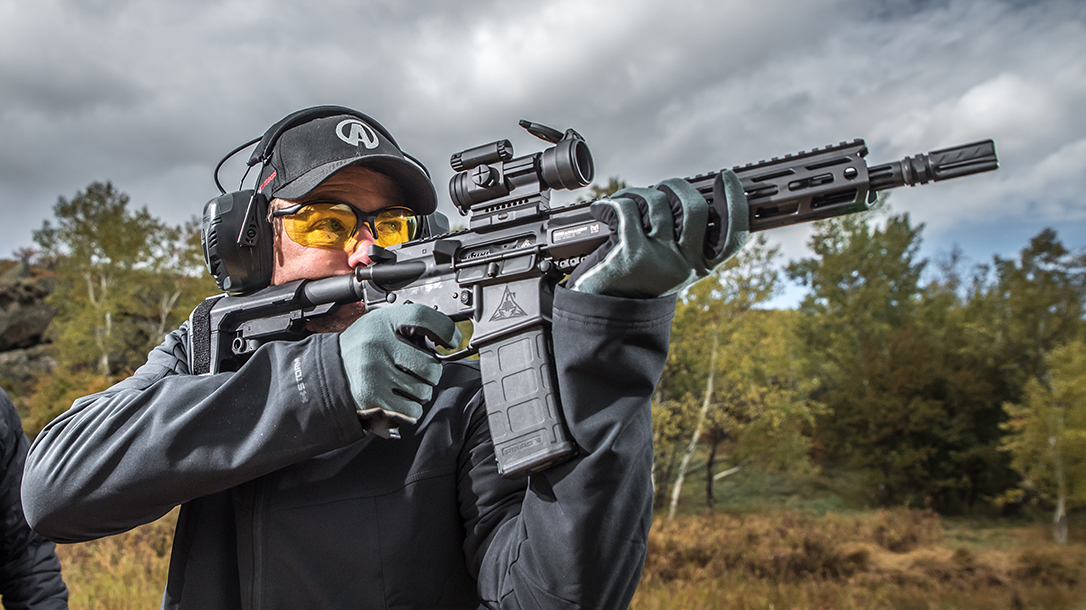 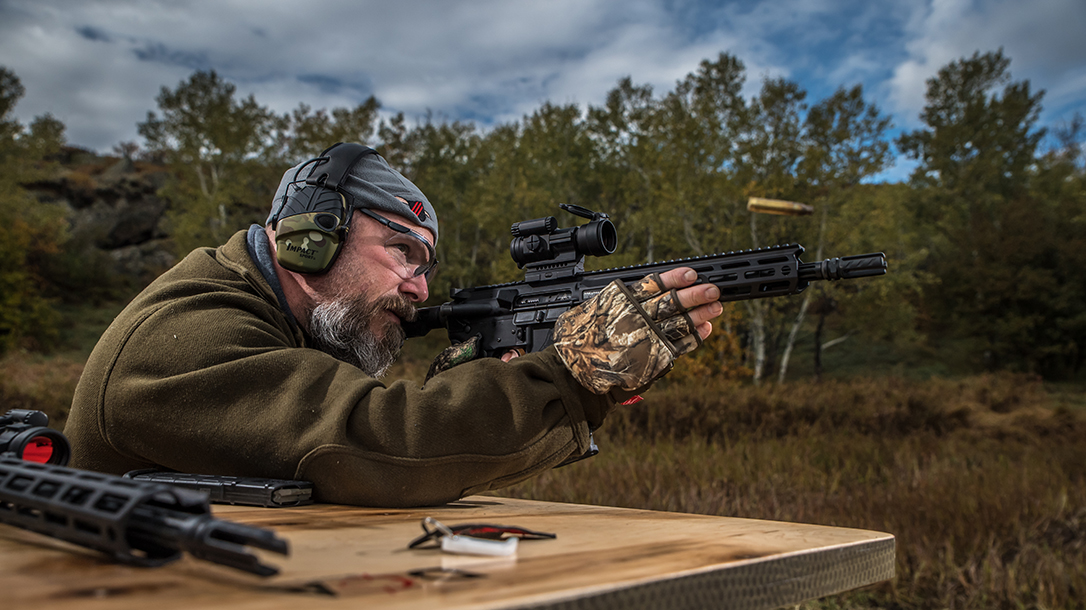 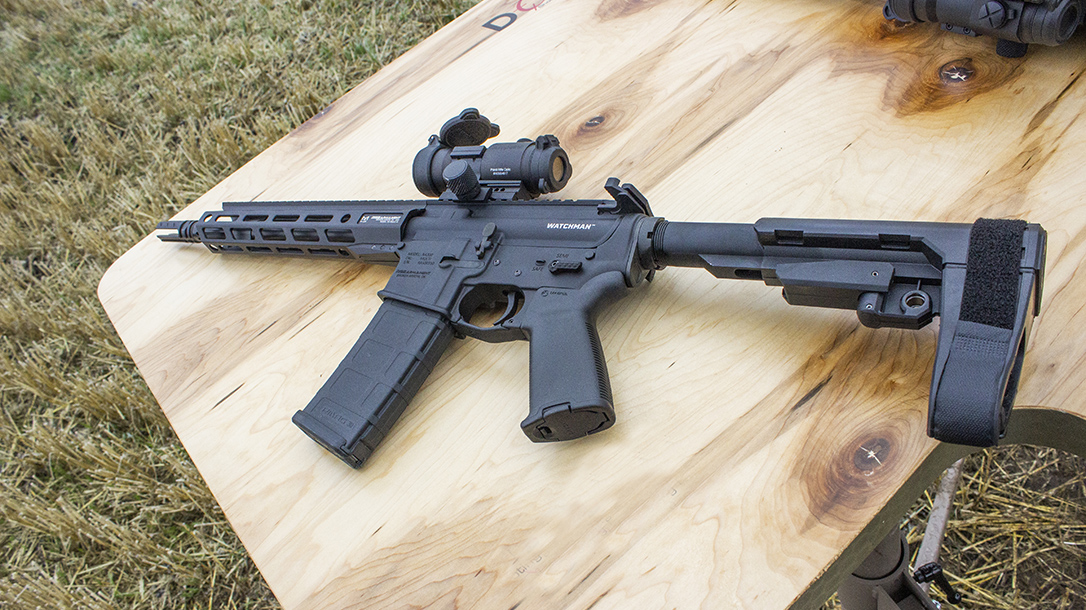 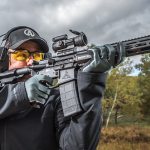 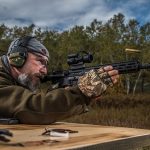 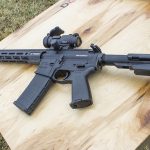 Many companies in the firearms arena support law enforcement. There are obvious degrees to which they do that, but one of the biggest supporters is RISE Armament. RISE is known for its great AR accessories, especially its AR-15 trigger options. However, more recently the manufacturer showed just how deep its patriotism runs. Following the deadly police ambush in Dallas in 2016, RISE Armament started working toward leveling the playing field for law enforcement. The company goal became to get law enforcement a rifle that would serve their needs without breaking the bank. 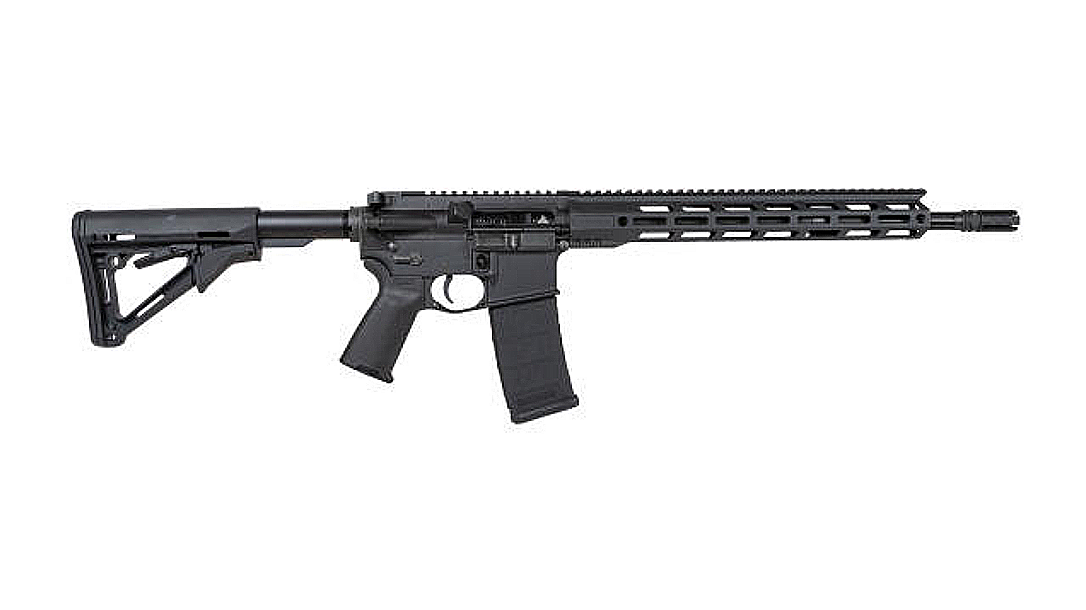 RISE Armament 300LE Rifle Ensures You Are Not Outgunned

“We set out on a mission to do whatever we could reasonably do to ensure officers aren’t on the streets being outgunned by bad guys,” said Garrett Grover, RISE Armament. “We spoke to officers from coast to coast, talked to firearms instructors, competitive shooters and military snipers, and then created a database of the most desired features for duty use. Then we combined them all to make this gun, with the goal of making it fit into a law enforcement officer’s budget.”

This gun was the RISE Armament Watchman. RISE chambered the original guns in 300 BLK and .223 Wylde. The Watchman has become very popular in law enforcement circles with both the Kiefer Police Department in northeastern Oklahoma and the Cherokee Nation Marshal Service, based in Tahlequah, OK. Both recently selected RISE Armament as its AR of choice for officers.

“RISE is honored to have the Watchman rifle and pistol selected for field use by the Cherokee Marshals,” RISE Armament President Matt Torres said. “The Watchman was designed specifically for law enforcement purposes, and it’s exciting to see it meeting the high standards we set for it.”

As guns become popular in law enforcement or military circles, it is only a matter of time before the civilian market begins to clamor for a version they can own themselves. RISE Armament heard the cries and committed to make a pistol version of the Watchman for the civilian market in 2020. The new variant uses an SB Tactical SBA3 pistol brace. The brilliant thing about this is the fact that they are doing it as a pistol.

While an SBR is a great rifle to have and run, the logistics and additional cost connected with the ATF make it a non-starter for most shooters. As a pistol, we get to enjoy all the perks of an SBR Watchman without the paperwork. There’s also no $200 tax stamp.

I had the opportunity to run one of the first Watchman Pistols at the 2019 Athlon Outdoors Rendezvous in Idaho. I had been eyeing it as the RISE set up its tent. Luckily, it was my first stop of the day and I couldn’t have been more thrilled.

The Watchman Pistol is lightweight and very easy to wield. This gun has an 11.5-inch match grade stainless steel barrel with a carbine-length gas system. It’s chambered in .223 Wylde, which makes a big difference for increased accuracy.

Its proprietary fluting also aids in weight reduction. While this is window dressing for some guns, it was well designed and incorporated into this pistol. We want a pistol because we want something light and agile. The Watchman accomplishes that. RISE tells us that the gun is sub-MOA accurate with factory ammo. I believe it as I freely shot from target to target at a variety of ranges effortlessly, proving this gun is an absolute shooter. The Watchman Pistol also has a 10-inch RISE aluminum M-LOK compatible handguard with a 12 o’clock Picatinny upper rail system.

The pistol utilizes RISE’s very own Veil flash hider, which does a great job at helping with muzzle control while still minimizing the flash so common with short barrel guns. The upper and lower are both forged aluminum and mate together perfectly. There was no play or wiggle in the gun when I picked it up or while I was shooting it. It has a nice ambidextrous safety, which is a tip of the hat to all the serious shooters out there that train both strong and support side shooting.

The trigger, as expected, was all RISE Armament. It’s a beaut, breaking cleanly around 4.5 pounds. Reset was nice and short, and the entire action was smooth. This is a crucial point for shorter barrel rifles in that they can be unforgiving in regard to snatching the trigger or poor trigger control in general. Having a nice RISE trigger on the gun gave it the same accuracy potential as those with 16-inch barrels and beyond in my opinion.

My time with the gun was a pleasure. It ran smoothly and effortlessly. It is obvious that RISE designed this gun with intent from a serious company. The Pistol is not simply an SBR that RISE threw a pistol brace on and said, “show me the money.” RISE has done a fantastic job at taking the magic that it has with its LE Watchman guns and putting it into a platform that civilians can own. As far as I know, this will be the first pistol RISE has developed. It is going to be a winner.

The RISE Armament Watchman pistol is well-engineered. It brings the same level of loyal protection to civilians as the Watchman has to LEOs. RISE says the Watchman Pistol will be available in January. For more information, visit RISEarmament.com. 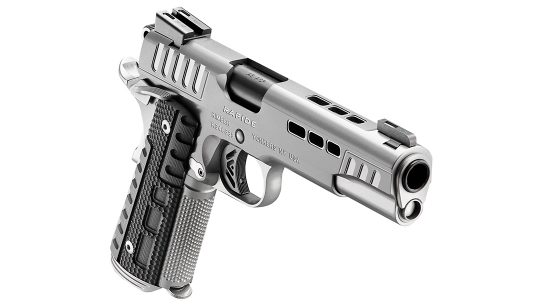 Chambered in three popular defensive calibers, and updated with enhanced components and features, the...