My relationship with small pistols has been tenuous at best. Most don’t fit my large hands, making them literally a pain to shoot. The slide tears a groove in the web of my hand, and I am lucky to get a couple of fingers on the grip. Admittedly, as age creeps up, and after three decades carrying a pistol, it’d be nice to have something lighter, but I don’t want to lose any of my fighting capabilities. 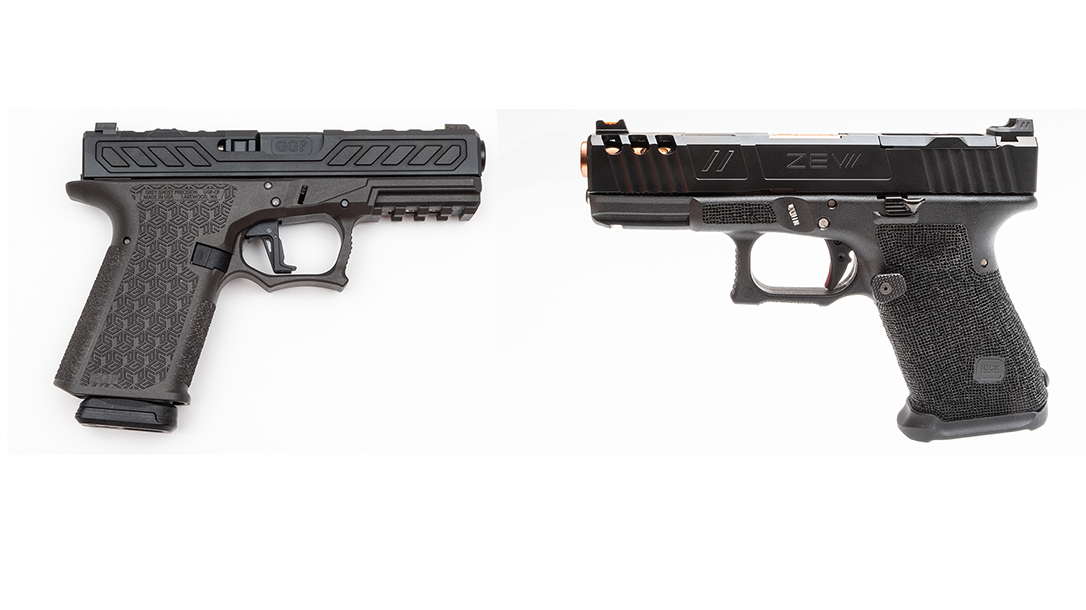 That said, I was intrigued when the 9mm Glock 48 was introduced, as it seemed to check off all the boxes. Essentially a single-stack, 10-round G19 slimmed down for concealed carry, it was what many of us had been clamoring for since the G19 was introduced. And being able to install a G43 slide, making it a G43X, seemed like a nice bonus—sort of two guns for one.

Best Of Both Worlds

Right off the bat, my entire hand fits on the grip of the G48. As I mentioned earlier, the pistol also has a 10+1 capacity and a 4.17-inch barrel, which is just about perfect for me for concealed carry. The slide has front serrations and a silver “nPVD” finish to help it stand out from earlier Glocks, but in many respects, it’s the same design through and through. It comes with a durable polymer frame, a trigger safety, interchangeable backstraps, a reversible magazine catch and polymer sights.

Next, I needed a G43 slide for this experiment. There about a billion aftermarket Glock slides out there, from simple replacements to complex, geometrically carved versions. When I attended the last Athlon Outdoors Rendezvous, Patriot Ordnance Factory (POF-USA) had some custom CNC-machined slides on display. They had all the typical lightening cuts and weighed almost nothing. So, I obtained one for this project and then looked to Brownells for the rest of what I’d need, including a barrel from Agency Arms and all the necessary small parts. Trijicon provided new fiber-optic sights for the G43 slide as well as a set of HD XR tritium sights for the G48.

I then reached out to JM Custom Kydex, which provided an IWB 3 holster with belt loops for the G48. This rig is incredibly secure, and it may be the most comfortable IWB holster I’ve ever used. For years, JM Custom Kydex has been quietly making some of the best holsters you can buy, and for AIWB carry, the company sent along a Wing Claw 2.5 with a set of discreet carry clips and a V-wedge. For the G43X configuration, my friends at RDR Gear put together an IWB holster that can also be used for AIWB carry. Light and strong, it snaps in nicely and weights almost nothing.

The first thing I did was get both slides squared away in terms of sights. I installed the Trijicon HD XR sights on the G48 slide and made sure my shots were lining up with my point of aim at 15 yards. I stuck with the fiber-optic sights for the G43X and was immediately dead-on at 12 yards. These distances are within the sweet spot for such small pistols.

I’ll go ahead and say that the G48 grip frame is a game-changer, too. It was a bit slick at first, but adding some Talon grip material fixed that, and it runs like a single-stack, full-sized pistol. With the G48 slide installed, the gun didn’t feel much different than a G19. The pistol had maybe a tad more recoil, but it was quick to draw, very accurate and not at all uncomfortable to shoot.

Magazine swaps did not pinch my finger, most mags dropped free, and the gun seemed as capable as any small fighting pistol. I proved this a few weeks ago, while I was attending a Close Quarters Pistol (CQP) class at Gunsite Academy. One of the students put more than 1,000 rounds through the G48, and she held her own with everyone else there. The pistol ran great for her, displayed some impressive accuracy and never slowed her down.

Switching to the POF-USA G43 slide, nothing changed other than the weight. In fact, the entire pistol weighed only 3 ounces more than the G48 slide alone. And you’d be hard-pressed to find a more comfortable carry pistol that will run as hard. The Agency Arms barrel was as accurate as can be, and the gun’s reliability was unchanged. No stoppages occurred during weeks of testing, in everything from single-digit to 80-degree temperatures. Even after I dropped the gun in the dirt, the slide lightning cuts did nothing to affect the pistol’s operation. Carrying this custom G43X is just a dream with any of the holsters provided for testing. Tested for both AIWB and IWB carry, it was comfortable, accessible on the draw and about as concealable as it gets.

My accuracy with either of these slides was impressive. Almost everything clustered from off-hand at 15 yards. The factory Gen5 trigger is definitely the best trigger Glock has ever made, and my best group at 15 yards was just an inch wide. Sig Sauer’s 365 ammunition was hands down the most accurate and consistent during this test. Designed specifically for short barrels, it is proven to expand out of the G43X and was still making 1,050 fps. Out of the G48 barrel, the rounds were moving at closer to 1,100 fps.

A Pair of Worthy Carry Guns

During numerous sessions I tried to discern some appreciable difference in recoil between the two slides, and I can’t say there really is any. Using stouter +P ammunition was not particularly pleasant either way, but with standard ammunition, they were about the same. In both cases, I needed a firm grip for repeat shots. This necessity comes with the territory of small and light pistols, but both were manageable. In the end, carrying either would be fine, but the G43X setup is just lighter. 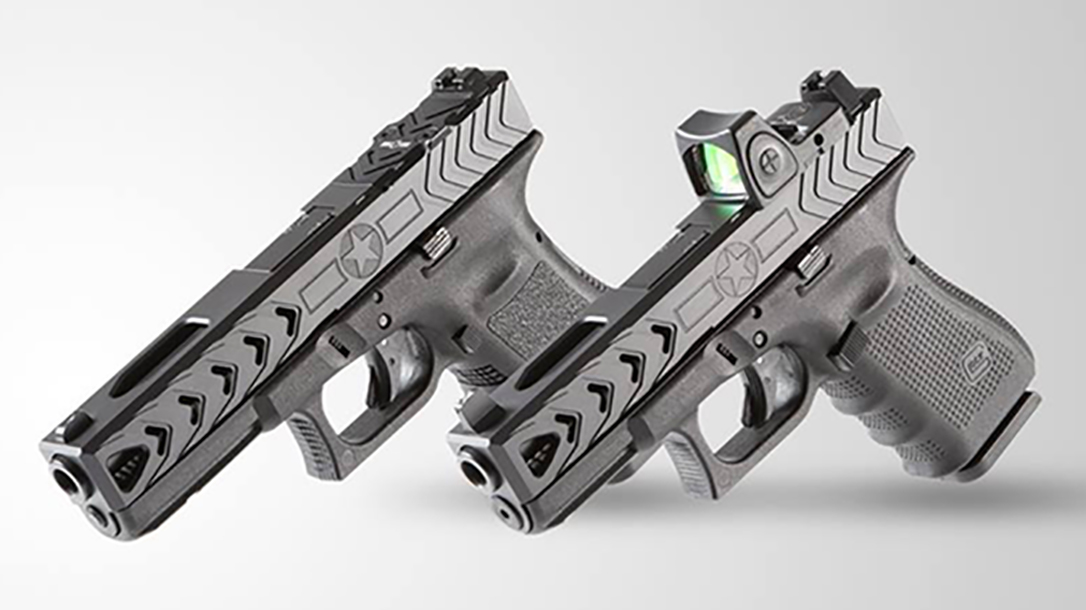 Obtaining a custom slide and a high-end barrel will add to the price if you want to replicate this project. The cost for this G43 slide setup would be excessive for most people, but it doesn’t have to be. Quality slides from Brownells can be had for under $200, allowing you to get this done for less than the typical cost of another G43. And if you have a G43 already, you’re already set.

For me, this G43 slide project started out as more experimental than practical, but in the end, it became a solid carry choice. I commonly carry each configuration in the JM Custom Kydex IWB 3 holster because it’s so incredibly comfortable. Each setup is slim and light, with nothing there to poke you while carrying concealed, yet they make for capable fighting pistols for most real-world confrontations. Everyone I have talked to who’s using the G48 or G43X has been surprised at just how well they shoot, carry and work.

This article is from the October-November 2019 issue of Concealed Carry Handguns magazine. Grab your copy at OutdoorGroupStore.com. For digital editions, visit Amazon.