The incident began when two 15-year-old suspects allegedly attempted to rob the pizza delivery driver at gunpoint, according to dfw.ccbslocal.com. But this driver had a gun of his own, and he shot at them in self-defense. Police confirmed the driver maintained the proper license to carry a firearm.

Both suspects suffered wounds during the attack and received treatment at a local hospital, according to dfw.cbslocal.com. One suspect died from his injuries. Meanwhile, police arrested the surviving suspect, charging him with aggravated robbery. Police interviewed the driver and released him after speaking to both him and witnesses. The driver suffered no injuries during the shooting, according to dfw.cbslocal.com.

The driver’s response becomes even more credible when you analyze what happened mere days prior. In the other robbery, attackers shot a driver five times while attempting to drop off food at apartments in northeast Dallas, according to dfw.cbslocal.com. While the driver took a serious hit, officials expect him to survive. Police arrested a suspect at the scene in this incident as well.

With the threat of gun control legislation swirling at the national level, and with many anti-gun candidates in the mix for the next presidential election, these incidents serve as a stark reminder. Many people in life endure situations where only they can protect themselves. The 2nd Amendment ensures their ability to provide themselves that necessary protection. 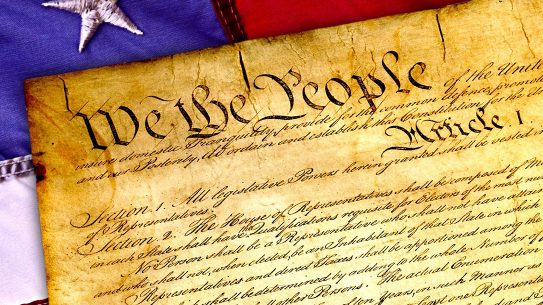