0
SHARES
9
VIEWS
Share on FacebookShare on Twitter
SIG Sauer recently announced the availability of M17 military surplus handguns to the commercial market. The M17 military surplus handguns come from the contract with the U.S. Army, according to the original specifications of the Modular Handgun System (MHS). An exclusive pistol, one limited in availability, the condition of the handguns will vary base on field use. 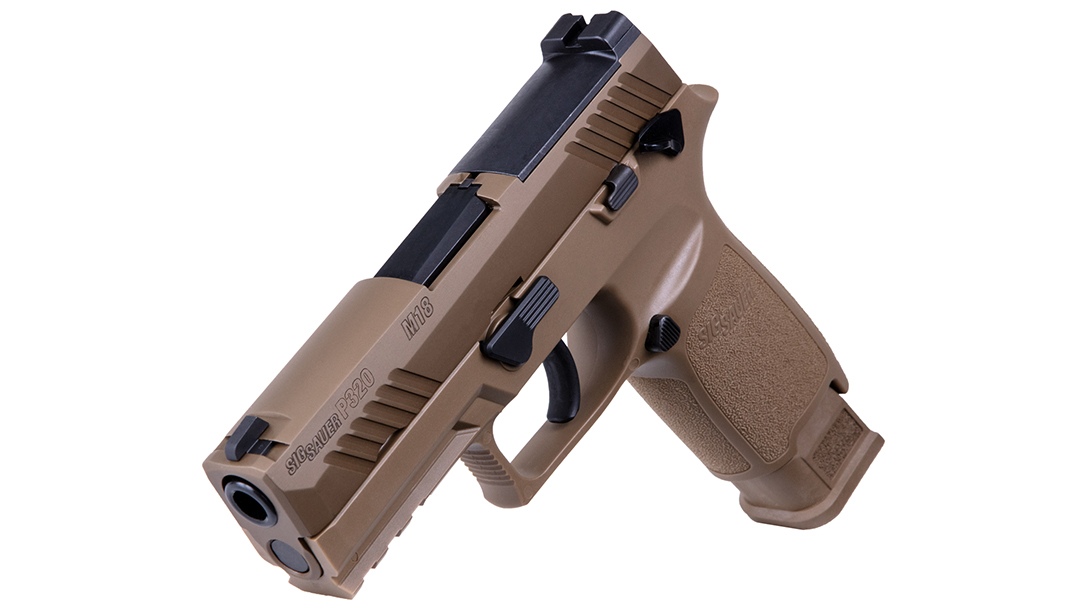 “The M17 Military Surplus handguns are a very special release from SIG Sauer, that gives consumers the opportunity to own a piece of history, and includes a certificate of authenticity,” said Tom Taylor, Chief Marketing Officer and Executive Vice President, Commercial Sales. “These handguns were originally issued by the U.S. Army and fielded during the initial domestic and in-theater deployment of the Modular Handgun System. The unique, one-of-a-kind, features of the M17 Surplus handguns include coyote controls, the original government-issue markings and serial numbers, and orange rear and green front SIGLITE Night Sights, which will make them coveted by both military and firearms collectors alike.”

The handgun also features SIGLITE sights (orange rear, green front) and removable night sight rear plates. It comes with the same optic cut as specified by the MHS contract, ready to fit a SIG Sauer Electro-Optics ROMEO1Pro optic. The M17 features an ambidextrous manual safety and ships with one 17-round and two 21-round magazines. Additionally, it comes with a SIG Sauer M17 Certificate of Authenticity, packaged in the manner as delivered to U.S. troops. For more information, visit sigsauer.com.