Gun manufacturers are introducing “new guns” more frequently than ever before. It happens so often in fact, the excitement and anticipation has been lost for many. This could be due to the fact that companies aren’t being innovative or engineering anything new or different. Instead it’s often just new paint, sights or something purely cosmetic. It’s really just the same gun, leaving the firearms community yawning in harmony. There are a few gun companies that get it and have arrived to the “new gun” scene with a product worthy of fanfare. Smith & Wesson is definitely one of those companies, and it bears witness with its new release, the M&P 9 Shield EZ. 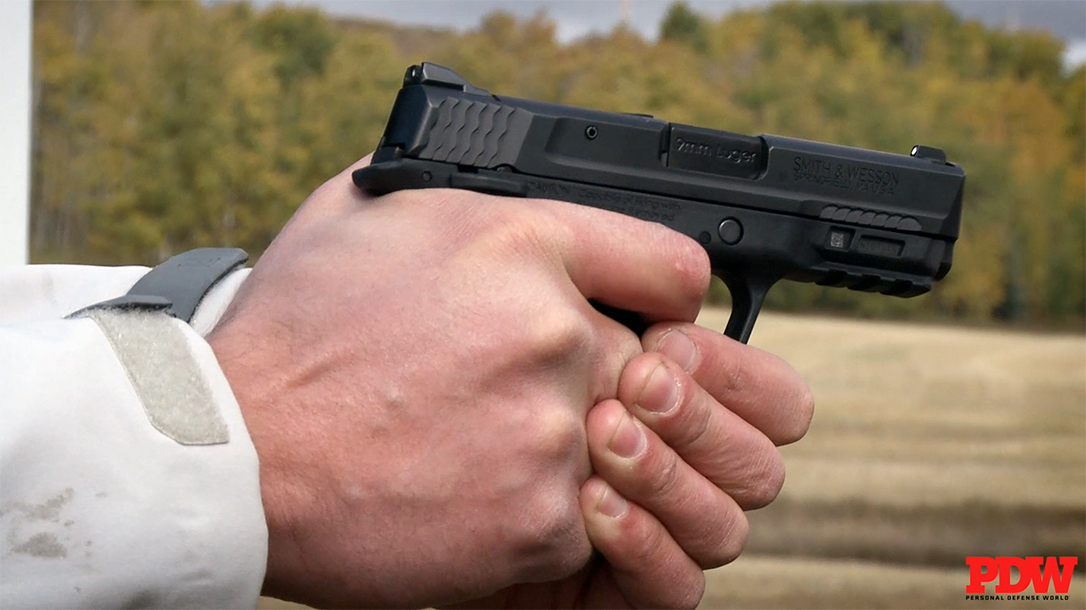 In February 2018, S&W released the M&P380 Shield EZ pistol. This pistol was a genuine and serious attempt to help shooters who struggle with the challenge of running the slide. The only issue for some was the fact that it was chambered in .380. Understanding the needs of its consumers, S&W is bringing the M&P 9 Shield EZ to the table, chambered in 9mm, and better than ever. As S&W states: “Easy to Rack, Easy to Pack, Easy to Shoot, Easy to Load, Easy to Clean and Safeties are built in.”

Some people scoff about the actual need of a gun that is “easy” in so many facets, but there are shooters who struggle to run the slide on regular defensive handguns. The reasons for this are countless, but the challenge is real. As an instructor I have seen many shooters, men and women alike, wrestle with their gun to get it ready to fight. Not even just the slide, but running the entire gun in general with ease.

For many, firearms are a breeze. From shooting and running the gun to disassembling and cleaning, it just isn’t difficult. For others it’s truly frustrating. They want to carry and train, but they find many aspects physically difficult for any number of reasons. The EZ design addresses that and provides a mix of well-known M&P performance with an easier-to-run design. While this gun has many of the same features as other M&P’s, there are several new features we’re going to cover.

One item is the rear serrations on the slide. While they initially appear identical to those found on other M&Ps, if you view the slide from the top you’ll see a difference. The rear of the slide is wider just behind the rear serrations; the resulting ledge of steel provides a great additional surface to manipulate the slide. Another design feature that aids in its easy manipulation is a lighter recoil spring. S&W accomplished this by making the M&P 9 Shield EZ an internal hammer-fired design as opposed to a striker-fired design.

In striker-fired pistols, the recoil spring fights against the striker spring when going into battery. This, mixed with other spring designs in a striker-fired gun, could lead to issues. However, S&W eliminated that possibility. With this design there’s no need to fear malfunction issues or running hotter defensive loads. A side benefit of this spring magic — other than ease of chambering a round — is that it’s easier to shoot and disassemble for cleaning. Something noteworthy regarding disassembly is that it does not require a trigger press prior to disassembly, which is always a nice feature.

Another challenge for shooters is the dreaded “mag thumb.” This is the slow destruction of your thumb through consistent reloading of magazines. While not noticeable in short sessions, high round count classes can be miserable. S&W’s answer is the inclusion of a thumb stud on the side of the M&P 9 Shield EZ magazines. This is the first time I have seen this on a centerfire gun and it is a welcomed addition. Pretty much every .22 LR gun I have has incorporated this small loading assist device, and S&W proved its brilliance for adding it here. The EZ’s stainless steel magazines hold eight rounds and have numbered witness holes and visible orange followers.

Build-wise, the gun is pure M&P. Along with it’s easy-to-rack slide, S& W has included a crisp, light trigger that has a great audible tactile reset. It has continued the use of a grip safety as it did in the .380 version, which gives an additional layer of safety. A nice, and serious inclusion, are windage adjustable rear sights. This allows you the chance to dial in accuracy and make it fit you. The grip is a comfortable 18-degree angle to optimize the gun for a more natural point of aim. It has a very 1911 feel, grip-wise, and it worked very well for me. For the grip texture, S&W has created a texture it claims is “optimized to size and recoil.” As far as “optimization” goes, I truly couldn’t say, but the grip is comfortable and does provide an excellent surface without destroying your hand.

Keeping with a trend, the gun has a loaded chamber indicator, which is focused on being a “Tactile Loaded Chamber Indicator.” To me this is a big deal because we may not have sufficient light to execute a chamber check and being able to feel for it is helpful. Catering to right- and left-hand shooters alike, S&W has designed the magazine release to be reversible. The gun also comes both with or without an external safety. The final touches are a Picatinny rail and an Armornite durable, corrosion resistant finish. 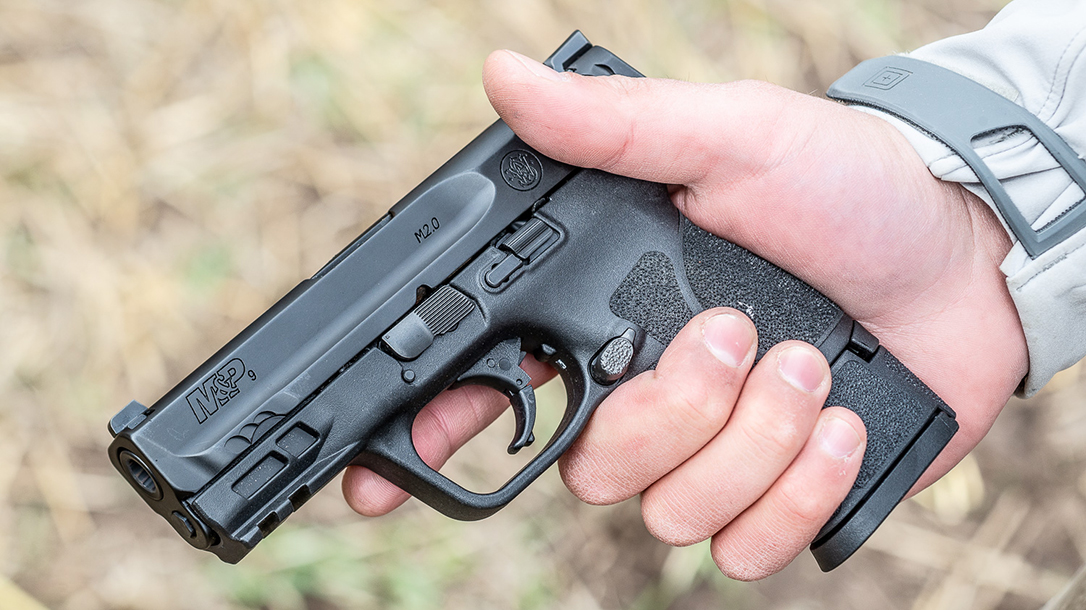 Performance-wise the gun ran beautifully. I was recently able to spend time running the EZ at the Athlon Outdoors Rendezvous. I personally do not have issues with gun manipulations, but I could honestly tell the difference in ease with the S&W 9 EZ. It’s smooth shooting, has minimal recoil and the grip angle felt very natural to my hand. I loved the trigger; S&W has really come a long way in this area. The EZ trigger is light and crisp and the audible, tactile reset is one of my favorite features with this gun. From looks alone you can tell that even concealed carry would be easily achieved with the EZ.

Overall, I was truly impressed with the S&W 9 Shield EZ. I believe it holds true to its claims of bringing more ease to shooters in every way possible. The EZ is definitely not just another “new gun” to inspire yawn. It’s well engineered, true to its purpose and well worth checking out.