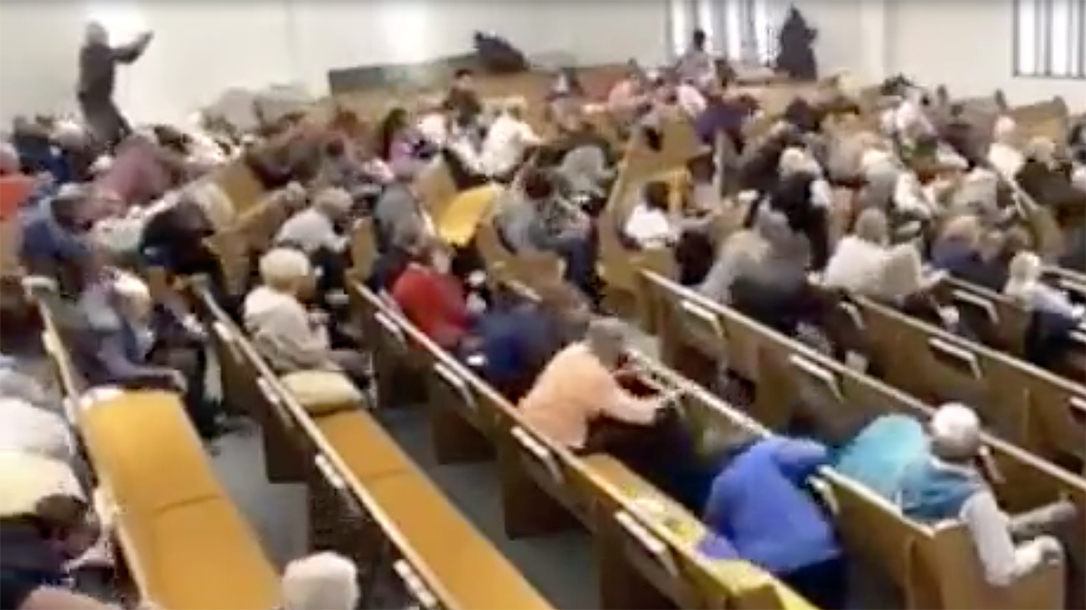 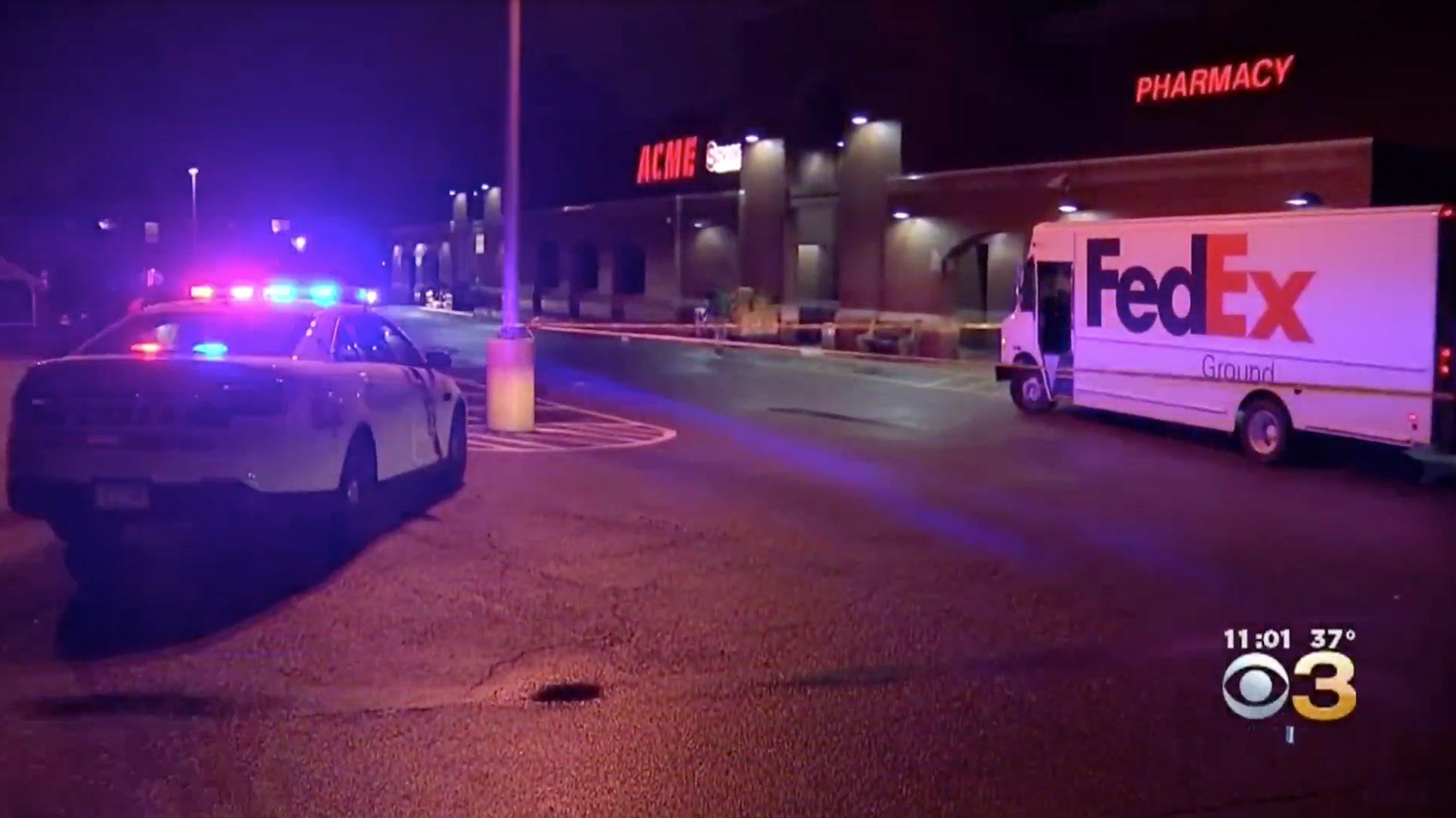 We won’t acknowledge the name of the gunman, but the two victims have been identified as Deacon Anton “Tony” Wallace and Rich White, according to Heavy.com. The security guard who ended the threat is Jack Wilson — remember the name, because he’s a hero.

Footage shows the gunman open fire on a White, who rises and goes for a gun of his own after the suspect pulls his firearm. It’s possible White was another member of the church security team. As White takes gunfire, Wilson draws his pistol in the background. The suspect then turns his firearm on Wallace and opens fire. At that time, Wilson takes aim and drops the suspect with a well-placed headshot at about 40 feet. The entire encounter last just two seconds from the first shot to the last.

The video is below. A warning: while not graphic, it is obviously very unsettling.

A gunman opened fire in a Texas church on Sunday, killing two people and injuring others before two "heroic" parishioners shot and killed him at the scene. pic.twitter.com/7MXalff15h

“We lost two great men today, but it could have been a lot worse, and I am thankful our government has allowed us the opportunity to protect ourselves,” Britt Farmer, the church’s senior minister, told dallasnews.com.

“The heroism today is unparalleled,” Lt. Gov. Dan Patrick told dallasnews.com. “This team responded quickly, and within six seconds the shooting was over.”

Wilson, a firearms instructor, acknowledged the shooting on Facebook.

“I just want to thank all who have sent their prayers and comments on the events of today,” Wilson said. “The events at West Freeway Church of Christ put me in a position that I would hope no one would have to be in, but evil exist and I had to take out an active shooter in church.

“I’m thankful to GOD that I have been blessed with the ability and desire to serve him in the role of head of security at the church. I am very sad in the loss of two dear friends and brothers in CHRIST, but evil does exist in this world and I and other members are not going to allow evil to succeed. Please pray for all the members and their families in this time. Thank you for your prayers and understanding.”

Other Parishioners Armed as Well

The footage clearly shows an incredible response from not just Wilson, but church members as well. Mere seconds after the gunman is down, it appears at least five armed civilians stand with weapons drawn.

“I would like to point out that we have a couple of heroic parishioners,” Jeoff Williams, regional director for the Texas Department of Public Safety, told dallasnews.com. “Our hearts are going out to them and their families as well … The citizens in this community have a lot to be proud of.”

With mass shootings an all-too-common crime in America, the shooter could have done way more damage if not for the armed citizens involved. Another town, one without concealed carry holders, and this active shooter claims many more casualties. But not in this Texas church.

“Today evil walked boldly among us,” Tarrant County Sheriff Bill Waybourn told dallasnews.com. “But let me remind you, good people raised up and stopped it before it got worse.” 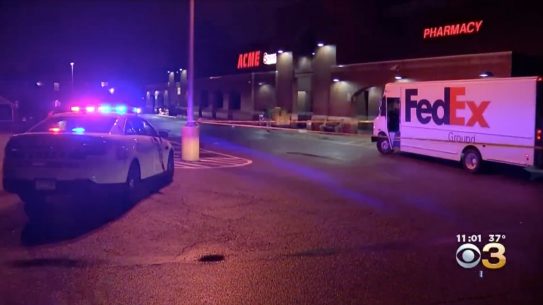 Shortly after making a delivery a week before Christmas, a Philadelphia FedEx driver got...