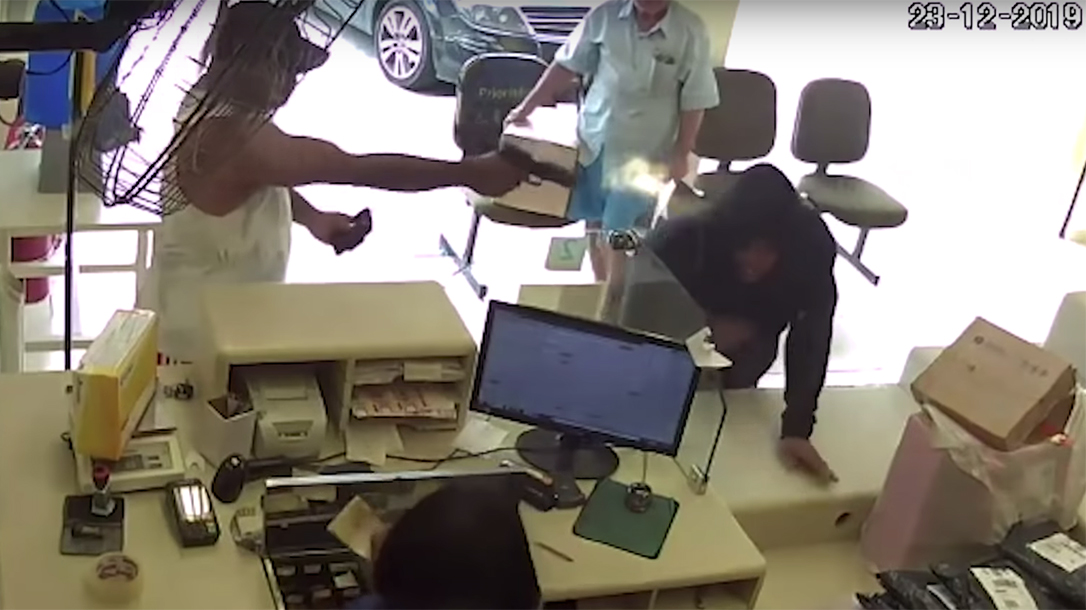 CCTV footage out of Brazil shows a concealed carrier quickly end an armed robbery attempt inside a local post office. The Brazilian concealed carrier puts several rounds right into the head of the robber, emphatically stopping the threat. 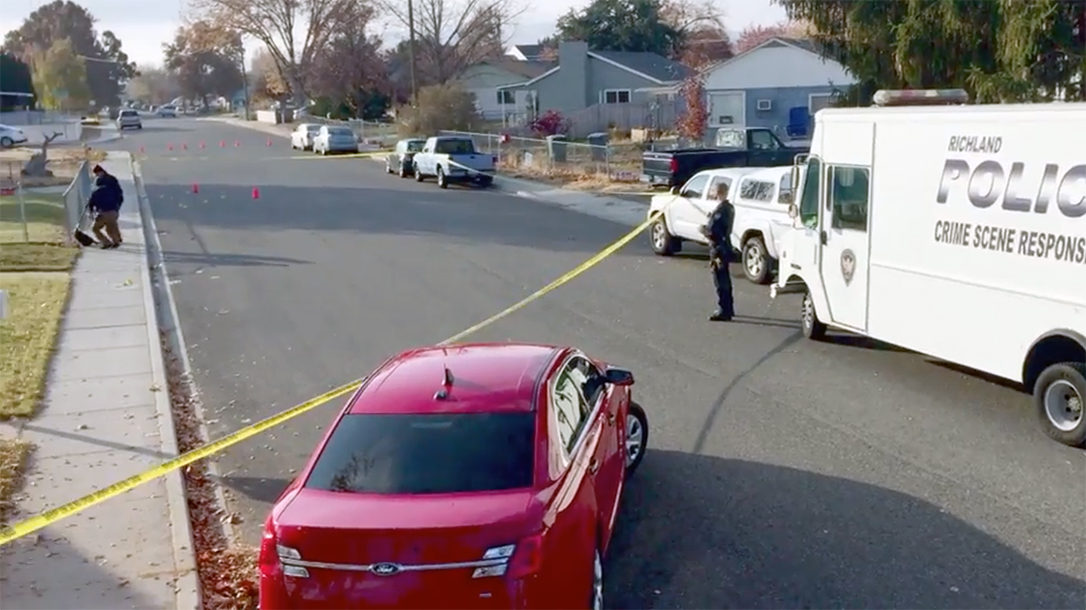 Unconfirmed reports call the defensive shooter an off-duty officer or military police officer. Regardless, the fatal shooting illustrates the importance of carrying at all times. The entire incident lasts mere seconds. And in this situation, the strong-side carry proved to be the advantage required to overtake an assailant with gun already in-hand.

Watch the video in the Twitter link below. WARNING: The video is obviously graphic.

Even more remarkable is the sheer speed at which the attack happens. From the time the armed robber walks into the building, only roughly six seconds transpire before the concealed carrier pulls his gun and fires. So in six seconds, the man recognizes the threat, moves his hand discreetly to his waistband, and draws his pistol. Footage shows him reacquire the gun to gain a better grip. Then he moves swiftly and fires into the gunman.

The other key fact that stands out is the conviction shown by the concealed carrier. Once he decides to fire, he keeps on firing until the suspect remains down. The very first shot appears to enter the suspect’s head. But he shockingly remains upright, potentially still a threat. The concealed carrier then keeps firing until the threat is completely down and out on the ground.

We don’t know many details on this one, but one thing is clear: a good guy with a gun saved lives. For more videos on personal defense, visit Personal Defense World on YouTube. 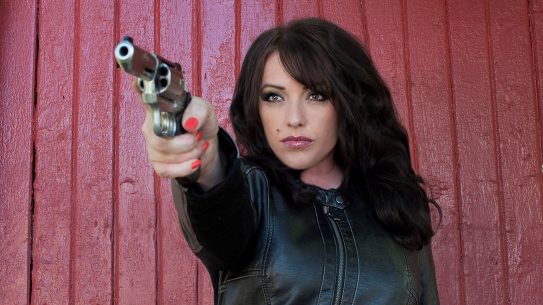 Concealed Carry Revolvers: Tips to Get the Most From Your Wheelgun

Concealed carry revolvers remain one of the best defensive tools around, so follow this...