Let’s nerd out for a minute. Think back to 1981’s Escape from New York, starring badass Kurt Russell as antihero Snake Plissken. In this fun sci-fi action thriller set in the far-off future of 1997, Snake is tasked with rescuing the president of the United States from Manhattan, which has become the entire country’s only maximum-security prison, after Air Force One crashes. 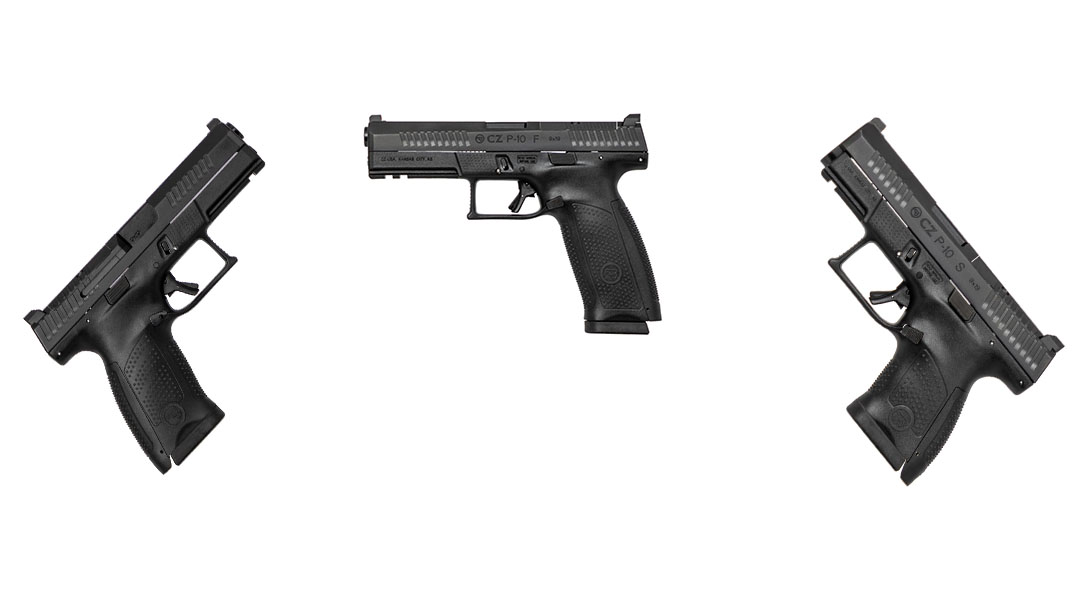 There’s a great scene where we find the bad guy, Isaac Hayes, using the president as target practice for the suppressed and scoped MAC-10 he stole from Snake. (And the scope is mounted on the suppressor, no less.) Hayes makes the president repeat the phrase, “You are The Duke. You are A-Number-One” over and over. In fact, everyone on the island fears The Duke and calls him “A-Number-One.”

Well, I couldn’t help but think of that when I first read the name of this 9mm from CZ Custom. The A01-LD is a beautiful pistol that immediately belongs at the top of the heap. It’s certainly good enough for The Duke or Snake Plissken, who’d probably ditch his scoped Smith & Wesson Model 67 in a heartbeat for it.

Whether they’re classic models or more modern iterations, CZ 75s are renowned for their accuracy and ergonomics. Their fans are legion. And in the competition world, the Shadow variants reign supreme because of their handling characteristics and amazing triggers. Seriously. I first shot a CZ Shadow 2 in October of 2017 and still consider its trigger the gold standard to this day.

Now, that’s all fine and good. But if you want something a little extra, you should look to the folks at CZ Custom in Mesa, Arizona. Take a second to peruse the company’s website and you’ll find every manner of CZ firearm screaming for your attention, with custom touches like bright grips, action tuning, new triggers, faster sights. (Apologies to your wallet in advance.) These gunsmiths specialize in making already-great guns even better.

The new A01-LD is a little different, however, because it’s built from scratch at CZ Custom. It’s essentially “the evolution of the Shadow series” according to its CEO, Angus Hobdell, who has also been a member of CZ-USA’s shooting team since it was founded in 2004. He’s won multiple national and international titles and, as you can guess, knows a thing or two about crafting weapons built for speed. The “A” here stands for Angus—and the grade I’d give the workmanship.

The first thing you’ll probably notice is the steel frame, which is hammer forged, CNC machined and then blued. It has a massive full-length dust cover up front to soak up recoil and reduce muzzle rise. This translates to faster follow-up shots.

Another nod to speed comes in the form of the undercut triggerguard and extended beavertail, which work together to promote a high grip, thus lowering the bore axis. The grip panels are made of G10, and they’re aggressive without biting. They’re paired with 25-lpi checkering on the front- and backstraps. Meaning this gun won’t shift at all in your hands while firing. In fact, as soon as I picked up the A01-LD, I was quickly reminded of the CZ 75’s ergonomics and knew that this gun wouldn’t come out of my hands anytime soon.

The magazine well is expertly beveled for smooth reloads, and the gun is designed to accept double-stack P-09 magazines. Two 19-rounders with large basepads are included, but you can also get 21-rounders. These steel magazines have bright orange followers and witness holes as well—subtle touches you might take for granted until you use lesser-quality magazines.

Machined from 4140 bar stock, the slide is easy to rack with front and rear serrations. A large red fiber-optic sight rides up front, and at the rear is an all-black, low-mount sight made by CZ Custom. This is my preferred sighting setup for handguns. The backside of the rear sight is serrated to reduce glare, and its square notch makes for easy alignment with the front sight. I couldn’t be happier there.

Then you have an external extractor, a beveled ejection port and the beautiful barrel hood, which is engraved with the CZ Custom logo. But the bull barrel itself deserves a word. This match-grade, 4.93-inch-long tube is made from 416 stainless steel and provides a nice contrast with the A01-LD’s all-black look. The barrel is tightly fitted and paired with a full-length guide rod that requires a separate (but included) hook for removal. Read the instruction manual for the takedown process.

For controls, you have a ring-style hammer, an ambidextrous thumb safety—not a decocker—and an extended magazine release. Then there’s the trigger, which is simply wonderful and immediately reminded me of the CZ Shadow 2’s. In double-action (DA) mode, it’s rated for an 8- to 8.5-pound pull weight, which isn’t too bad. But you’re probably going to shoot this gun in single-action (SA) mode, and here the trigger weighs between 3 and 3.5 pounds. The reset is extremely short and crisp, and to be quite frank, I was grinning with every shot.

If you couldn’t tell, I was extremely excited to take the A01-LD to the range. In fact, one of the guys who works behind the counter at my local gun shop in Atlanta merely said, “I hate you,” when I pulled this gun out of its hard, foam-lined case. It’s an enviable gun just for its looks alone, but once you actually fire it, you’ll start wondering about your credit card balances.

I ran six different 9mm loads through my test sample, and the gun never missed a beat. I must’ve burned through at least 400 rounds, yet the A01-LD just kept running. The reliability alone was impressive, but the accuracy sealed the deal. Shooting off-hand out to 20 yards, none of my groups were wider than 2 inches. I could’ve pushed the handgun farther, but my eyes aren’t exactly on par with an eagle’s thanks to my astigmatism. Nonetheless, this pistol made me look like a crack shot. My best five-shot group at 25 yards came in at just 0.5 inches.

Yes, with a Ransom rest, I’m sure I could’ve stacked rounds for each of the six different loads. But I wanted to get a feel for how the A01-LD would actually be used out in the real world. The recoil was virtually nonexistent thanks to the heavy dust cover, and the sights barely shifted off target after every shot. It was easy to engage multiple targets, too. 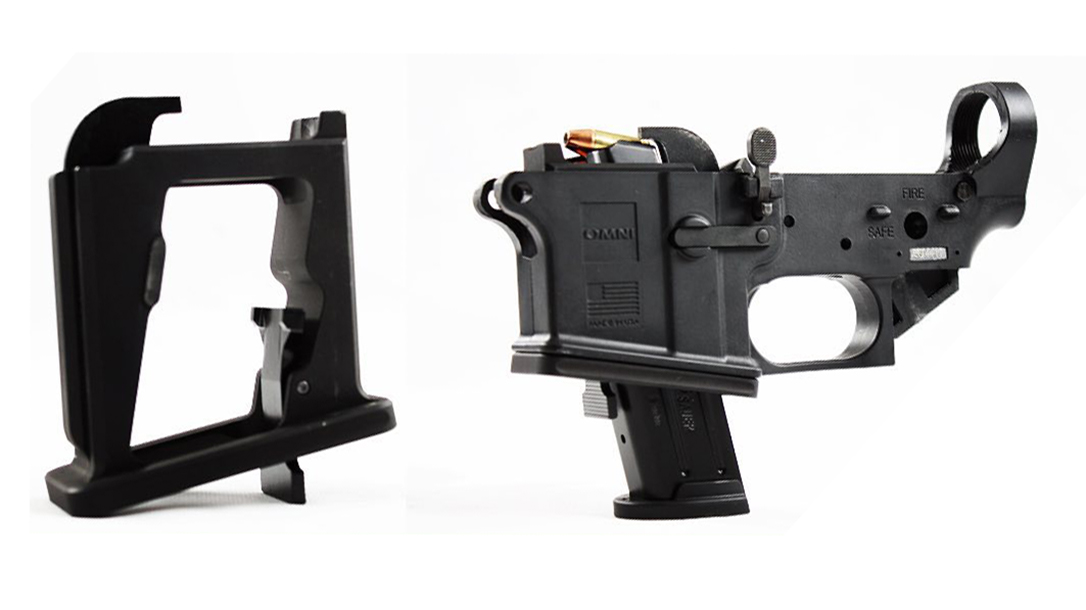 For a little fun, I shot out various “playing cards” on a target with my girlfriend, and let’s just say that the face cards never knew what hit them. She’s relatively new to firearms, by the way, but you wouldn’t have known that from watching her fire the A01-LD. She was confident, precise and having fun. It doesn’t get much better than that.

The A01-LD is an impressive gun. Like I said before, it’s fit for The Duke of New York. I consider it “A-Number-One.” And, sure, it comes at a price. But I think it’s worth it—and that’s coming from someone who’s jaded from testing dozens of firearms. I’m excited about this gun, and I hope you get a chance to put one through its paces. You’ll have a great time at the range. For more information, visit cz-usa.com.

Bullet weight measured in grains and accuracy in inches for best five-shot groups at 20 yards.

This article is from the January-February 2020 issue of Combat Handguns magazine. Grab your copy at OutdoorGroupStore.com. For digital editions, visit Amazon.