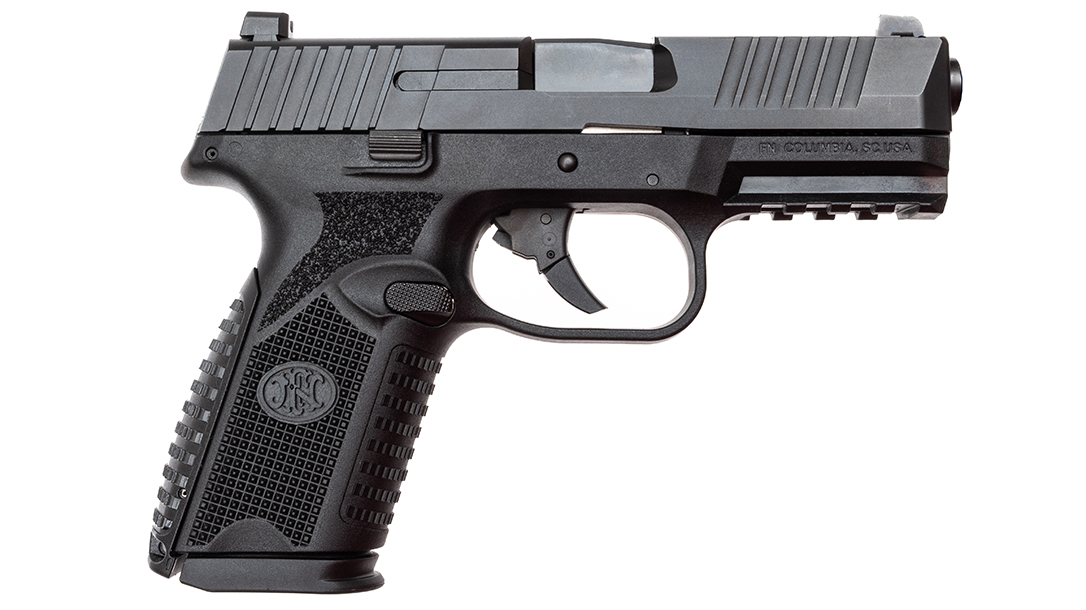 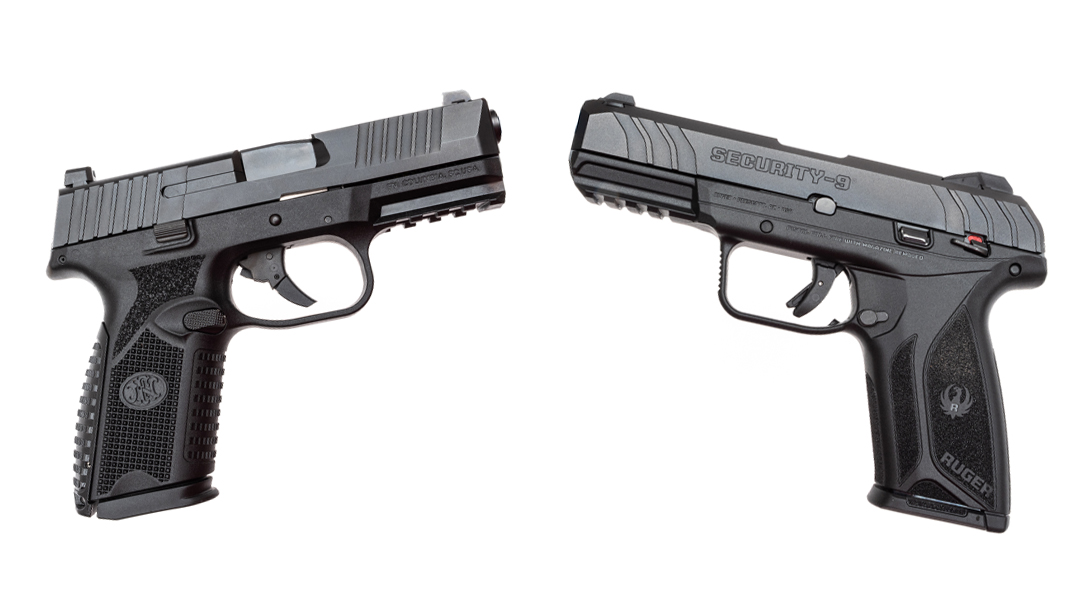 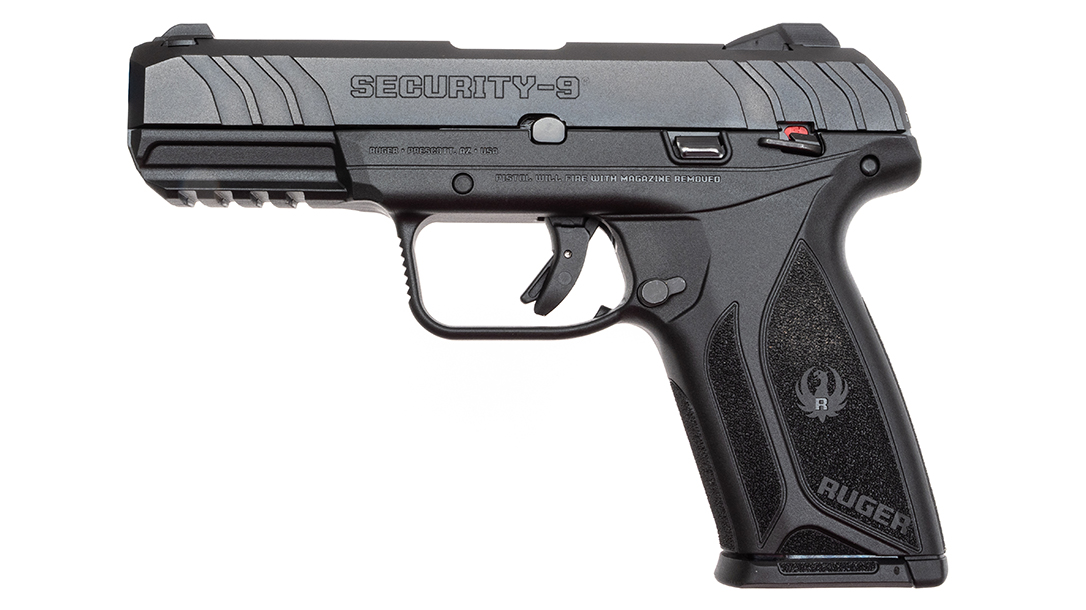 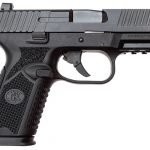 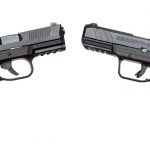 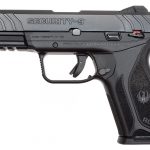 With the ever-increasing popularity of polymer-framed 9mms, there is no shortage of new pistols being unveiled to address a particular need. Pistols of all sizes and shapes are being introduced, but it seems that the most popular are compacts, and for good reason. Mid-size pistols have a decent capacity while still being fairly concealable. For those on a limited budget, they remain the best compromise for home defense and concealed carry. 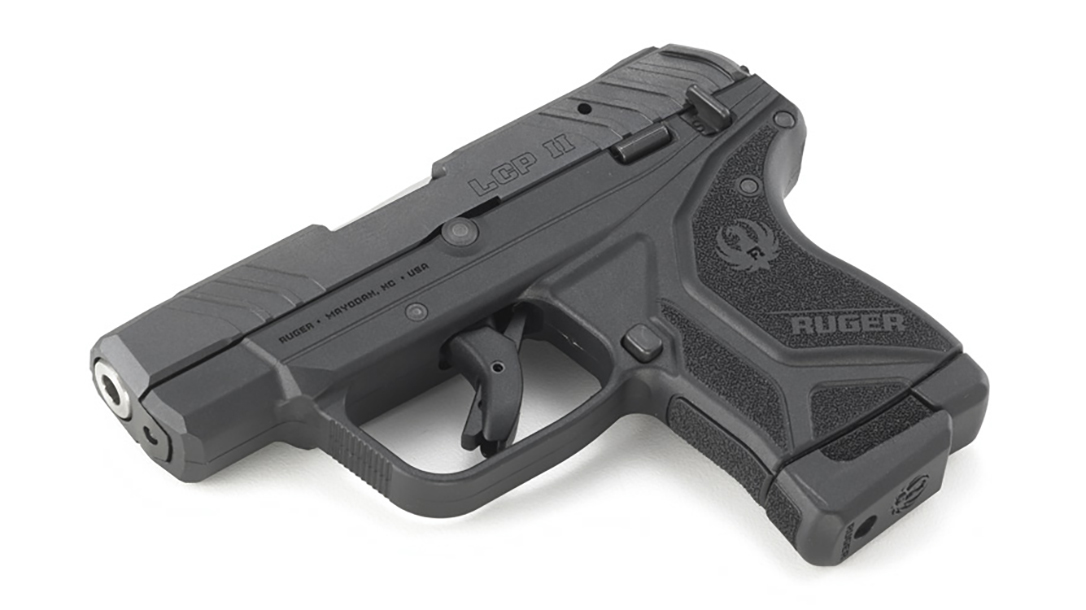 FN and Ruger have staked out their own territory in the polymer-framed marketplace, and both have recently introduced their own mid-size offerings to compete for that consumer sweet spot. In this article, we’ll take a look at the FN 509 Midsize and the Ruger Security-9 to see how they fare in a head-to-head matchup.

It wasn’t that long ago when FN stormed the castle with its 509 pistol. Over 1 million rounds were spent during the development of FN’s new polymer marvel. FN opted to produce a pistol that combined a full-sized frame with a slide and barrel more in line with compact pistols like the Glock 19. This head-scratching combination allowed for a 17+1 capacity but made concealed carry somewhat tricky, since the grip is typically the hardest part of a firearm to conceal.

FN’s follow-up to the original 509 is the new Midsize model, which utilizes a shorter frame that houses 15-round magazines instead. Like its predecessor, everything about the FN 509 Midsize looks and feels like a military-grade piece of engineering. Made here in the U.S., the striker-fired pistol is supplied with two interchangeable backstraps to adjust the grip to fit the user. The grip itself has three levels of texturing, with some improved texturing on the backstrap over the original 509’s. The area around the magazine release has also been redesigned for easier access.

Like the Ruger, the 509 Midsize includes front and rear cocking serrations along with a Picatinny rail, and the slide is beveled at the front. There is no manual safety, but four passive safeties are built in. The magazine release and slide stop are also ambidextrous. While the former is great for left-handed shooters, I still experienced the same issue that I did when I tried the original 509. When depressing the release, the button on the other side of the pistol tried to come out and press against my fingers. This prevented a positive release unless I shifted my hand slightly. For this reason, I would much prefer a reversible release.

The stainless steel slide and cold-hammer-forged barrel are both finished with a ferritic nitrocarburizing (FNC) process for extreme wear and corrosion resistance. The barrel also has a recessed crown for protection against drops and to help stabilize the round as it leaves the pistol. This isn’t common on pistols of this type.

Another advantage over the original 509 is a flatter trigger face that a lot of users seem to prefer. I was pleased to find that the trigger pull was better than a full-size 509 I tried in the past. There was some rubbing during the take-up, but the real treat was the fairly crisp break at 5.42 pounds on average. The audible and tactile reset was also quite good.

The FN 509 Midsize comes standard with luminescent three-dot sights, though night sights are available as an upgrade. The pistol also ships with two 15-round magazines and will accept 17- and 24-round magazines from FN.

Ruger has long been known for its ability to manufacture quality firearms at a price point that delivers a lot of bang for the buck, so to speak. Ruger’s latest entry, the Security-9, keeps that tradition going strong. With a frame built from glass-filled nylon, the Security-9 incorporates an anodized aluminum chassis with full-length guide rails. Its internals borrow a couple of design cues from the original LCP with Ruger’s new Secure Action.

At first glance, the Security-9 looks like a striker-fired pistol with a blade safety on the trigger, but it makes use of a hammer rather than a striker. Despite any negative connotations the word “hammer” might give rise to in your mind, rest assured. The Security-9’s trigger pull and break is as light and as smooth as any striker-fired pistol on the market. In fact, I’d say that it is better than most. According to my Lyman digital scale, the Security-9’s trigger broke at an average of just 4.55 pounds. However, the trigger had to travel almost completely forward to reset.

The Security-9’s frame incorporates a Picatinny rail for lights and lasers, and subtle texturing adorns all four sides of the grip. The controls were a little finicky for me to manipulate, especially the slide stop. There’s a lip that surrounds the lever to perhaps keep it from being pushed up while the pistol is fired. In theory, it’s a good plan, though the lever’s tiny size and angled top made it fairly slick and difficult to engage. The magazine release was positive, with just the right amount of resistance, but it’s also very small. The Security-9 does have a small external safety that’s easier to flip off than on, but it’s there for those that like the extra level of protection.

The slide is fashioned from a through-hardened alloy that has been blued. Like most modern pistols of the day, the slide sports both front and rear cocking serrations as well as careful beveling for easy carry and reholstering. The pistol is supplied with polymer dovetailed sights, with a white dot up front and a white-outlined rear unit. Additionally, two 15-round magazines are supplied—another positive note considering the pistol’s price.

I recruited a friend to help me with this matchup, but I left him in the dark on prices so I could get some objective feedback as we tried various loads from CCI, Federal, Hornady and Sig Sauer.

Each pistol had its particular strengths and tradeoffs. While the trigger on the Security-9 was crisper and lighter of the two, the FN 509 Midsize seemed to soak up the recoil much better. Whether it was the extra weight or the more aggressive texturing of the 509 that helped it stay locked down, it was hard to tell. The Security-9 just seemed to be a bit snappier, though it wasn’t way out of line.

On the other hand, the Security-9’s grip felt more comfortable after extended shooting, due in large part to the more subdued texturing. However, I changed out the backstrap on the 509 and installed the smaller one without the pronounced arch. This improved my comfort level dramatically.

With regard to accuracy, both pistols did very well at distances of 7, 10 and 15 yards, though the FN had a slight edge in this category. At 10 yards and shooting off-hand, I was able quickly empty 10 rounds from the 509 into a 2-inch group using 124-grain Federal FMJs. The Ruger Security 9 wasn’t far behind, coming in at 2.5 to 3 inches with 10-shot samples from both of us.

This could have been just a variance with what ammunition each pistol preferred, but similar results were achieved with different weights and bullet types like Hornady’s Critical Defense rounds and Sig Sauer’s Elite V-Crown ammo. The sight arrangement could have played a role as well. I found the sights a little small and narrow on the Security-9 while the sights on the 509 seemed to be a perfect match for my eyes.

Neither pistol experienced a single malfunction, and that wasn’t surprising, to be honest. Both companies are well known for their firearms’ reliable operation. The biggest differences at the range were in the handling and operation of the controls, and each had its weak points—the FN with its stiff ambidextrous magazine release and the Ruger’s tiny slide stop. That said, those are minor points in the grand scheme of things when it comes to a defensive pistol. 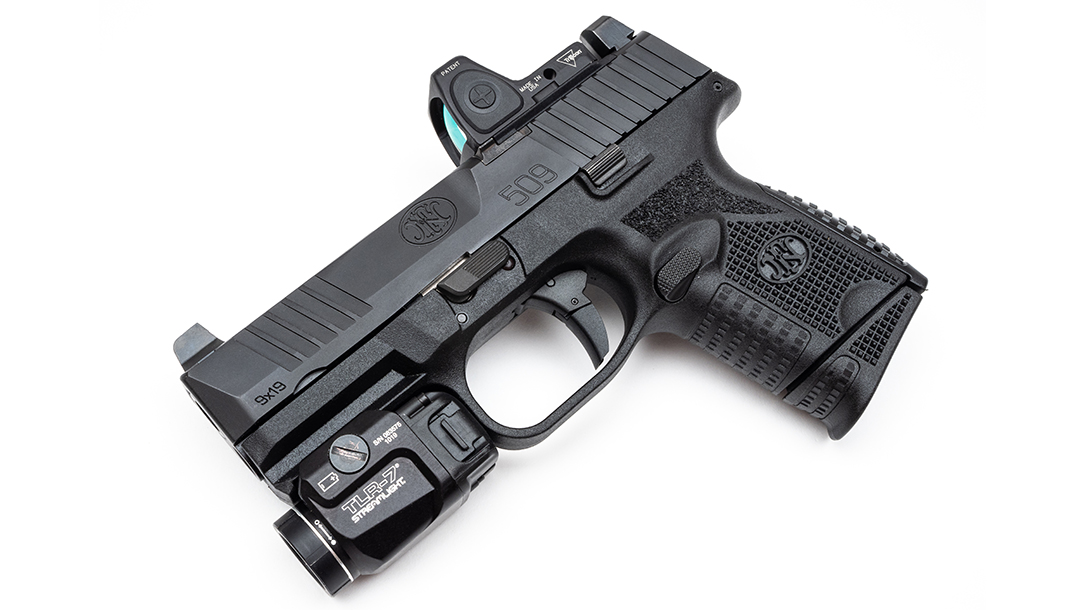 With an MSRP of $370 for the Ruger and $649 for the FN, there’s a significant difference in the price of these two pistols. For the extra money for the 509 Midsize, you get the stainless steel slide and barrel, steel sights, a more durable FNC finish and a little extra attention to detail like with the grip texturing. However, the Security-9 more than holds its own with its excellent trigger pull, external safety, comfortable grip and a price that will let you pick up extra magazines, a holster and ammunition.

As always, it comes down to your capabilities and priorities. But no matter which pistol you choose, both are ready to serve at home and on the street, and neither will let you down.

This article is from the January-February issue of Combat Handguns magazine. Grab your copy at OutdoorGroupStore.com. For digital editions, visit Amazon. 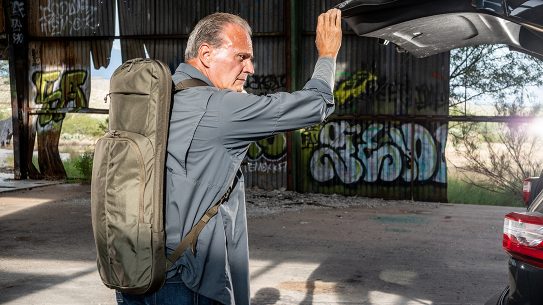 At just 26.5 inches overall, the powerful, compact Mossberg Shockwave benefits from these four...