It’s been a busy week for Springfield Armory. First came news of the 20+1 and 22+1 Springfield XDM Elite pistol series. Then came the Springfield Ronin 1911. And now we got tipped off of three new defense offerings, one of which is the Springfield SAINT Edge EVAC Pistol seen here. This is a cool one. The takedown AR pistol design includes a discreet carry storage back for the ultimate in disaster preparedness. In short, with the SAINT EVAC Pistol, you’ll be ready for anything. 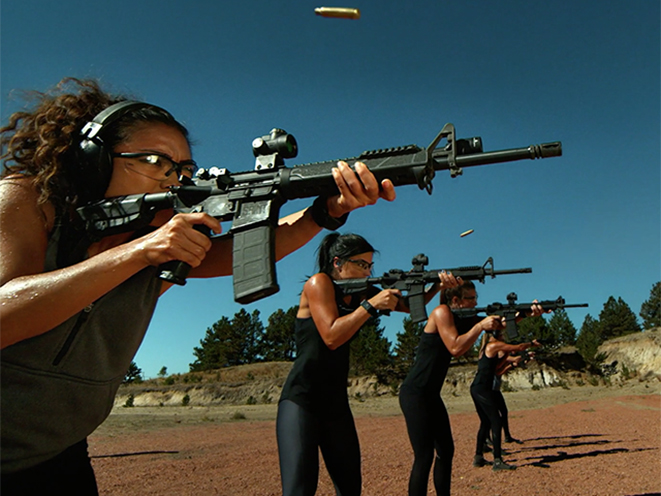 We can’t even begin to articulate how excited we are over this product. The takedown concept is clearly nothing new, however, it seems most often the concept is applied to rimfires and even lever guns more often than AR-style arms. True enough, the AR design brilliantly already breaks down into two pretty compact halves between the upper and lower receiver groups.

But the Edge EVAC potentially gets smaller than most. With what looks to be a sub-10-inch barrel (again, full details later in 2020), the overall length will be short. However, with a folding brace attached to the lower receiver, now we have the potential for a truly compact AR takedown design.

A lot of speculation here admittedly, but the photos got us pretty excited. We can’t wait to see the full release, and our opportunity to get the new SAINT EVAC Pistol on the range. For more information, visit springfield-armory.com.