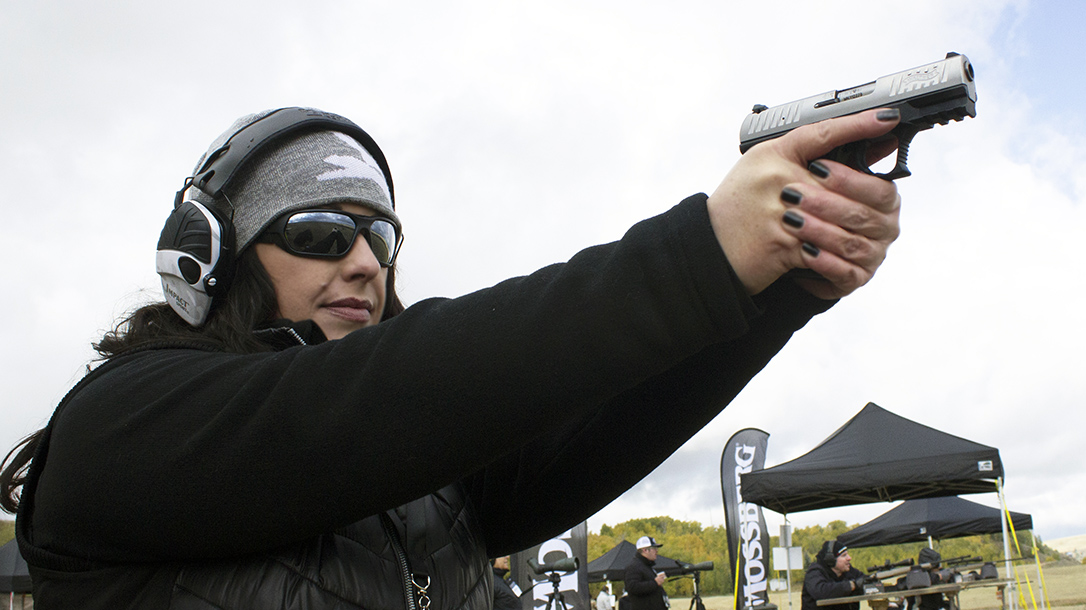 The Q4 Steel Frame adds weight not commonly found on polymer-framed pistols. As such, it distributes 40 ounces of weight to drastically reduce felt recoil. It also improves shooter performance, according to Walther. The distribution creates balance in hand, allowing the shooter to take advantage of the pistol system.

The company’s Quick Defense Trigger provides an alternative to heavier designs. It provides a crisp break and short reset, according to Walther. The first stage allows for consistent prep with a distinct wall that can be easily found under stress. The second stage provides the crisp break of the wall, enabling accurate shots on target. The entire reset measures a mere 1/10-inch, completely skipping the first stage for fast follow-up.

The Duty Optimized Beavertail provides the shooter increased grip height on the pistol. It results in reduced felt recoil. Optimized for duty retention holsters, it provides clearance for retention hoods most used in law enforcement. The beavertail design also enhances comfortability during conceal carry. The smooth, rounded design allows reduced irritation when carrying appendix IWB, according to Walther. The design also reduces the amount of print while carrying concealed.

The Q4 Steel Frame provides the choice between iron sights or optics. It comes with a three-dot phosphoric night sight setup. However, the pistol also comes optics-ready, enabling the installation of a red dot optic.