by Stan Trzoniec
in Guns, Handguns
0

5
SHARES
0
VIEWS
Share on FacebookShare on Twitter
The Smith & Wesson Model 52 was developed as a companion piece to the Model 41, which was chambered for the .22 LR and used for competition. Another interesting note is that S&W developed the Model 52 as a byproduct to the famed Model 39. The famed 39 started the trend in autopistol deployment by law enforcement. 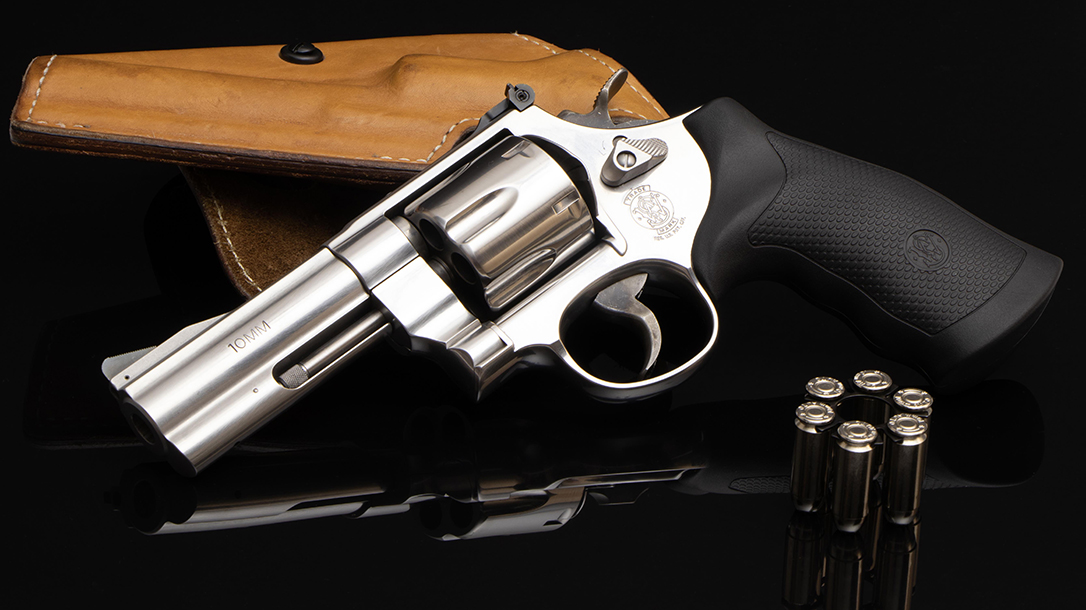 Using most of the Model 39’s lockwork but with a setscrew that would prevent double-action operation, the Model 52 was strictly a single action for target shooters. For additional accuracy, the muzzle bushing adjusted via a special tool. Meanwhile, a special socket arrangement held the barrel and slide to very close tolerances.

The gun used .38 Special wadcutter bullets seated flush with the case to ensure flawless feeding. At the factory, workers test-fired every gun in a machine rest to ensure its accuracy at 50 yards, with five-shot groups no larger than 2 inches. Otherwise, the gun went back to the bench for reworking.

To ensure the gun would hold its edge for competition, one Model 52 was subject to more than 100,000 cycles, and it still produced 2.14-inch groups. Another 25,000 cycles were ordered, and the gun came through with even better results—five-shot groups of only 1.93 inches.

In the short time the gun was around, it established records in target shooting circles that are still valid today. Purchased in 1979, my Model 52 is still the pride of my handgun battery. Sadly, the gun is out of production, but good samples are still available as used firearms.

This article is from the March-April 2020 issue of Combat Handguns magazine. Grab your copy at OutdoorGroupStore.com. For digital editions, visit Amazon.