A raw video surfaced recently, presumably taken after Joe Biden’s rally in Dallas. It shows the presidential hopeful laughing about his gun control initiative with Beto O’Rourke. Seemingly uncut and uncensored, the behind-the-curtain look between the Democratic leaders provides a frightening glimpse of how flippant they regard the 2nd Amendment. 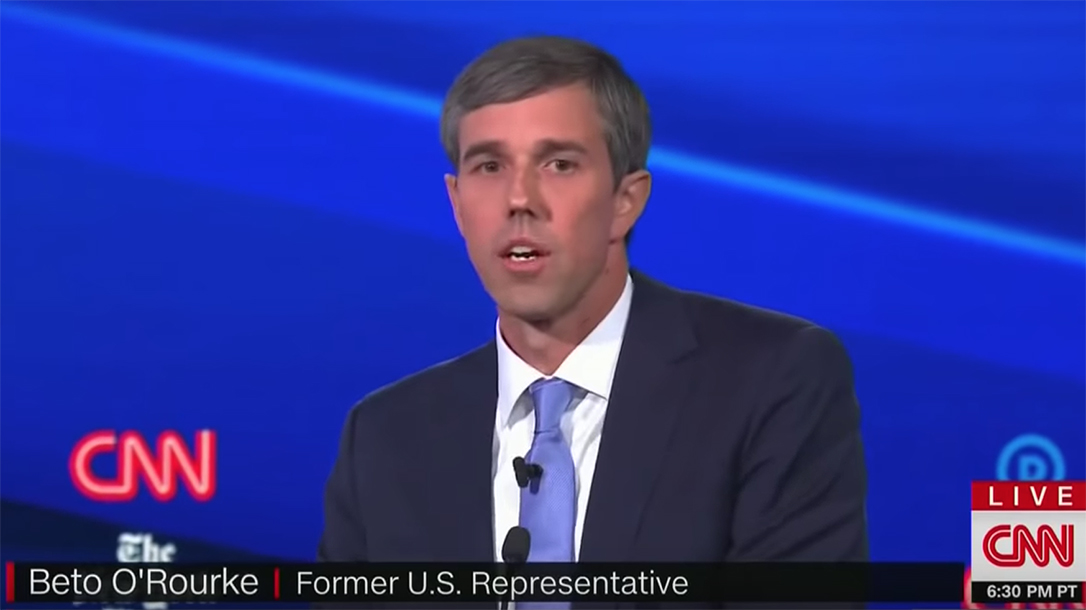 It was just days ago that Biden shocked many by proclaiming O’Rourke would basically be appointed as “Gun Czar” in a Biden White House. Now the two laugh together in this recently-surfaced video, as Biden uses the same language, “I’m coming for you,” to Beto, as previously used to threaten American gun companies. They then share a warm little giggle. How cute.

Of course, Beto made his position on guns very clear during his own failed campaign. Democratic leaders continue to make the same position clear. They no longer hide the fact; they’re coming for our guns.

“Hell, yes, we’re going to take your AR-15, your AK-47,” O’Rourke said. “We’re not going to allow it to be used against our fellow Americans anymore.”

By appointing O’Rourke to any position of authority on gun control, Biden makes it increasingly clear he would push for an assault weapon ban, and likely attempt to confiscate most semi-automatic rifles, possibly more, from law-abiding gun owners. There can be no doubt, the 2nd Amendment will be a central point in this election. See Gun Election 2020 for more coverage.