Call of Duty professional player and streamer Carl Riemer, aka SoaRCarl, recently landed himself in hot water. While streaming over the social media platform Twitch, Riemer picked up a handgun, attempted to look cool, racked the slide — thinking he cleared the chamber and not realizing he just chambered another round — and then promptly squeezed the trigger, firing off a negligent discharge. Fortunately, no one suffered any injuries or worse from his ND. 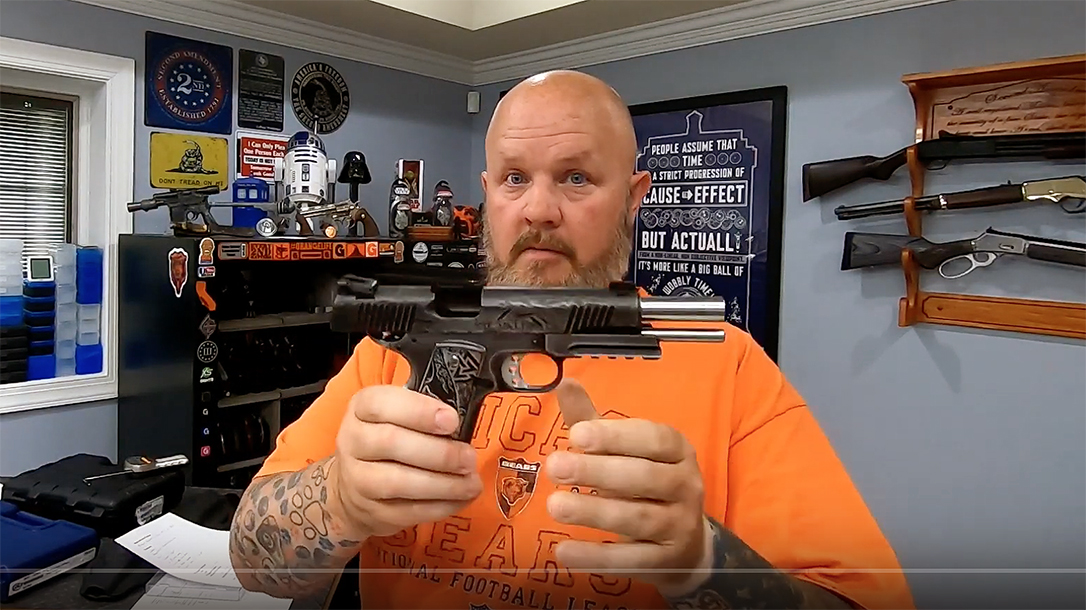 The professional video gamer lost sponsors and Twitch banned him from streaming for the negligent discharge, but it all could have gone so much worse. Just because you own a gun doesn’t mean you fully grasp the responsibility that inherently comes with it. Seek training, practice and always follow all gun safety rules.

Riemer now faces punishment from both the gaming and social media communities. A gaming news site, CCN, called for Riemer to lose his right to own a gun altogether. “With any justice, he should be banned from owning firearms for the foreseeable future,” said a ccn.com op-ed. “But I’m not convinced he should have been banned from Twitch.”

So they’re good with the man losing his Constitutional right, but just don’t take away Twitch! Few scenarios could illustrate the reverberating effects of poor gun safety any clearer. Also, don’t ever give the other side an opening, cause the right to own a gun will always be the first to go. Reiner messed up for sure, and now he faces a whirlwind.

“Don’t do what I did,” Riemer wrote, according to ccn.com. “Ever. Literally everything was going perfectly in life and one mistake ruined everything I’ve been doing for a year. I cannot put into words how sorry I am and how dangerous what I did last night was.”

Riemer, mostly to his credit, owned his mistake and the ND, issuing a tearful apology. But as most gun owners know, he’s lucky it didn’t turn out far worse.