On the morning following his clash with Democratic Presidential hopeful Joe Biden, Michigan union worker Jerry Wayne spoke on “Fox & Friends.” Wearing a Gadsden emblem hat, the 2A advocate explained why he challenged Biden, and how the former Vice President seemed out of his depth discussing gun laws. 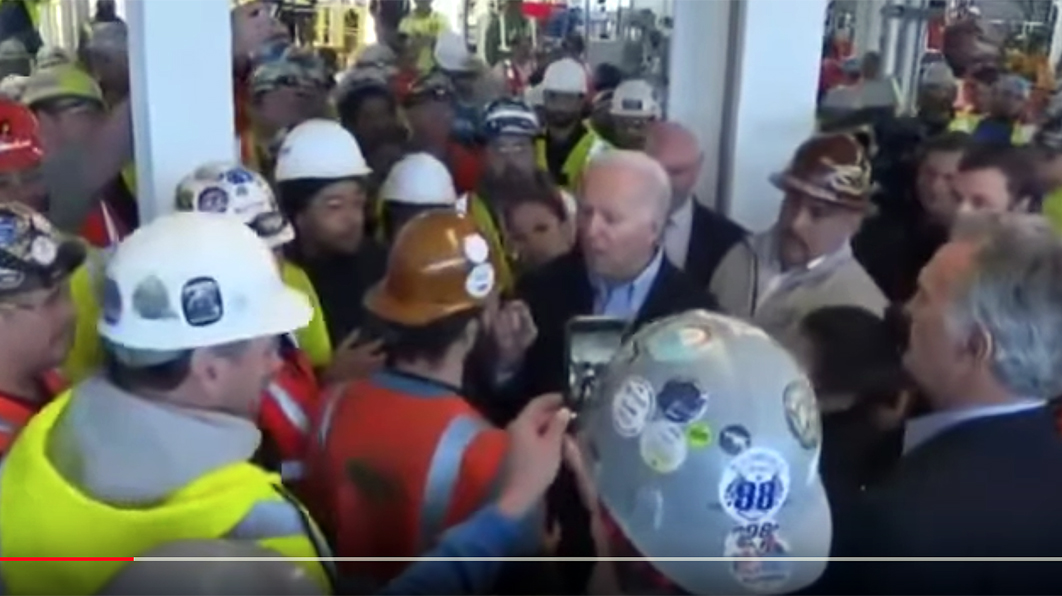 In this Gun Election 2020, Jerry Wayne got a rare opportunity. In a video now gone famously viral, Wayne got to question a candidate personally. He first asked Biden about his trade, and how the politician planned to bring more work to his union. Then he asked about his passion, specifically about taking away people’s right to bear arms.

“I also asked him about how he wanted to get the vote of the working man when a lot of us bear arms,” Wayne explained. “We bear arms, and we like to do that.”

The Fox hosts then showed a pair of Biden clips. The first, an interview with Anderson Cooper, shows Biden say point blank he’s coming for AR-15s. The second clip shows his pep rally in Texas where he proclaims Beto O’Rourke the future “Gun Czar.”

“It was a little bit disturbing to see that a politician wants to take away my right to defend myself,” Wayne said after watching the clips.

Of course, in his now famous debate in that auto plant, Biden said otherwise. He called Wayne “full of shit” for saying Biden wanted to take away any guns. Biden became fighting mad over the exchange. But when asked which Biden Wayne believed, the message remained clear: “The one that wants to take my guns.”

Finally, we must discuss the landscape here, and what it means going forward. In Wayne, you have a Michigan union worker, a group that once voted nearly exclusively liberal in national elections. However, the 2nd Amendment, and the DNC’s radical war against it, continues to push former liberals to the right. Wayne clearly understands what’s at stake in the coming election.