0
SHARES
0
VIEWS
Share on FacebookShare on Twitter
New Jersey residents are accustomed to having their Second Amendment rights trampled by a vehemently anti-gun government that refuses to recognize freedom and regularly treats citizens as subjects. However, the latest move by Gov. Phil Murphy is a doozy, even for them. The New Jersey Governor shut down all legal gun sales in the midst of a “shelter in place” order during the COVID-19 outbreak. The decision comes on the heels of Illinois Gov. J.B. Pritzker adding gun suppliers and stores to the state’s list of “Essential Businesses and Operations.” 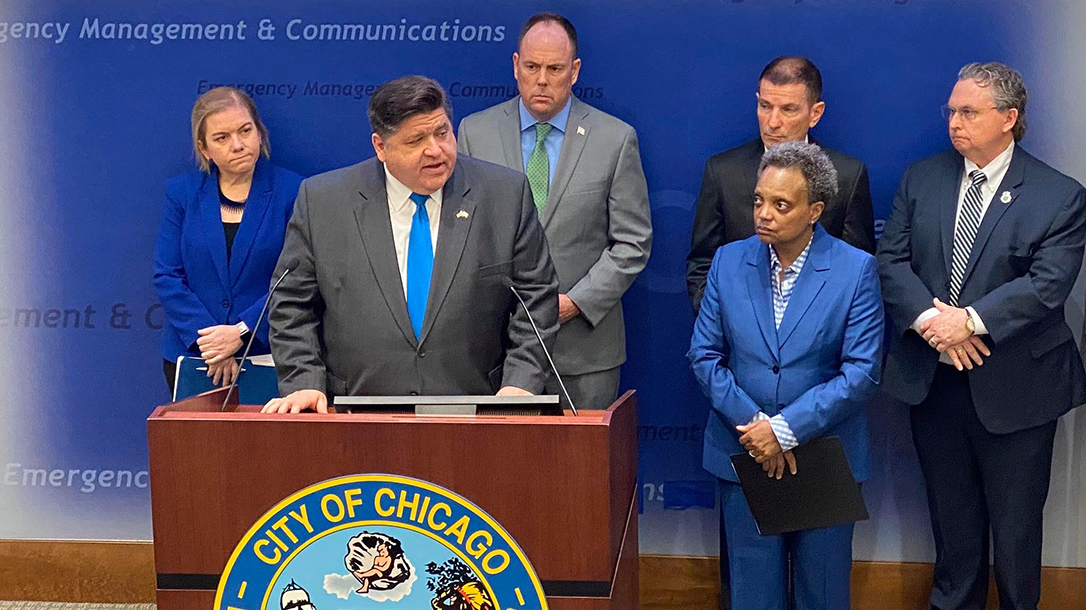 No Gun Sales in New Jersey

All legal New Jersey gun sales—even private transfers between individuals—must go through the Instant Check system. In fact, according to the NRA’s Institute for Legislative Action, New Jersey is a “Full Point of Contact” state for the National Instant Criminal Background Check System (NICS). This means that New Jersey State Police perform all firearm background checks conducted in the state. The police access the federal government’s criminal history databases. In the majority of states, the FBI directly performs firearm background checks.

State Police posted the following message over the weekend on the New Jersey NICS portal page:

“On Saturday, March 21, 2020, Governor Phil Murphy announced he is putting New Jersey in lockdown to combat the spread of coronavirus. Per Executive Order 107, he is ordering the residents of New Jersey to stay home, directing all non-essential retail businesses closed to the public. At this time, the order includes New Jersey Firearms State Licensed Dealers. The New Jersey State Police NICS Unit is directing the vendor of the NICS Online Application (NICUSA) to turn off the NICS Online Services for submitting NICS transactions by eliminating the ‘Request Form’ button, effective 9:00 p.m. EST, Saturday, March 21, 2020. You will still have the ability to view the message board and the status of previously submitted transactions. This ‘Request Form’ feature will remain off until further order by Governor Murphy.”

What the message failed to mention is the normal channels by which violent criminals acquire their firearms; those are still in full operation. Only law-abiding New Jersey residents who follow the rules will be punished by the shutdown.

“New Jersey’s actions are an unacceptable deprivation of Second Amendment rights at a time when residents are concerned for the safety of themselves, their loved ones and their communities,” NRA-ILA stated in an alert. “NRA is currently pursuing all legal options to halt the New Jersey Government’s unconstitutional actions and secure the Second Amendment.”

New Jerseys in the News

New Jersey was already in the news before the sales shutdown. Remember reports of the state prosecuting an armored car security guard for carrying a legal firearm? Well, according to reports, Roosevelt Twyne was driving home from a shift last month when he was pulled over in Roselle Park for an alleged window tint violation. He was reportedly carrying a handgun loaded with Hornady Critical Duty ammunition.

Twyne is a security guard and also has a valid New jersey permit to carry a handgun. Despite that, the state charged him with illegal transportation of a firearm and violating the state’s ban on hollow-point ammunition.

Gun owners in the state are fed up with such nonsense. A movement was underway to try to stave off further infringements on the right to keep and bear arms before the COVID-19 situation erupted. Last year and earlier this year, eight municipalities declared themselves “Second Amendment/Lawful Gun Owner Townships.”

This latest freeze of New Jersey gun sales is a serious step in the wrong direction.

The Midterm Election is Here; Vote Like Your Rights Depend on It