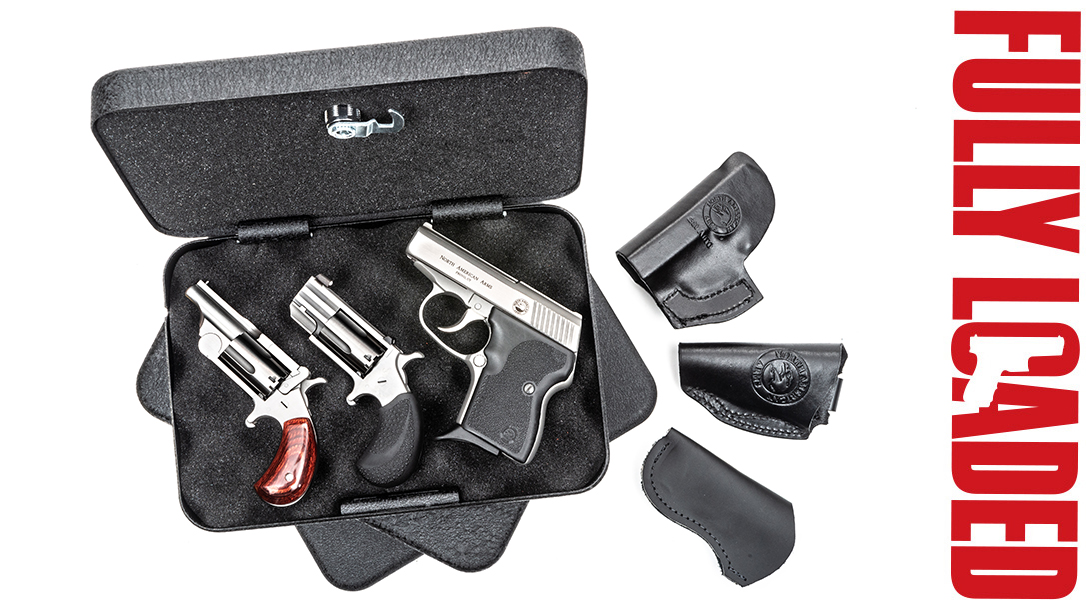 In past issues of Combat Handguns, we’ve held our “Fully Loaded” sweepstakes giving away individual guns, but this time we’re offering up an entire collection. For this special issue, we partnered with North American Arms (NAA) to give away the company’s three most popular models along with holsters and ammo! Also, don’t get confused — our March Free Gun Friday launched March 6 and runs until March 31. There we’re also giving away three pistols from North American Arms, but they are the Pug, the Black Widow, and the Mini-Master. So, two giveaways, six guns in total! 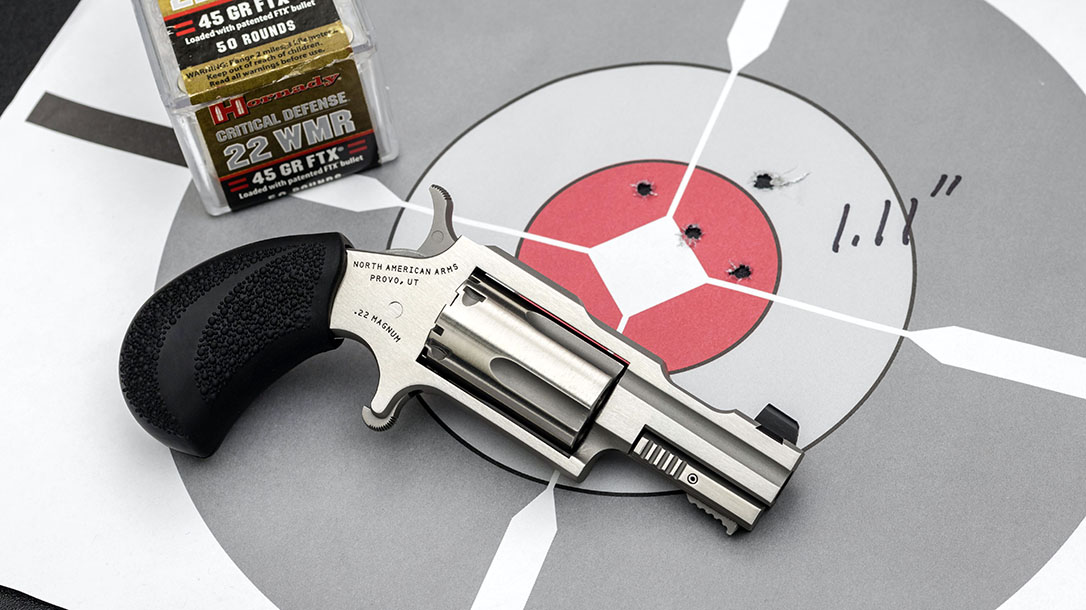 If you don’t know, NAA has been manufacturing firearms since 1971, when it was launched as a development of Rocky Mountain Arms, where designer Dick Casull was known for making “the world’s largest and smallest revolvers.” The company has been located in Provo, Utah, since 1991. It continues to manufacture some of the best concealable firearms on the market. NAA’s slogan, “Convenient, Reliable, and Effective,” certainly applies to its firearms.

Like the Pug, the Ranger II is designed to hold five rounds of .22 WMR ammunition in its fluted cylinder. Special grooves are also cut into the rear of the cylinder, between each chamber, that serve as rests for the hammer, so you can carry the gun fully loaded without worrying about the hammer sitting on a live round. To fire, just pull the hammer back and the cylinder will click into proper alignment.

But the reloading process is different. Instead of having to remove the cylinder completely to reload, as with NAA’s traditional mini-revolvers, this is a top-break design. You simply thumb the latch just ahead of the hammer and tip the barrel assembly forward to eject the cases in all five chambers at once.

The Ranger II also features a 1.63-inch barrel, a bead-blasted finish, a small bead front sight and classic rosewood grips. We’re also throwing in an IWB rig for this model made of handsome black leather with a metal clip.

The mini-revolvers from NAA are serious firearms that are beautifully built and demand respect. However, I have to call it like I see it and admit that, dammit, they’re also cute. The first time I took my girlfriend to the range and laid out a table full of handguns for her to choose from, she pointed and said, “I want to shoot that little cute one first.” It was an NAA Pug. As I guy, I’m required to dislike that term but it doesn’t mean she’s wrong.

For this contest, we’re giving away the “NAA-PUG-D” variant, which comes with an XS white-dot front sight. The cylinder holds five rounds of .22 WMR ammo, and the slip-on rubber grip has pebble-grain texturing for a secure hold. The barrel is only 1 inch long, and the gun measures 4.56 inches long, making it extremely easy to carry in a pocket. Finally, the included IWB holster is made of black leather with a metal clip.

While the Guardian is also available in .32 ACP, we got our hands on the best-selling .380 ACP version for this giveaway. This micro-sized, double- action-only (DAO) pistol features a 6+1 capacity, hard rubber grips and fixed iron sights. At less than an inch wide and under 5 inches long, the Guardian packs effective stopping power in an easy-to-conceal package. On top of that, we’re including another IWB holster specifically designed for it.

Weighing in at 20.4 ounces unloaded, the stainless steel Guardian is a little heavy for its size, but that weight brings stability and reduced recoil. Overall, this classic design just feels like a reliable, solid pistol that has everything you need for everyday carry. For more information, visit NorthAmericanAms.com.

You didn’t think we’d leave you hanging in the ammunition department, did you? Federal Premium will be providing the winner with two boxes of its latest Personal Defense Punch .380 ACP ammo, and CCI is offering two boxes of its new .22 WMR Maxi-Mag segmented hollow points along with one new Pour Pack of .22 WMR ammo. For more information, visit federalpremium.com and cci-ammunition.com.

Enter here if you are having trouble entering the sweepstakes on this page.

This article is from the May/June 2020 issue of Combat Handguns Magazine. Grab your copy or subscribe at OutdoorGroupStore.com. 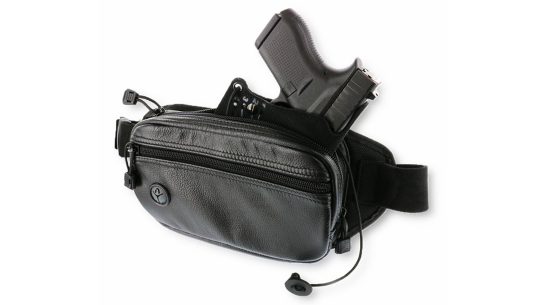 Carry Discreetly in any Attire With the Galco FasTrax PAC Elite

As styles change, so do the methods of carry, as Galco brings back the...