0
SHARES
45
VIEWS
Share on FacebookShare on Twitter
I’m writing this in the early stages of the COVID-19 virus panic. Schools are empty, theaters are shut down, many restaurants are closed and whole areas are under “self-isolation” orders. In many jurisdictions, police are only responding to emergencies. Manpower among the emergency services is thin. 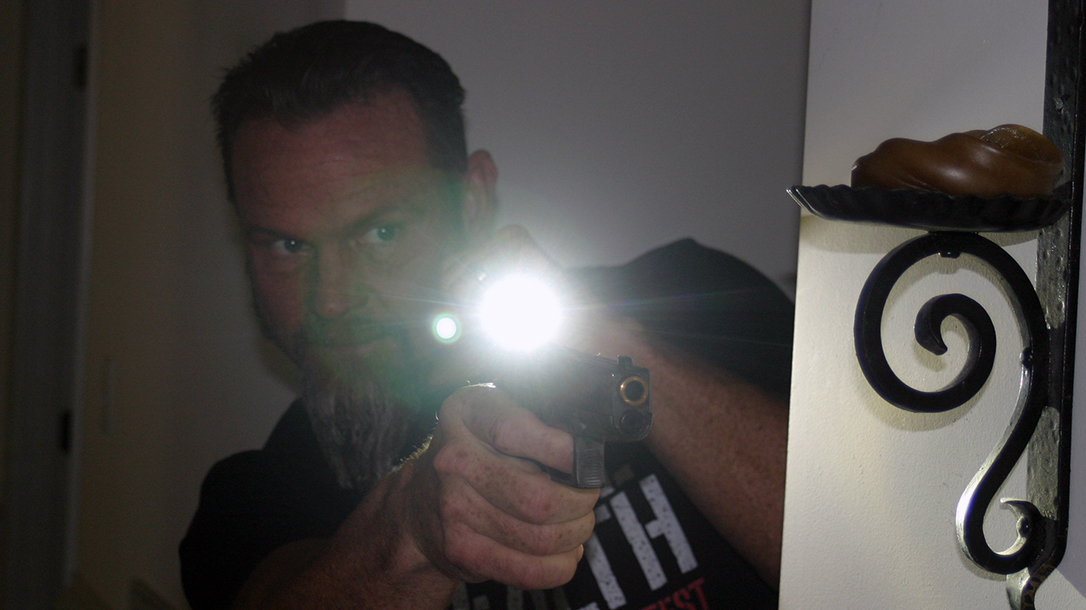 Chatter around the cracker barrel or on the Internet indicates many people believe that in times of such disaster, law is somehow suspended just because the cops can’t be there. Nothing is further from the truth. The rules governing justifiable deadly force are the same.

History shows that such situations in this country will inevitably run their course and society will rebuild. Police will inevitably investigate shootings that occurred during the disaster. To make matters worse, if a justified shooting has occurred during the disaster in a community run by anti-gun politicians, they might feel a need to pillory honest citizens who did the right thing by making it look as if they became “self-appointed vigilantes.”

Self-Defense Shootings Case No.1: “A Rage of Fear”

Case One took place in the Miami area after one of Florida’s devastating hurricanes. A wealthy young professional man bought a gun “for protection” but didn’t bother with training and never even fired his new revolver, a Smith & Wesson Model 640. Shaken by the storm, which had caused significant damage to his home, he called in repairmen to fix the damage.

Early one morning, he was awakened when a vehicle pulled up in front of his home. In the pre-dawn light, he saw through his window someone coming toward his house, holding an object. Panicking, he assumed it was armed looters and grabbed his gun. He fired out the window and shot one of the workmen he had forgotten he had summoned to come to repair the damage. The .38 Special bullet permanently injured the victim.

Somehow, the shooter managed to avoid being indicted criminally. He was, however, sued. In pre-trial deposition, he said he had fired in “a rage of fear.” He admitted that he had never fired his new revolver until the moment in question and had never sought firearms training in any way, shape or form. In fact, he became indignant about it, saying in effect that, after all, it wasn’t as if he was going to go hunting or anything. He claimed he had meant the round he fired to be a warning shot, but admitted he never aimed the gun in a safe direction, just pulled the trigger.

After the deposition, his disheartened attorneys advised him to settle the case. They did. The amount of the settlement, I’m told, was huge and would have bankrupted most people.

Lessons from Case One? Don’t let panic override common sense. Identify the target positively as a threat before you drop the hammer! Another lesson: Wishful thinking does not guide a bullet! Even among people who have been trained in unaimed fire, point shooting has a spotty record in the field. If you can’t see where the bullet is going to go, hold your fire! Finally, Case One illustrates the dangers of people who don’t know what they’re doing with guns. In times of disaster, your non-gun-owning friends will very likely ask to borrow a gun from you. Do both of you a favor, and even if it may be legal to do so in your particular jurisdiction, don’t lend them a deadly weapon unless you know they’re competent with such and are cool-headed in emergencies.

Case No.2: Emergencies Bring Guns Out

The case we just discussed has a lot in common with Self-Defense Shootings Case Two. Again, it involved a weather disaster that caused structural damage to the premises where the shooting occurred, in this case, the roof of a restaurant. Repairs were underway when the restaurant opened for business.

In the kitchen, restaurant employees excitedly discussed the ordeal they had all just been through, and talk turned to self-protection. One of the employees mentioned his self-defense gun, a 9mm Beretta 92, which he happened to still be carrying. A co-worker asked to see it.

You’ve probably already guessed what happened. The gun was unloaded out of sequence, with the round ejected from the chamber and then the full magazine removed—the opposite of the proper unloading protocol. Of course, the act of jacking out the chambered cartridge had fed another into the firing chamber, and the gun was still live with a torpedo in the launch tube when it changed hands.

A restaurant worker aimed the gun at the ceiling to “try the action” and pulled the trigger. BANG! The bullet tore through the ceiling and through the roof above it and into the body of the roofer who was up there doing repairs. The workman was permanently crippled by the gunshot wound. That case, too, was settled out of court for big bucks.

The lessons of Case Two echo those of Case One. Nervous, scared people unfamiliar with guns will be motivated to seek them out in times of panic. Be extra careful when one of them even asks to see yours. ALWAYS follow Col. Jeff Cooper’s classic Four Rules of Gun Safety, which I would encapsulate as: 1) Consider all guns always loaded, and treat them as such; 2) Don’t point one at anything you are not prepared to see destroyed; 3) Don’t let the finger enter the triggerguard until you are in the very act of intentionally firing the weapon; and 4) Always be sure of your target and what is beyond it. In Case Two, three of those four rules were blatantly violated.

Case No. 3: Importance of Aftermath Management

When society breaks down and emergency personnel such as police can’t get there in a timely manner, even the most justified shooting can be twisted into something wrongful because evidence is likely to be lost before the designated professionals arrive to gather it.

Consider Self-Defense Shootings Case Three, which occurred in Louisiana during Hurricane Katrina. A police officer was assigned to protect a substation that contained extremely sensitive confidential records. With all the looting that was occurring, he was strictly ordered not to leave the building for any reason until he was relieved. He was on the second story when he saw a car pull up and two apparent looters emerge and move briskly toward the building, one holding a handgun.

When the officer shouted an appropriate command, the suspect swung his gun toward the cop, who fired a single shot from his privately-owned, department-approved SIG 556 patrol rifle. Hit in the torso, the gunman dropped his weapon and ran to the car with his accomplice, who drove him away. Because there was no longer a deadly threat, the officer appropriately held his fire and didn’t discharge more than the single round. The man he shot was later found dead.

He immediately radioed in what had happened and was told that investigators and evidence technicians would respond when they could. Because police resources were spread so terribly thin during the hurricane, that took a very long time. Under orders to stay in the building, the officer did not go out to retrieve the dropped weapon. When backup finally got there, the offender’s gun dropped in the street during riotous looting had, of course, disappeared. The officer was charged with murder and convicted. The verdict was later overturned and he was acquitted after his second trial, but he had already served hard time and his police career was gone forever.

Lessons? When overworked cops can’t get there, secure or document the evidence yourself. Stand over the dead bad guy’s weapon if you have to. I normally don’t recommend taking pictures or video of self-defense shootings. Why? It makes you look like a serial killer taking a trophy. However, in such emergencies as this one when official response will be greatly delayed, it makes sense to at least photograph perishable evidence before it disappears.