0
SHARES
1
VIEWS
Share on FacebookShare on Twitter
A Newsy/Ipsos survey showed one in 20 households are purchasing firearms in response to the coronavirus outbreak. The information comes as the NSSF and the FBI just reported massive NICS background check numbers in March. Meanwhile, ammunition sales continue to soar, while guns fly off shelves. 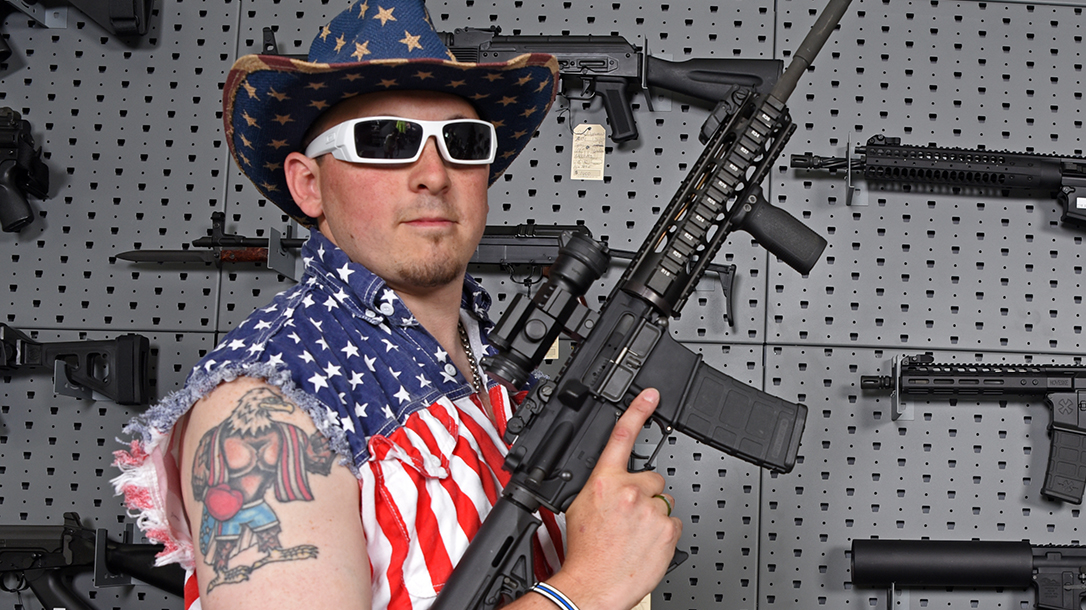 Since the DHS named gun manufacturers and sales workers as part of its Critical Infrastructure list, it afforded some protection for gun and ammo companies to keep producing. And it’s a good thing, as demand for both guns and ammunition continues to skyrocket.

“I got a Glock,” Justin Orel, a web developer, former Marine, husband and father of a newborn in Kansas City, Mo., told newsy.com. “That seemed like a pretty reliable, very reputable weapon.

“I thought about purchasing a firearm for a while. Never really was sure about it,” Orel continued. “Also I’m not like, I don’t know, a gun nut. Also, I’m usually more on the side of ‘heavier gun control’s probably not a terrible thing,’ like better background checks and things like that. We were just like, well, maybe now is the time just in case something crazy happens or people start losing their minds. Maybe better to have one and not need it than need it and not have it.”

While many households have purchased guns lately, even more continue to consider it. Newsy reports the survey found one in 10 households reported considering purchasing a firearm because of the coronavirus pandemic. And people reported a wide array of fears and concerns driving this new demand.

“I have a wife I love. I have four daughters I love—and they’re beautiful,” first-time gun owner Mark Johnson said. “So, it only makes sense to have some protection.”