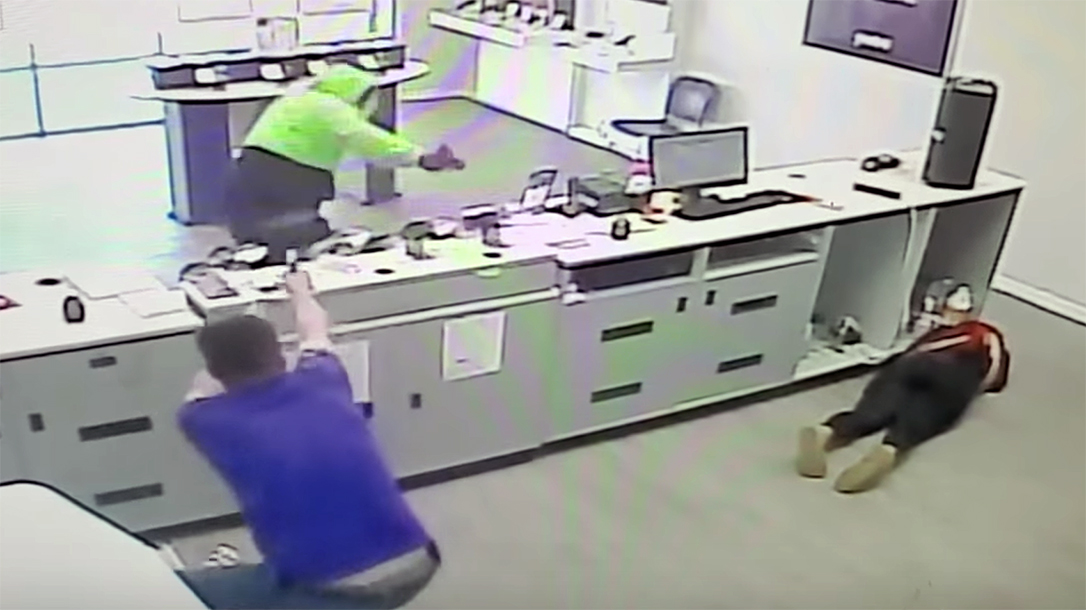 The incident began when Baldwin and his girlfriend had dinner at an In-N-Out Burger restaurant in Las Vegas. It was late, around 1:46 a.m., according to foxnews.com. That’s when Baldwin’s girlfriend saw two hooded men pointing a gun and charging. With danger eminent, Baldwin pulled his concealed firearm and began engaging targets. The gunman fired two shots at the girlfriend and six shots at Baldwin, reported foxnews.com.

“I knew there was a high probability that he would miss because I was returning fire and getting hits on him,” Baldwin told foxnews.com. “I wish I wasn’t at the wrong place at the wrong time, but I’m glad it was me instead of a less-skilled defensive pistol practitioner.”

Baldwin told the NRA, “As soon as I started engaging the first person, the second guy realized that I had a firearm, and I was there to fight to make sure I made it home to my family. That struck fear into his heart, and he ran as fast as he could in the opposite direction because he wasn’t there to get into a gunfight — getting in a gunfight was not on his to-do list.”

While the second suspect fled, the first gunman, identified as 43-year-old Joseph Smith, took nine shots to the chest and one to “the central nervous system,” reported foxnews.com.
Baldwin clearly takes his shooting and training seriously. It probably doesn’t hurt that his girlfriend is none other than professional shooter Tori Nonaka, otherwise known as Top Gun Tori. Ultimately, these bad guy messed with the wrong couple. And the good folks made it home alive and safe.
Stay in the know with the Personal Defense World newsletter