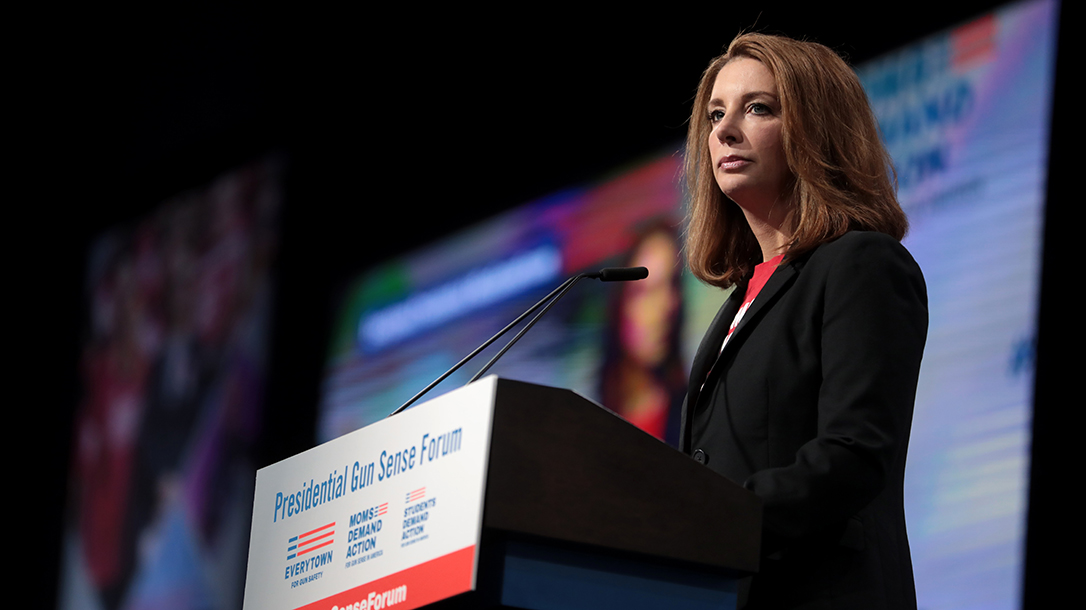 Proving that she’ll take any opportunity to advance her extreme anti-gun agenda, regardless of the truth, Shannon Watts of Michael Bloomberg-funded Moms Demand Action is at it again — this time using the George Floyd “shooting.” 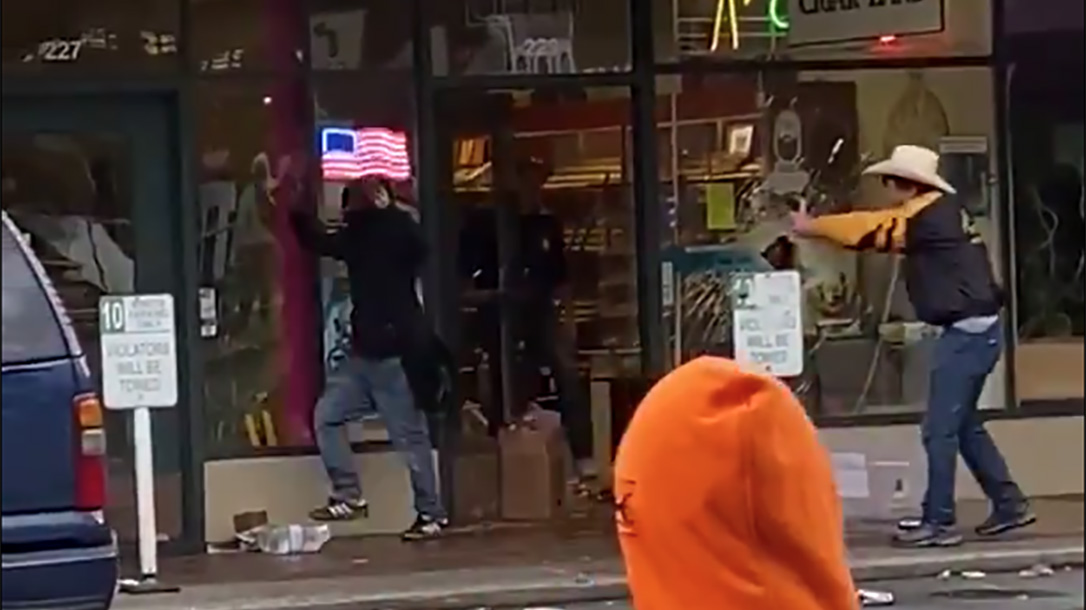 Watts took to her favorite platform of Twitter Friday. There, she tried to try to make guns—and, in turn, gun owners—look bad in light of the rioting. But her Tweet belied her agenda to make even guns used by police officers seem bad. Watts Tweeted, “One person was fatally shot last night during the protests in Minneapolis over the police shooting of George Floyd. Police are investigating a report that the gunman was a pawn shop owner who said the victim was looting his business.”

As nearly every living American—except Watts, apparently—knows, Floyd wasn’t shot. He lay handcuffed on the ground while Minneapolis police officer Derek Chauvin knelt on his neck for nearly nine minutes. On the widely circulated video taken by a bystander, you can hear Floyd say repeatedly, “I can’t breathe.”

Chauvin was finally arrested and charged with third-degree murder and manslaughter on Friday. However, outrage over the death had already devolved from protest to rioting. Rioters and looters burned police stations and cars and destroyed hundreds of business.

Which brings us back to Watts’ “police shooting of George Floyd” comment. It seems that there are two likely explanations. The first would be that Watts simply misspoke. Or maybe she accidentally wrote that it was a shooting since she Tweets so often about such things. However, it’s doubtful that was the case since she has done nothing to correct her earlier statement. Considering how tragic and volatile the situation is, it seems like that would be the right thing to do.

The other explanation would be that Watts intentionally lied about Floyd’s death in order to take advantage of the situation to build political support for further restricting gun ownership. While that would be shameful, it wouldn’t be surprising, given her propensity to grossly twist facts in the past to bolster her side of the gun-control debate.

Regardless of the reason for the falsehood, it seems that Watts might have chosen the wrong “shooting” to try to make her point against private gun ownership. While authorities are still investigating the shooting, it appears the pawn shop owner might be charged with murder for shooting the alleged looter. However, the investigation is still underway. With that in mind, it’s not a stretch to think the shooting could have been done in self-defense. Only time will tell. It hardly seems the kind of case that would lead most people to believe that any additional gun-control laws—Watts’ constant goal—would have changed the outcome.

Instead, perhaps Watts could have Tweeted about the unjust shooting death of another black man. Dave Underwood, a Federal Protective Service officer was killed during Friday’s riots in Oakland, Calif. He was shot and killed as he worked security during a protest over Floyd’s death. The 53-year-old, known as “Pat” to his friends, was sitting in the car with another officer when a gunman pulled up and opened fire on them.

Rather than addressing the heinous murder of Underwood, however, Watts’ most recent Tweets are concerned with “white, armed insurrectionists” open carrying at George Floyd protests. Interestingly, there have been no reports that any of those “bad white guys” protesting the unjust death of a black man have shot anyone at the demonstrations. Go figure. 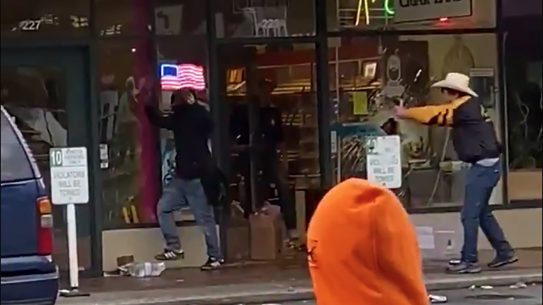 With looters destroying his store, a Washington cigar shop owner took matters into his...