If one were to make a list of the most recognizable and iconic pistols of the past 50 years, the CZ 75 and Beretta 92 would probably make the top 10. Both pistols were products of the “Wondernine” era and saw extensive use in militaries around the globe. While both models were high-capacity specimens that used double-action/single-action (DA/SA) operating systems, they had their own unique features and flair that made them the epochal platforms that we know and respect today. 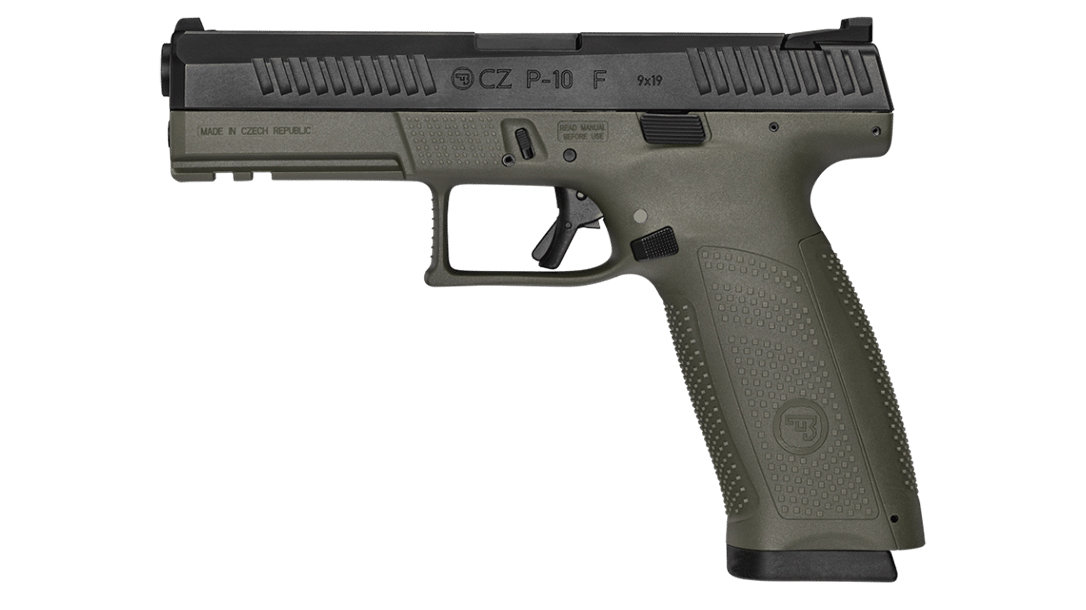 Multiple variants, clones and custom iterations of the CZ 75 and Beretta 92 have been issued by factories and gunsmiths over the past several decades. The vast majority of these have been tailored for defensive purposes. However, for this installment, we’ll compare the latest competition models, which represent the best of their respective platforms.

Like the Beretta 92, the CZ 75 is no stranger to military service. However, CZ has also enjoyed tremendous success at competitive events as well, with one of the most popular competition pistol platforms in the world. Based on the original CZ 75 design, the new CZ Shadow 2 Orange sticks to the basics when it comes to a competition pistol—and for good reason.

Similar to the Beretta 92, the CZ 75 (and thus, the Shadow 2) has its own proprietary slide design. Most pistols have slides that fit over and ride outside of the frame’s rails. The CZ 75’s slide rides inside the frame rails. This achieves a better frame-to-slide fit, which improves accuracy. Taking that a step further, the Shadow 2 Orange’s slide and frame are hand-fitted for optimal operation and superior accuracy. On top of that, this new CZ is fitted with a barrel bushing to wring out that last bit of accuracy potential.

To further enhance the performance, CZ has custom-tuned the trigger and built in a very short reset. And when I say custom-tuned, the DA pull on my test pistol averaged 6.25 pounds, and the SA pull was a mere 2.86 pounds. The pistol can also be carried “cocked and locked” like a 1911 thanks to its thumb safety. And the all-steel construction makes it hefty at 46.5 ounces, but this helps tame recoil for faster splits.

The engineers at CZ retained the excellent ergonomics of the original CZ 75 while offering an extended beavertail in the process. The triggerguard and backstrap are undercut to promote a high grip for enhanced control. Additionally, aggressive checking on the front- and backstraps provides exceptional traction. And for a little extra flair, the Shadow 2 boasts thin aluminum grip panels and magazine baseplates that will definitely stand out in a crowd. Three 17-round magazines are included.

Front and rear cocking serrations are cut into the slide, although they are a little tricky to engage because of the low-profile nature of the Shadow 2’s slide. Serrations also adorn the top of the slide as well as the rear sight to help reduce any possible glare. The pistol has a robust nitride finish, a reversible magazine release and an extended thumb safety on the left side.

The 92X Performance shares 99 percent of the original 92’s DNA and retains all of its design aesthetics. In fact, when I picked it up for the first time, I was dumbstruck by the pistol’s two-tone sex appeal. The 92X Performance is easily one of the best-looking factory pistols that I’ve seen in the past decade.

The Performance model departs from a standard 92-style pistol in that it is built on an all-steel Vertec frame as opposed to aluminum alloy. This, combined with the heavier Brigadier slide, increases the pistol’s weight significantly to 47.61 ounces. The increased weight is a benefit for a competition pistol since it helps reduce recoil for faster follow-up shots. That slide and frame are also treated with Beretta’s “Nistan” finish, which blends nickel and other elements for exceptional durability and lubricity.

Another change for the 92X Performance was the integration of an extended, ambidextrous, frame-mounted safety that allows the pistol to be carried “cocked and locked.” Standard models include a slide-mounted safety/decocker that requires the user to flip the lever up for “safe.” That’s a little counterintuitive for most and difficult for many to reach and manipulate easily. The new safety can also be engaged when the hammer is down for DA mode as well. However, the lack of a decocker means that the user must lower the hammer (when cocked) the old-fashioned way. Similar to a 1911, the user would point the pistol in a safe direction and slowly lower the hammer while pulling the trigger.

The 92X Performance is still a DA/SA pistol, meaning that the when the hammer is down, the first trigger pull is heavier and longer. Not to worry, though. The folks at Beretta performed a little magic on the action, and the DA pull was a sinfully smooth 7.1 pounds on my test pistol. The SA pull averaged just 2.88 pounds. Even better, Beretta has also incorporated its new Extreme-S trigger system that yields a phenomenally short reset. With just a few millimeters of travel before the tactile and audible click, it’s one of the shortest resets I’ve ever experienced on any style of pistol.

Other appointments include a fiber-optic front sight and a blacked-out rear sight that’s adjustable for windage and elevation. The slide is adorned with fore and aft sawtooth serrations that proved to be exceptionally effective, as did the serrations on the front- and backstraps. The frame also features oversized controls, including the reversible magazine release, slide release and match takedown lever. Rounding out the features are the skeletonized hammer, the extended beavertail and extra rubber padding on the two supplied 15-round magazines to protect them during speedy reloads.

The MSRPs for the CZ and Beretta are $1,999 and $1,399, respectively. That’s a substantial difference between two pistols aimed at the same customer. The CZ comes with a few extra parts and a third magazine, all of which could justify close to $100 of that difference. However, the Beretta has a true oversized, ambidextrous safety. Left-handed shooters would have to pay CZ an additional $88 plus shipping for an extended right-side safety, so in my book, that’s pretty much a wash.

The rest of the differences between the pistols are subtle and highly subjective. For instance, the CZ felt a little better balanced in the hand, but the Beretta offers a perfect spot (at least for me) with the match takedown lever to index my support hand without slipping during fire. The CZ’s trigger was objectively lighter and the trigger geometry was better for my style of grip, but it was only slightly better than the Beretta’s trigger—not $600 better.

Conversely, the Beretta’s slide was buttery smooth, and the serrations provided exceptional traction. The slide on the CZ isn’t as tall, nor is it as easy to engage. The serrations aren’t as aggressive or as effective as the Beretta’s. That said, the CZ’s frame offered a bit more control thanks to the undercut triggerguard and backstrap. This translated to more consistent shot placement with the CZ when shooting off-hand. The Beretta’s grip felt just a little “girthy,” but it was the more comfortable of the two pistols since it was more rounded and the checkering wasn’t as aggressive.

While the CZ Shadow 2 Orange seemed to have a slight edge in off-hand accuracy at times, that edge mostly disappeared when shooting from a rest. The Beretta held its own and shot very similar groups. At 15 yards, it created a 0.38-inch group with Hornady’s 124-grain +P XTPs. Without question, it’s an inherently accurate pistol. The limiting factor for comparisons at longer distances was my vision, since I wasn’t running a Ransom rest or the like.

As expected, both pistols were just as reliable as they were accurate, chewing through nine different loads from Black Hills, Federal, Fiocchi and Sig Sauer without fail. Due to their weight, both were exceptionally soft shooters, even with +P loads, and I didn’t notice any appreciable difference in recoil or muzzle flip. The controls were generously sized, positive and easy to manipulate on both pistols.

When you get down to it, the key factors that will probably end up pushing a buyer one way or the other will be price, looks and feel. An equally valid argument could be made for each pistol since each has strengths over the other in certain areas. The good news is that either choice will net you a phenomenal pistol that is the ultimate version of its iconic platform and will last for generations to come. What could be better than that?

This article is from the July/August 2020 issue of Combat Handguns magazine. Grab your copy at OutdoorGroupStore.com.