Gun sales in America continued to soar in June. The FBI reported that its NICS (National Instant Criminal Background Check System) hit an all-time record of more than 3.9 million background checks in June 2020. 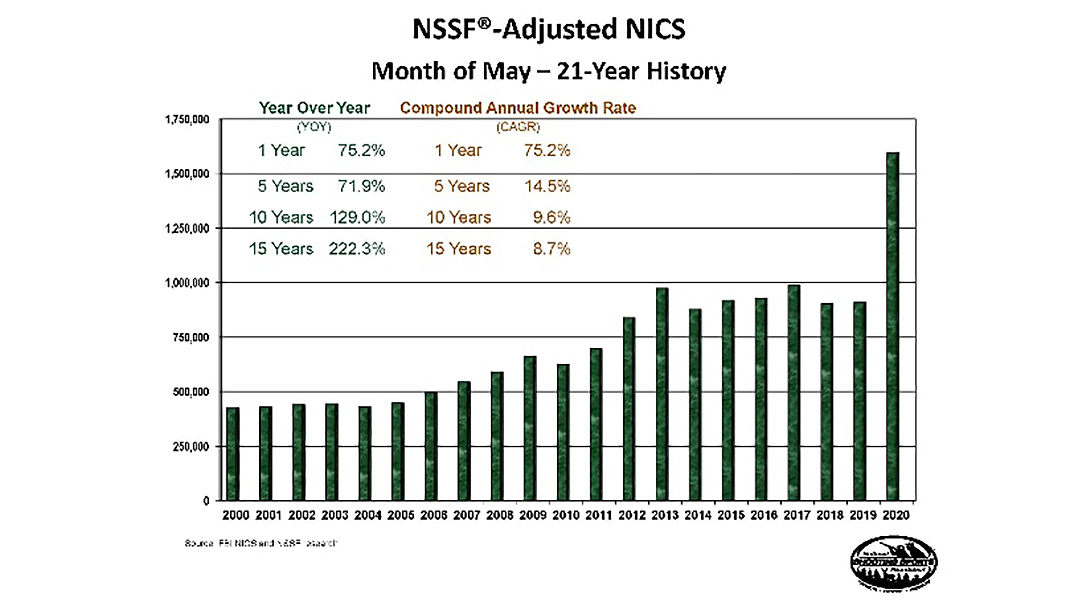 June’s massive numbers come on the heels of a May that saw 3,091,455 background checks. Three of the last four months have reached more than 3 million checks, with April 2020 coming in at 2,911,128 background checks.

It’s no surprise that the numbers for June reached such a level. The original March 2020 record was due in large part to the initial COVID-19 outbreak. But civil unrest throughout the month of June following the death of George Floyd saw the numbers hit a new level.

“These figures represent the highest June on record since the FBI began conducting instant background checks more than 20 years ago,” said Mark Oliva, Director of Public Affairs for the NSSF. “The sharp in increase in Americans buying firearms in June continues a trend we saw start in the spring. Civil unrest, rioting, looting and calls to defund police are unquestionably motivating factors of why this trend is increasing. Americans are right to be concerned for their personal safety.”

There have been dozens of examples around the country of Americans exercising their Second Amendment rights during chaotic times. Most recently, a St. Louis couple grabbed their firearms and defended their home from protestors who broke down a private gate. Meanwhile, in late May, a Washington cigar store owner pulled a gun and drove off looters from his shop.

“It’s entirely reasonable that law-abiding citizens are exercising their Constitutional right to purchase a firearm to protect themselves. Our nation’s elected representatives should take heed of where their constituents are on gun ownership today,” Oliva added. “Politicians who entertain notions of defunding police departments are the same ones who call for strict gun control and even outright confiscation. These figures aren’t push polls. They are representative of Americans from all walks of life who are taking action and taking responsibility for their rights and their safety.”