The NRA, via its Political Victory Fund, gave its official endorsement to President Trump for his reelection in November. The NRA endorsed Trump, telling the president he “delivered on your promise in extraordinary way” in a letter sent Tuesday. 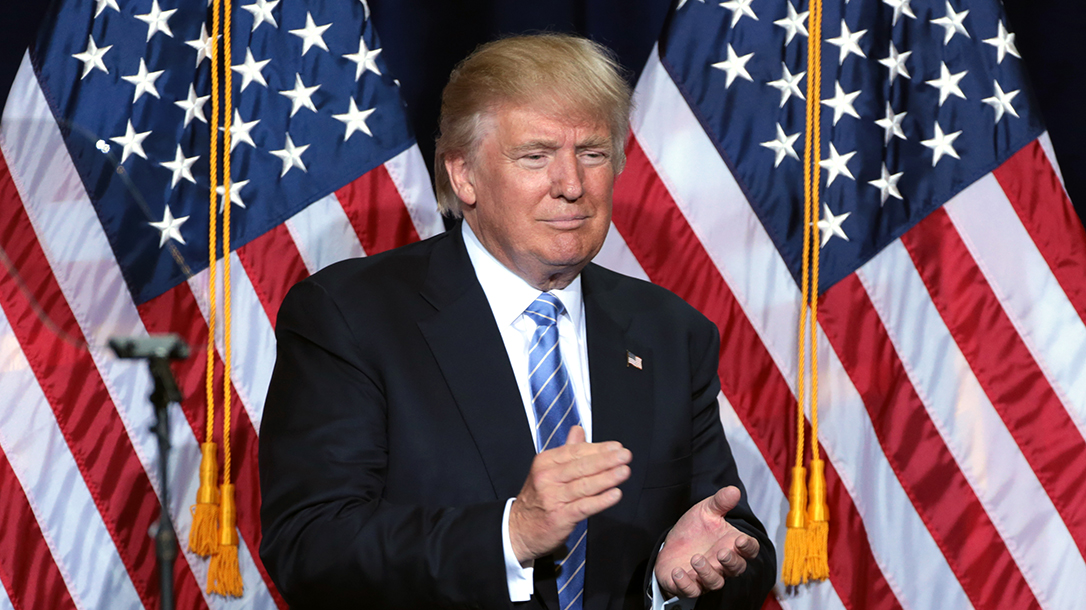 “On behalf of America’s 5 million NRA members, the National Rifle Association Political Victory Fund (NRA-PVF) is proud to endorse your reelection as president of the United States of America,” the letter, signed by NRA Executive Vice President Wayne LaPierre, stated. “You’ve done more than any president to protect the Second Amendment right to keep and bear arms. The NRA stands behind you and your administration.”

Those lines of course have their detractors, even within the gun community. In February 2018, the president announced a move to effectively ban bump stocks following the shooting in Las Vegas. Many in the 2A community railed on that quick decision. Then just this month, the State Department removed obstacles to exporting suppressors, a welcomed move for manufacturers, but one that left 2A supporters wondering when Americans would see an ease in suppressor regulation at home.

Nevertheless, a Biden presidency represents the most overtly anti-Second Amendment campaign in American history. Ever. So the NRA, and many gun owners, will roll with Trump in 2020.

“We were proud to play a leading role in your 2016 election. You promised to defend the Second Amendment and stand tall for the constitutional freedoms in which our members believe.” The letter continued, “You recognize the Second Amendment is about liberties that belong to all Americans. You have delivered on your promise in extraordinary ways.”

The president, of course, faces monumental forces against him leading up to election day. With COVID-19 cases exploding across the country, along with bitter tensions engulfing the country following the death of George Floyd, it will be a long, hard battle through November.