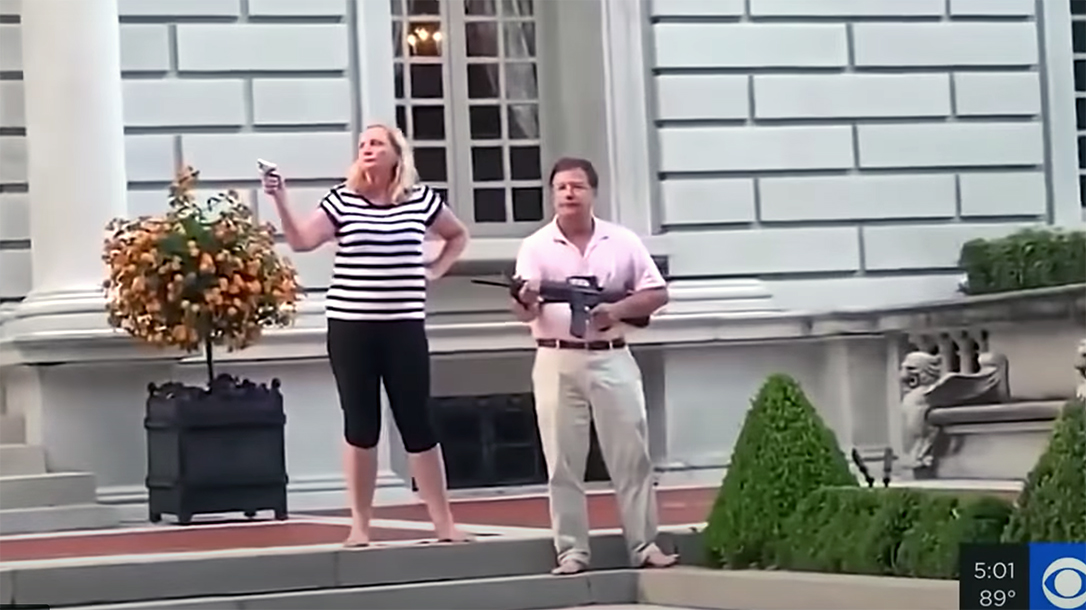 The situation changes on a daily basis concerning a St. Louis couple who armed themselves and stood their ground when a large group of protesters flooded down their sidewalk and past their home in a private, gated neighborhood. Now that St. Louis couple has been charged for defending their home. 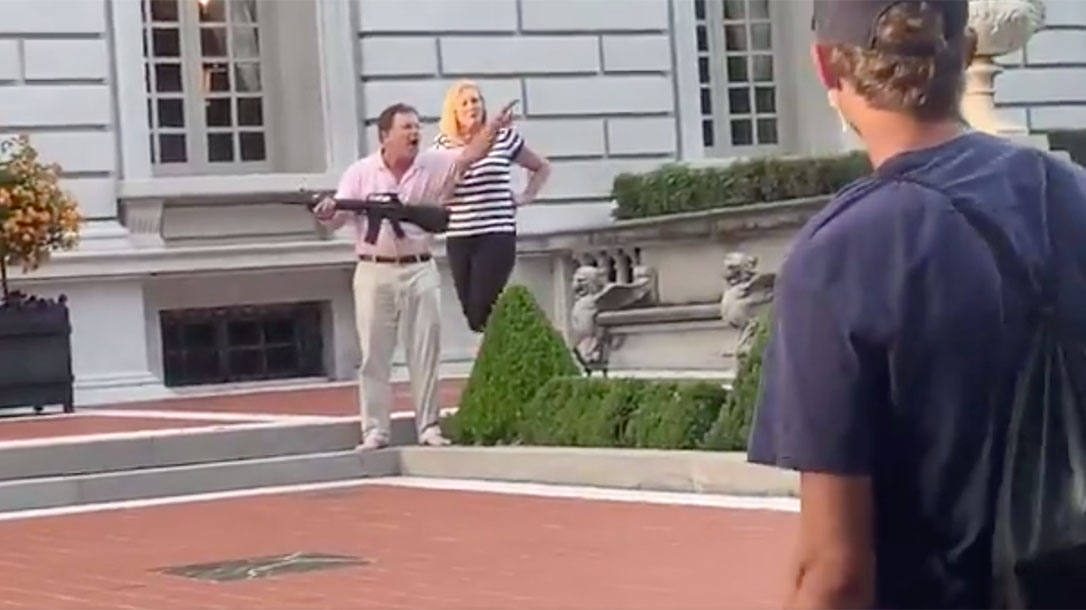 St. Louis Couple Charged With “Unlawful Use of a Weapon”

As most readers recall, in late June protesters swarmed a privately owned neighborhood. They allegedly broke through a gate and made threats to a couple, Mark and Patricia McCloskey. The McCloskeys stood in front of their home holding an AR-15 and a pistol. The protesters left, but that wasn’t the end of the story.

A quick study of Missouri’s very strong Castle Doctrine and Stand Your Ground laws reveals that it’s highly unlikely that the McCloskeys committed any crimes. However, St. Louis Circuit Attorney Kim Gardner eagerly found something to charge the couple with. She even filed charges before all the facts came to be known.

On Monday, both Mark and Patricia faced charges, with one felony count each of Unlawful Use of a Weapon.

Despite Gardner’s insistence on seeing the couple do jail time for defending their home, many other influential politicians have come solidly down on their side of the situation. Within hours of announcement of the charges, Missouri Attorney General Eric Schmitt filed a brief seeking to dismiss Gardner’s charges against the McCloskeys. The brief stated a violation of Second Amendment rights.

“The right to keep and bear arms is given the highest level of protection in our constitution and our laws, including the Castle Doctrine, which provides broad rights to Missourians who are protecting their property and lives from those who wish to do them harm,” Schmitt said in a prepared statement provided to Fox News.

Support is also coming from others in the political realm. Over the weekend, Missouri Gov. Mike Parson came to the defense of the McCloskeys and the Second Amendment, defending their right to protect themselves and their property.

“A mob does not have the right to charge your property,” Parson said on a local radio program. “They (the McCloskeys) had every right to protect themselves.”

Additionally, Parson even suggested that he would consider pardoning the couple if Gardner’s plans for unjust prosecution result in convictions.

“I think that’s exactly what would happen,” Parson said when asked whether he would grant a pardon. “Right now, that’s what I feel. You don’t know until you hear all the facts. But right now, if this is all about going after them for doing a lawful act, then yeah, if that scenario ever happened, I don’t think they’re going to spend any time in jail.”

These statements came after the governor had already weighed in on the armed self-defense episode last week. He revealed that he had talked to President Donald Trump about the situation and that the president supports the McCloskeys.

“I just got off the phone with the President of the United States before I walked out here today,” Parsons said last week before a COVID-19 update. “He understands the situation in Missouri. He understands the situation in St. Louis and how out of control it is for a prosecutor to let violent criminals off and not do their job and try to attack law-abiding citizens. (In) the conversation I had with the president, (he) said that he would do everything he could within his powers to help us with this situation.” 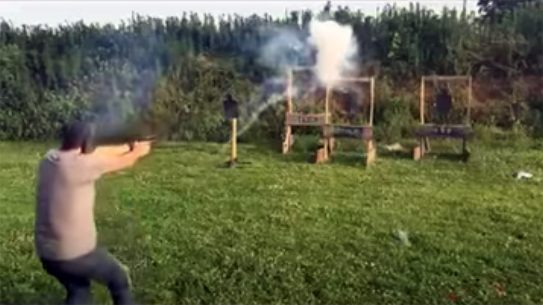 In a classic case of 'don't try this at home,' we found a defensive...