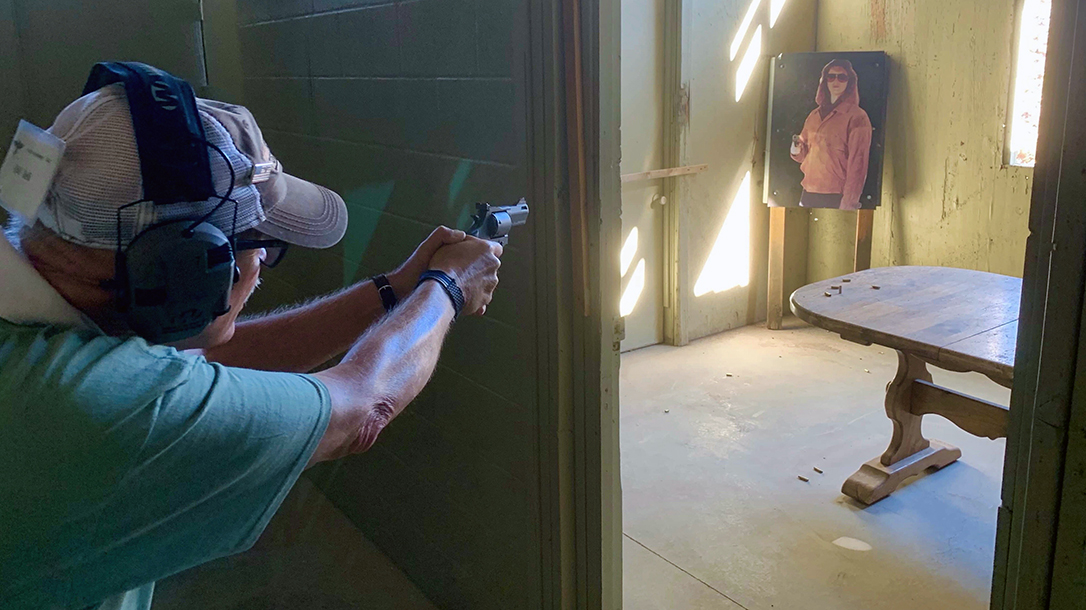 In today’s shooting world, revolvers are somewhat passé. In fact, many newer handgun enthusiasts have never fired one. That said, I wasn’t too surprised when I recently showed up at Gunsite Academy for the 250 Revolver class and noted that all of the participants were somewhat “long in the tooth,” and several, like myself, were retired law enforcement officers. 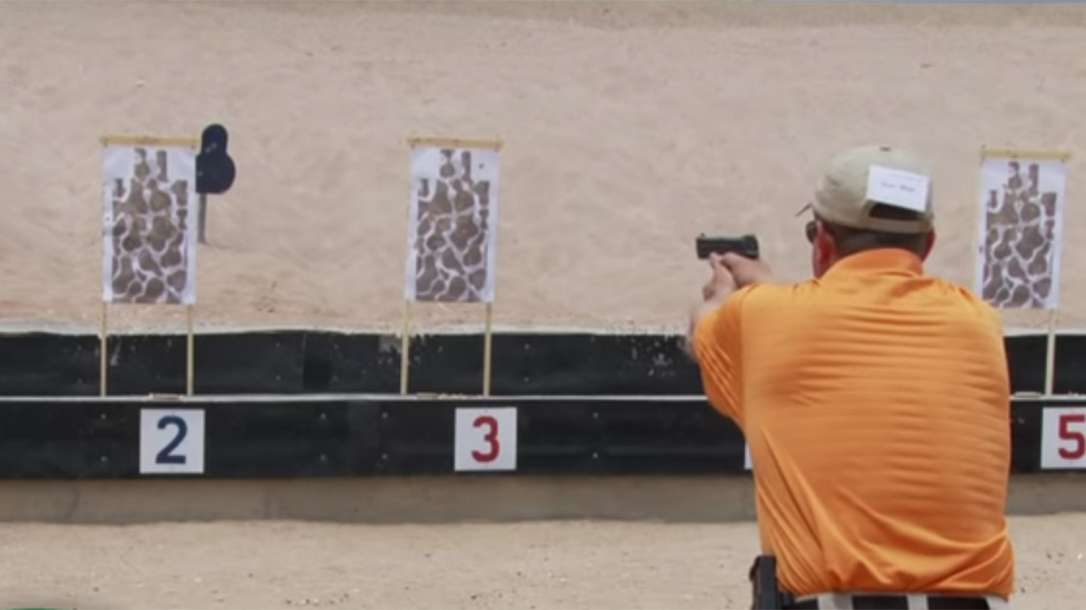 Gunsite Revolver Class With a Taurus 692

Gunsite’s 250 class is a week-long training course that builds on the introductory 150 class but has more than twice the shooting and adds simulators like “The Donga” and “Funhouse.”

This particular 250 class is built around revolvers, using many of the same principles as the regular 250 for semi-automatic pistols and Lieutenant Colonel Jeff Cooper’s “Modern Technique.” The revolver class is only offered once a year, and I wanted to update my decades-old revolver training. I also wanted to put a recently acquired revolver through this “acid test” to see if it would hold up. Consequently, I made arrangements to attend the course.

Back in June of 2019, I tested the Taurus Model 692. This medium-frame wheelgun comes with easily interchangeable, seven-shot .357 Magnum/.38 Special and 9mm cylinders. A few different variants are available, but I tested a matte black model with a ported, 3-inch barrel; a red ramp front sight; a fully adjustable rear sight; a wide, smooth-faced trigger; a target-style hammer; a rubber grip; and Stellar clips for loading 9mm cartridges.

When I originally tested the revolver, I used four different .357 Magnum loads and three 9mm loads. Between measuring the revolver’s accuracy and running a couple combat/qualification courses, I put about 200 rounds through the Taurus. The tightest five-shot group from 15 yards, using a sandbag rest, measured 1.68 inches with the .357 Magnum cylinder. Using all .357 Magnum ammo, I also scored 337 out of 350 points on the combat course. The best part: There were no malfunctions, and I couldn’t find much to criticize about the revolver. I was so impressed that I kept the revolver. The only thing I changed was adding a Hogue Monogrip.

In too many circles, Taurus handguns aren’t held in high esteem. I believe that’s a mistake, especially with the company’s revolvers. I’ve tested and used Taurus revolvers for decades, and their quality and accuracy have been right on par with the “big boys.” I decided that my new Model 692 was going with me to Gunsite with the .357 Magnum cylinder in place—let the chips fall where they may!

This course called for 1,000 rounds of ammo, plus 50 frangible rounds. But my right hand is developing arthritis, so shooting 1,000 rounds of full-bore .357 Magnum cartridges didn’t seem appealing. So, I contacted Black Hills to obtain some .357 Magnum Cowboy Action Shooting rounds that use 158-grain, flat-nose bullets. I checked this load’s accuracy before the trip, and my best five-shot group at 15 yards was 1.48 inches a. The frangible ammo is for use in the shoothouse simulators, so I found out that some 77-grain Inceptor ARX cartridges I had in .38 Special would fit the bill.

I also used some tried-and-true leather gear. I chose VersaCarry’s Underground Premium double-ply belt and a Simply Rugged Sourdough Pancake holster. The latter is a hand-fitted, open-top rig that rides high on the waist with three belt slots. I also added an old Brauer Brothers cartridge slide to the belt so I could top of a partially empty cylinder when necessary. It came in handy during the course.

Gunsite also stipulates six speedloaders for the class. As I’m most familiar with HKS products, I decided to use the HKS Model 587-A, which holds seven .357 Magnum or .38 Special cartridges. A knob at the top of the loader is turned to lock the cartridges in or to release them into the charging holes of the cylinder. To hold the speedloader, I modified a black plastic HKS carrier to fit, since the 587-A is just a hair larger in diameter than the standard six-round speedloader.

The first day of this five-day course began in Gunsite’s main classroom, where our instructors—Jerry McCown, Ed Head and Jay Tuttle—explained our objectives, Jeff Cooper’s “Modern Technique,” safety precautions and how we’d eventually gain the skills necessary to feel “peace of mind” in terms of using a revolver for defensive purposes. We also covered topics like practical marksmanship, the proper stance, grip and sighting in.Thrown in were some revolver dos and don’ts, along with a discussion of dry practice and speedloaders. Then we headed to the south range to burn some powder.

Most of our square-range shooting would be at 3, 5, 7, 10 and 15 yards. Our targets were Gunsite’s camouflage-pattern silhouettes. The instructors led us through some exercises to ascertain our basic marksmanship skills. They quickly concluded that with few exceptions, the student body was well above average. A big obstacle for me was the Gunsite method for drawing and getting on target. I had spent years doing it other ways and using a two-handed hold that wasn’t really recommended. But I was determined to learn some new tricks! The instructors could also turn the targets using an incredibly precise computerized system where we sometimes had only 1.5 seconds to shoot.

Picking Up the Pace

Tuesday morning found us on the range, where we started by practicing the “School Drill,” which we’d shoot for time and score later. On the principle of “speed is built with practice,” we began slowly and finally used the turning targets at more realistic intervals. That was an eye-opener. We also went over shooting around walls, “slicing the pie,” one-handed shooting and handgun retention. After lunch, we practiced loading and reloading with two rounds at a time and malfunction drills—something I’d never heard of before. Late afternoon saw us back in the classroom with a discussion on ballistics, stopping power and revolver maintenance.

Wednesday started on the range with more of the School Drill, then we moved on to firing from two kneeling positions and learning how to safely turn 360 degrees and shoot. Both of these skills are included on the graded skills test at the end of the week. We also received a demonstration on shooting from and an introduction to the simulators.

That afternoon covered mental conditioning. Jeff Cooper’s well-known color code was discussed and reinforced by a vintage video of Cooper giving the lecture. Your “mindset” is considered one of the most important subjects when it comes to deciding if you can use deadly force. Critical principles like situational awareness, deliberate action, alertness, decisiveness and aggressiveness were covered, along with channeling anger to the threat, speed while keeping a cool head, and interrupting the “OODA loop” of an attacker.

On Thursday, we rotated through the simulators, with half the class shooting The Donga, an arroyo concealing various steel targets, and the other half clearing rooms in the Playhouse. Then we switched simulators before running more School Drills on the square range, shot some steel falling targets, practiced the graded “El Presidente” drill and were introduced to the two flashlight methods taught at Gunsite. We first practiced these techniques shooting in the daylight. That evening, we came back to south range for low-light and night shooting.

Friday was the test and graduation day. We again split the class and went through the simulators, then shot the School Drill, the El Presidenté and had a man-on-man shoot-off. Earlier in the week, I’d won a man-on-man event called the “Duck of Death,” which earned me a 2019 Gunsite challenge coin. But I didn’t perform as well during the last shoot-off. We then returned to the classroom and certificates were passed out. A real treat was a tour of Cooper’s home, the Sconce, located on the property.

First off, the Taurus Model 692 ran very well. There were no malfunctions, and the somewhat short ejector rod didn’t let me cause a “cartridge case under the star” malfunction. I did have to knock a case or two out manually, but that was mostly due to bad technique on my part.

With the mild loads I was using, I don’t think the barrel ports really helped. They blackened the red front sight, which I had to continually wipe off. I also made a good move in installing the Hogue rubber grip. The HKS speedloaders caused me some angst with the too-tight carrier; pulling them out sometimes caused me to twist the knob slightly and dump the rounds. I also concluded that a stiffener sewn into the top of my Simply Rugged holster would help keep it open for reholstering.

All of that aside, I leaned a hell of a lot at Gunsite, even for an “old dog,” and would highly recommend the 250 class to anyone who wants to gain the skills and confidence to defend themselves with a handgun. For more information, visit gunsite.com or taurususa.com.

This article is from the July/August 2020 issue of Combat Handguns magazine. Grab your copy at OutdoorGroupStore.com. 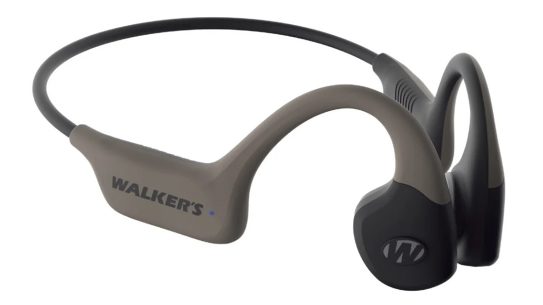