While we focus on the new and shiny things in the firearms world, sometimes we forget about things that have remained unchanged. One such item is our venerable buckshot. There have been vast improvements in rifle and pistol bullets over the last century, but buckshot has remained largely unchanged for more than 100 years. During that time, generations of Americans have protected themselves, their loved ones, and their homes with buckshot-loaded shotguns, relying on buckshot’s ample knockdown power and oversized pattern to quickly and effectively neutralize any threat. That changed recently when Federal released something that is truly innovative: splitting Force X2 Buckshot. 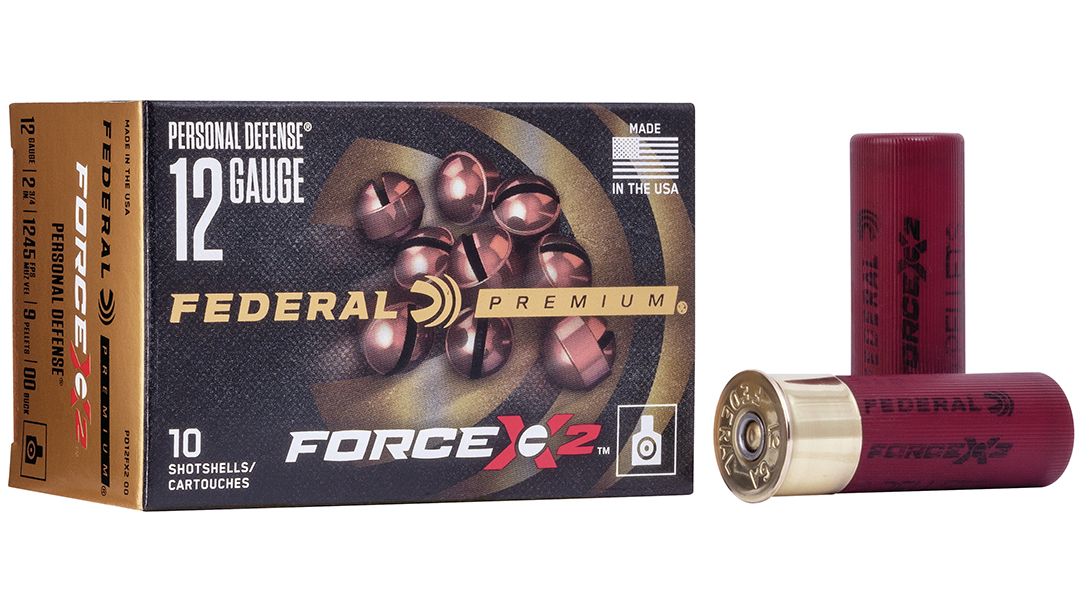 Federal set out to develop a buckshot load that hits like a train, forcing the target to absorb the full force of the pellets’ power. And because the payload is designed with the goal of remaining inside the target, it also minimizes the risk of over penetration. The result is its new 12-gauge, 2 3/4-inch Force X2 Buckshot ammunition.

The unique part of the buckshot, however, is in the nine pellets themselves. Unlike traditional buckshot, Force X2’s nine copper-plated, spherical-style pellets are designed with a central slit to initiate separation upon impact. The pellet’s central slit, or “mouth,” leaves a defined hinge at the pellet’s edge down the axis of the pellet. Upon striking an object, each pellet is designed to separate and create up to 18 distinct wound channels that travel to an ideal depth for personal protection. The result of splitting buckshot is massive target damage due to a larger transfer of kinetic energy caused by the projectile entering the target and its action of breaking apart inside.

The action of dumping energy to break into smaller pieces also results in slowing down the pellets. In general, this effect also reduces over penetration, decreasing the risk to bystanders. Federal’s Product Manager Dan Compton shared that “Force X2’s primary benefit is stopping power through energy transfer of the load inside the target. It wrecks the bad guy and stops the threat. As a side benefit, if all the pellets stay in the bad guy, it reduces the risk to others in the line of fire or the other room.”

Additionally, the shot patterns tight. Force X2 showed patterns of 4½ inches at 7 yards and 14 inches at 20 yards using an improved cylinder choke in tests done by Federal engineers. Patterns measured 4¼ inches at 7 yards and 12 inches at 20 yards, fired through a modified choke. Tests using 10-percent ballistic gel were also conducted, with penetration depth of the shells varying from 5¼ to 14½ inches, with an average of 9½ inches. The average depth when pellets start segmenting is 4.5 inches after impact.

On the range the Force X2 performed as suggested. I found them to be exceptionally soft shooting yet doing extensive damage to the target. It patterned tight and quickly dumped its energy into the target.

As Compton suggests, the reduced recoil nature of the rounds make for extremely fast follow up shots. This is critical in a personal protection setting and only deepens my belief in the effectiveness of these new rounds. Pushing out close to 1,800 foot pounds of energy, this new Force X2 is serious business and has the capacity to end a fight in very short order. For more information, visit federalpremium.com. 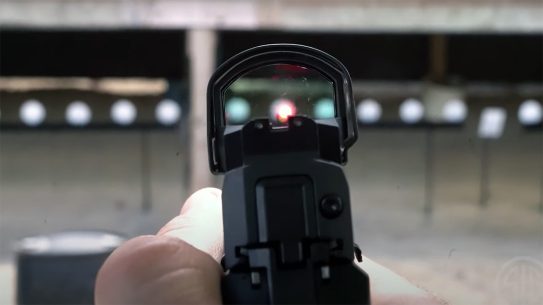 WATCH: How to Find a Red Dot Fast When Getting on Target

Carry optics remains a growing trend, but it takes proper training and practice to...