The story of P80 or Pistole 80 started in the not-to-distant past, around 1980. The Austrian Armed Forces was in dire need of a new sidearm. They were still using the Walther P-38, a pistol design that dated back to World War II. By 1982, some obscure plastic manufacturer in Austria was awarded a contract for 25,000 Glock 17 Gen 1 pistols, which the Austrian military dubbed the Pistole 80 or better known as the Glock P80. 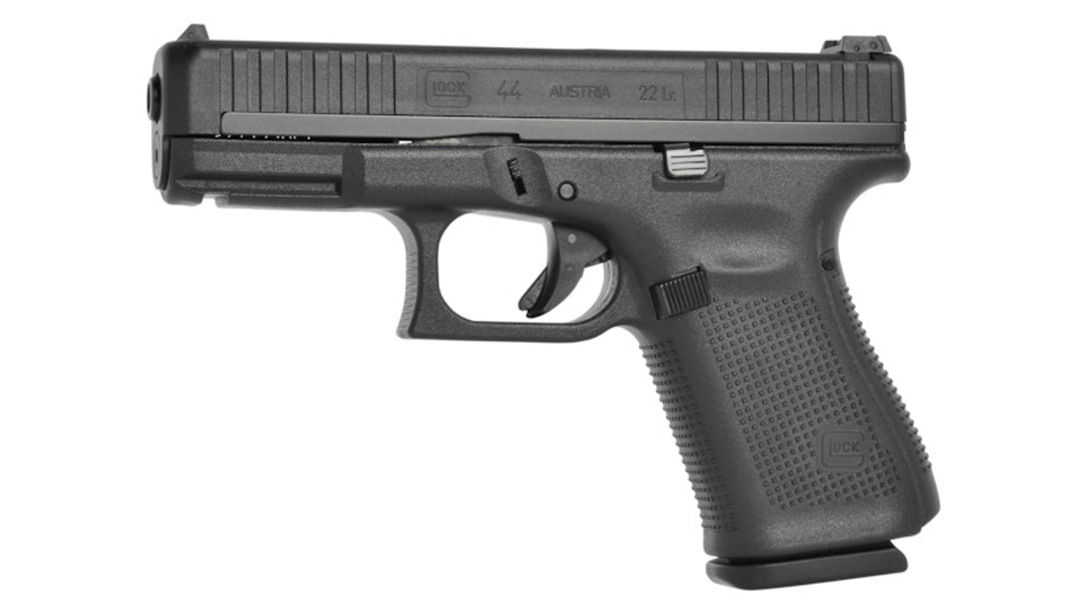 All the storied European firearms manufacturers like H&K, FN, SIG and others were left collectively scratching their heads and asking themselves: What just happened? The Glock 17 Gen 1 is what just happened, and it totally rewrote the play book on handgun design and manufacturing. It also made military forces, law enforcement agencies, and conceal carry users around the world rethink sidearms. Norway adopted the G17 in 1985 and Sweden in 1988. By the early 1990s, more than 45 countries lined up to buy Glocks (the U.S. included).

Lipseys partnered with Glock to recreate this iconic pistol. The new Glock P80 recreates the original military firearm down to the original “Tupperware” style storage box. It honors the occasion with a commemorative box and certificate.

It also features many First Generation design characteristics like a Gen 1 frame with a mild texture grip, sans accessory rail. I’ve always liked the look of the frame without the rail. The “Tupperware” box also gave me flashbacks to the 1980s. In my opinion, the P80 is Glock in its purest form.

Like many firearms manufacturers that reintroduce iconic firearms, there is some new engineering to the old design. To pull this off, Glock made a new mold that duplicates the original Gen 1 mold. The mold had been repurposed in the early 90s.

The new Glock P80 also has many improvements over the original P80 pistol; that’s a good thing because while the Glock 17 Gen 1 was a cutting edge design when it was introduced, the pistol has evolved through five generations of design changes and tweaks. It makes perfect sense to incorporate those changes into the re-introduced P80.

Watch the video above to learn a little more about the new pistol. Want to read my complete review? Then pick up the January/February 2021 issue of Combat Handguns magazine when it hits stands Oct. 27. For more information, please visit Lipseys.com.