Wasp stings suck! They hurt enough to distract you from just about anything and once you’ve been stung, you’ll do just about anything to keep from being stung again. I suppose that’s what inspired North American Arms to name one of their tiny .22WMR revolvers the NAA Wasp. It’s a tiny gun with a big sting! 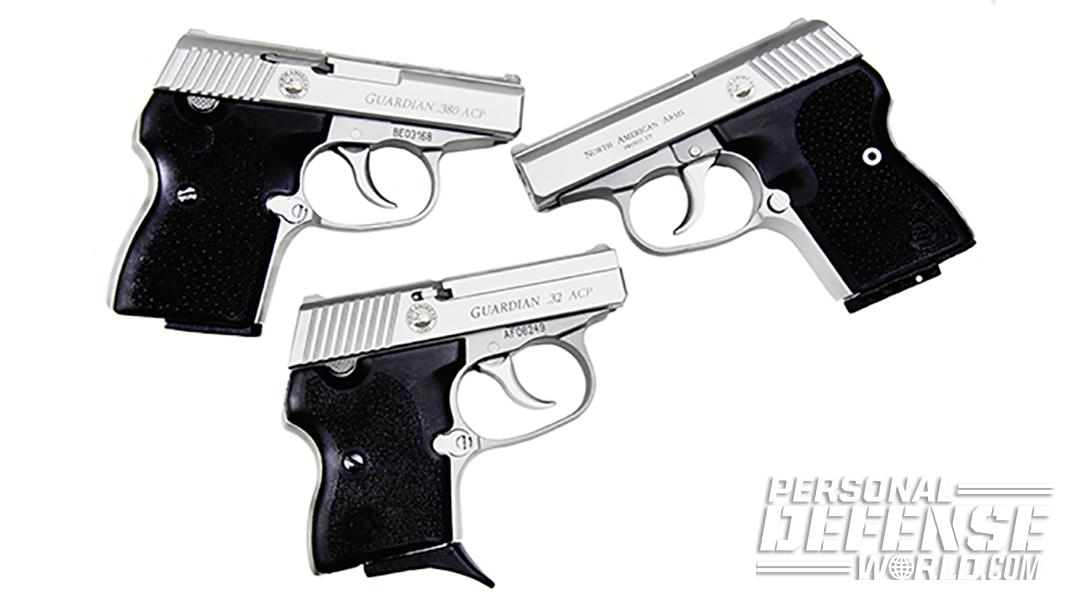 Testing 3 NAA Guardian Pistols to See Which One Shoots Best

The Wasp isn’t a new model. In fact, I had a chance to shoot it when it was a brand-new catalog item for NAA; that was probably 10 or so years ago. But sales of this popular little gun have kept it in the NAA lineup.

I had the chance to reacquaint myself with the Wasp during our Athlon Outdoors Rendezvous in Driggs, Idaho recently. The event brings in more than 30 manufacturers and a select few contributors to spend some un-rushed time and shoot and talk about what’s new. Over the course of three days I got to see a lot of old industry friends and make new ones. Jessica Jarvis is a new friend and also happens to be NAA’s sales manager. She took a couple minutes to refresh my memory of the NAA Wasp.

“We use 17-4 pH stainless steel for the major components,” Jarvis said. “In fact, just about all of our products use this type of stainless steel. We use it for its strength and corrosion resistance and that’s what makes our revolvers perfect for deep concealment.”

When I asked who buys the Wasp, Jarvis replied, “Just about anyone who needs to secret a small gun. A lot of law enforcement like to have back-ups to their back-up gun and ours are so small that they are completely unexpected—no one is going to know they have it.”

Jarvis’ point hit home with me. Years ago, I worked with a government agency that put me in contact with cartel henchmen and known sicarios on a daily basis. Of course, I was always armed. Usually with two semi-auto compact pistols, but I always had an NAA mini-revolver hanging around my neck in a Kydex sheath. But it was a gun of last resort and things would had to have gone seriously wrong for that gun to find its way into my hand.

NAA offers the Wasp with 1 1/8- and 1 5/8-inch barrels. Both lengths use a stylish vent rib and bead front sight. There are black flutes on the cylinder that match the ones on the cylinder base pin, and the hammer is skeletonized. Black, pebble textured rubber grips complete the Wasp aesthetics. It’s a handsome little gun!

The Wasp is chambered for .22 WMR, or .22 magnum as most people commonly call it. You can buy the Wasp with a second cylinder chambered for .22 LR for an additional $35. This is the way to go, and it won’t take too long to pay for that additional cylinder if you use .22LR ammo to practice with. NOTE: Never fire .22 LR in a .22 WMR chamber; it results in split casings and can tie up a revolver making it nearly impossible to for the cylinder to advance.

I had a chance to shoot several cylinders of ammo through the Wasp. Its bead front sight intrigued me. It’s great for shooting shot cartridges at things like rattlesnakes. My sister uses hers frequently in her stables. Bales of hay attract pack rats and, of course, that attracts the rattlers. But I was concerned the bead front sight might not provide the accuracy I needed for more distant targets.

With the Wasp loaded with CCI Maxi Mag loads I fired shot after shot at an 8-inch diameter steel target set out at 15 yards without a miss. The Wasp I fired had a trigger pull of about 6 pounds; it’s heavy enough that you’ll not likely fire it by accident. When the gun fires, its muzzle goes up about 45 degrees. It’s also easy for the support hand thumb to reach over and cock the hammer while getting the gun back on target.

In case you’re wondering, CCI’s 30-grain Maxi-Mag rounds leave the Wasp’s barrel around 1,090 feet per second and generate only about 78 foot-pounds of energy. For comparison’s sake, a Winchester 9mm 147-grain Silvertip leaves a 4-inch barrel at 890 feet per second and generates 258 foot-pounds of energy. So, you’re looking at about a third of the energy.

Another thing to consider for defense use is the Wasp is a single-action revolver and must be cocked for each shot. The speed of follow up shots is dependent on the user’s ability and skill. Nothing comes for free and life is all about compromises. In the case of the North American Arms Wasp we sacrifice power for size and concealability. But I wouldn’t want to get shot with one. Would you? For more information, please visit northamericanarms.com.