Well, here’s a new product sure to blow up the Internet. Texas-based AR500 Steel-Targets just released the Reactive Kenosha Clay Holder. And this one will no doubt draw some fire from the anti-gun crowd. 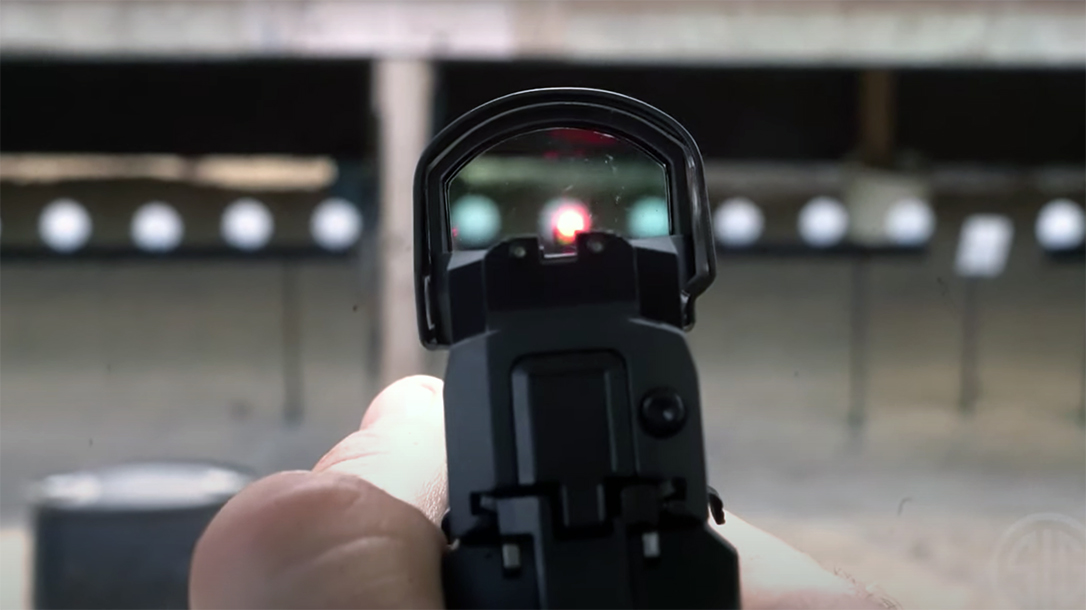 VIDEO: How to Find a Red Dot Fast When Getting on Target

What Is the Reactive Kenosha Clay Holder Target?

Back in August, following the police shooting of Jacob Blake, Kenosha, Wisconsin erupted in violent protest. At its peak, Rittenhouse took to the streets with others, allegedly armed and defending a local business. Then trouble came his way, as an angry mob seemingly descended on the young man. Viral videos show Rittenhouse allegedly shoot three protestors, two of which ultimately succumbed to their wounds. But this target focuses on the third protestor shot that night.

Viral footage showed a man, identified as Gaige Grosskreutz, seemingly armed with a pistol, allegedly attempt to accost Rittenhouse. As Grosskruetz moves in, the teen allegedly shoots the protester in the bicep, his final shot captured on film.

In the aftermath, battle lines drew immediately across culture lines. To many on the left, Rittenhouse became an instant villain. Meanwhile, many 2A advocates championed Rittenhouse and the use of a gun in self-defense. Now a reactive target allows shooters on the range to emulate that final shot.

The Reactive Kenosha Clay Holder features a clay pigeon as the target zone within the silhouette of an arm holding a pistol. When the shooter breaks the clay pigeon, the arm drops downward, neutralized. The reactive target is rated for shotgun, rifle and pistol.

The target utilizes 3/8-inch AR500 steel on the arm, mounting plate and clay holders. It mounts to a solid post or to a t-post with an optional bracket. Currently retailing at $222.07, the Kenosha Clay Holder might just end up in your next 3-Gun match or training class. For more information, visit ar500steel-targets.com.

I See You: X-Vision Thermal Reflex Sight TRW1 Cuts Through the Night