Choice is what makes the free market economy so tantalizing. What am I talking about? Sure, there are existing striker-fired polymer pistols already on the market, but that does not stop other companies from introducing their take on the topic. All of this leads to competition with the consumer benefiting, i.e. capitalism at work. At the 2020 Athlon Outdoors Rendezvous gathering I took note that SAR USA was attending. I had been hearing good things about their SAR9 striker-fired pistol. I was eager to get more acquainted with it. 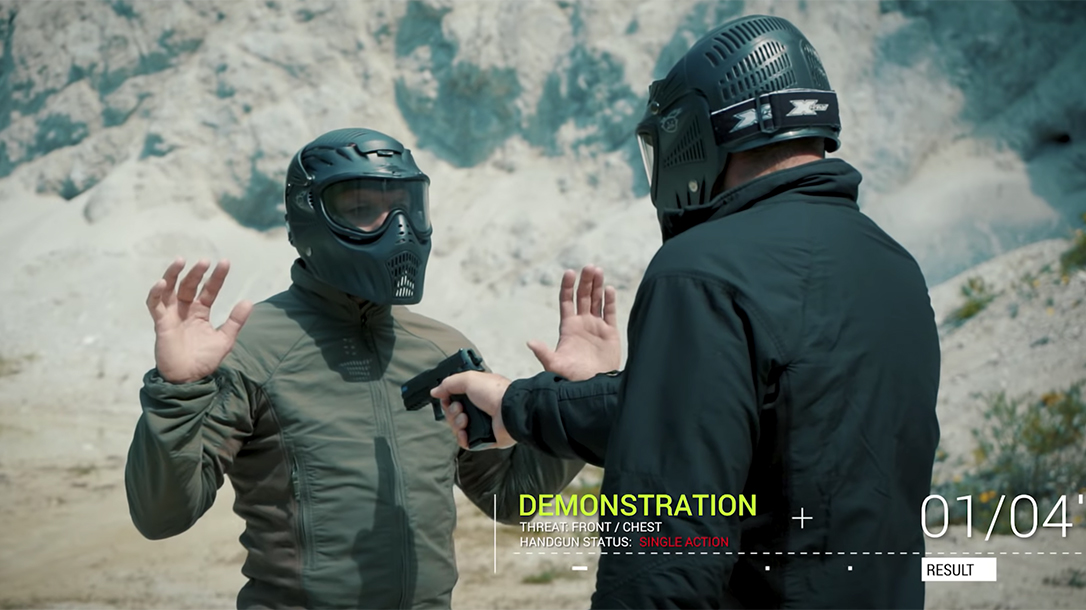 SAR USA is the exclusive U.S. importer for all firearms products produced by Sarsilmaz Silah Sanayi (SAR) of Istanbul, Turkey.  Sarsilmaz is one of the largest firearms manufactures in the world. Founded in 1840, it produces numerous firearms and supplies many NATO countries.

Initial discussion with SAR USA’s Todd Pearson was quick to establish that the SAR9 is no “knock off” clone. The SAR9 features fully ambi controls. Meanwhile, well thought out ergonomics provide for natural and instinctive aiming. Three interchangeable grip panels allow for end user tweaking for what fits best for them. The SAR9 frame is made of high-strength, impact-resistant polymer. SAR conducted extensive testing to make sure the SAR9 can function and endure in any environment. The Turkish military even adopted the SAR9 after a 90,000-round comparison test against guns from manufacturers such as Glock, SIG Sauer, FN, Walther and Smith & Wesson.

I took advantage of the exclusive setting to send a couple-hundred rounds of 9mm down range from the SAR9. SAR USA COO Todd Pearson just kept handing me magazines. It would have been rude to refuse. The SAR9 trigger offers a 6-pound pull weight. Trigger snobs will wrinkle their nose at this. The SAR9 is a personal defense/service weapon, not a competition piece. The trigger pull is clean with no crunching or grinding. A graph of the trigger pull would be interesting as there was something about it in a positive way that resists words. Reset length is minimal with positive tactile feel. This translates into a handgun that can send rounds downrange rapidly and accurately.

The SAR9 arrives with two 17-round metal mags. Well done front and rear slide serrations ensure solid purchase when manipulating the slide. An ambidextrous frame-mounted safety is present. You can actively use it or flick it down and leave it there serving as a rest point for your thumb, like a 1911. The safety is surely a result of military trials as well as import regulations.

The polymer frame features a MIL-STD 1913 accessory rail for lights/lasers. The barrel locks up tight when in battery. The SAR9 operates via a modified Browning locked breech short-recoil method with a single locking lug milled above the barrel’s chamber. The SAR9’s slide mass and shape help deliver increased muzzle control for double taps or longer strings of fire. A low bore axis relative to the shooter’s hand enables a very stable sight picture no matter the number or speed of rounds fired.

Polymer-framed striker-fired handguns are inherently lighter, thinner, and simpler due to the limited number of parts compared to steel-frame hammer-fired pistols. It needs less large steel parts; thus, there are fewer parts with a chance to fail. Generally, this makes the gun easier to maintain and more reliable. The relative quick adoption of striker fired weapons for LE and military use around the world bears out this truth. The SAR9 is portable, reliable controllable, and lethal. This is a perfect combo for a defense handgun. For more info, please visit sarusa.com.