Red Dot vs Laser: A Veteran Lawman’s Take on the Pros and Cons of Both

The endless debate between point shooting and sighted fire for combat applications shows no signs of abating. Proponents of point shooting argue that since most armed confrontations unfold at relatively close range, and since your focus will be on the threat, using your sights is an unrealistic expectation. On the other side of the fence, the advocates of sighted fire opine that if you don’t get some semblance of a sight picture you are likely to miss, even if your assailant is just a few steps away. The red dot vs laser option only adds to the debate. 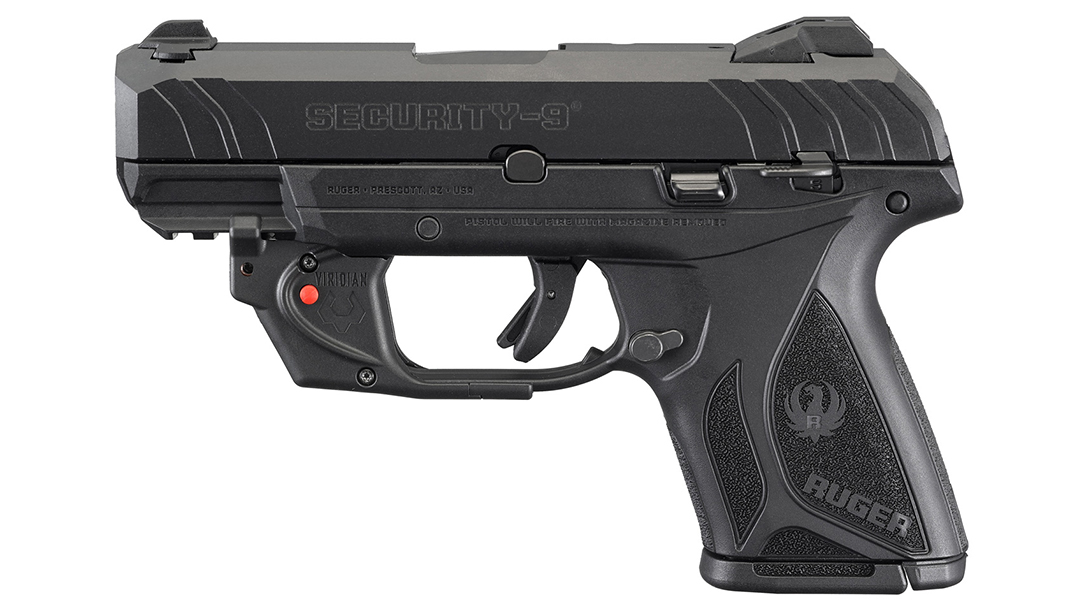 In reality, both camps make some valid points, but regardless of what you believe, making decisive hits in combat is very different than on the sterile range. On a positive note, there have been some technological advances that can mitigate the effects of life-threatening stress. In order to achieve a greater likelihood of scoring a hit, both laser aimers and miniature red-dot sights (MRDS) are viable considerations. The red dot vs laser option provides multiple solutions.

One of the issues with taking a traditional sight picture is that it requires the shooter to utilize multiple focal planes to deliver accurate fire. The eye bounces from the threat to the front sight, back to the rear sight, and finally back to the front sight before breaking the shot. At typical combat distance, you might be able to edit out a step or two by taking a flash sight picture, but many would argue it still defies natural instincts when subjected to life-threatening stress.

Both lasers and red-dot sights allow the shooter to utilize a single focal plane. Simply superimpose the dot on what you want to shoot and press the trigger. Unlike point shooting, you now have a very reliable index on the target. However, you still have to be especially mindful of grip and trigger control. In theory, this is indeed a significant shortcut toward success, but there is a little more to the story.

Although high-quality red-dot sights have been on the market for several years now, there was one more hurdle to cross before they became widely accepted. Until fairly recently, one had to mill the rear of the slide in order to affix a red-dot sight, which can be an expensive proposition. At the present time, every major manufacturer of semi-auto pistols offers one or more variants with a removable slide plate to expedite the mounting of a red-dot sight. This, of course, caught the attention of law enforcement agencies as it brought the price of red-dot equipped pistols to a more reasonable level.

Like many other commodities, quality is going to cost a few bucks more, and this is certainly not an area where you want to cut corners. By all means, avoid the hobby-grade sights like the plague. Aimpoint, Leupold and Trijicon, as well as a few others, turn out units that can hold up to the rigors of daily carry and a high number of rounds. A little dose of reality is in order here, and you can expect to pay as much or even more for a quality MRDS as you did for your pistol. Additionally, suppressor-height sights have to be retrofitted to your pistol in the event the optic fails and you have to go to the back-up irons.

Regardless of what you have heard, simply slapping a red-dot sight on top of your favorite pistol isn’t going to turn you into Dirty Harry. My introduction to red-dot optics occurred several years ago when I attended a class sponsored by one of the major manufacturers. As one who has more miles on his odometer shooting iron sights than he would like to admit, I was underwhelmed. No doubt, the hits at the longer distances were a bit easier, but at typical combat distance I felt handicapped. I have been led to believe this experience isn’t all that unusual for shooters who cut their teeth on irons. However, new shooters who start out with a red-dot optic might be able to progress faster.

The bottom line is that if you go to a red-dot optic, some serious training is required before you bet your life on it. One of the issues I had when working with my own MRDS was quickly finding the dot. After several hundred draws and press outs from a ready position, I noted the dot came into view from above the screen to the middle. The key, at least for me, was keeping both eyes open and concentrating on a consistent grip. That not only helped with finding the dot for my initial shot but for subsequent shots as well. Truth be told, I had to dial my game way back and work up to speed before I was comfortable with my performance. I still have a long way to go but I’m working on it.

Practical laser sights have been on the scene for at least 25 years and there was a time when a great many people in the know thought they would be the next big thing. For any number of reasons, that didn’t happen.

A laser can project either a visible or invisible beam. However, personal-defense or law enforcement units utilize a green or red visible beam. Red lasers are more common, while green is visible in a wider range of light conditions. Lasers are visible indoors and in reduced light and are, in fact, the ultimate night sight. In any sort of bright light, however, the laser will not be readily visible.

Crimson Trace struck gold when it introduced Lasergrips back in the 1990s. The laser diode was mounted in the handgun’s grip panel and activated by taking a firm firing grip. LaserMax solved the laser riddle by engineering the laser into the pistol’s guide rod. Both of these systems are still in wide use today. What I have come to favor are the combination white-light/laser units that can slide onto the accessory rail of my pistol. That system is a threat identifier and a means of getting on target. Until recently, finding a suitable holster for the combo units was tough, but that has all changed. My Glock 19 with a Streamlight TLR-8AG in place rides in fine style in a Gladius OWB holster.

Most real-world events happen in less than optimum light and at close range. Both you and your adversary are likely to be moving and a laser/white-light combo can yield a very big advantage. And if injury prevents you from shooting from eye level, a laser can still give you the ability to get a reliable index. What’s not to like?

The ability to obtain a single-plane focus on a threat constitutes an attribute shared by both lasers and red-dot sights. Beyond that, the end user has to give some serious thought to what other attributes best suit his or her personal needs.

Red-dots clearly boast an advantage over iron sights as distance between the shooter and the threat increases. For a great many shooters, both accuracy potential and speed of engagement will be enhanced at distances beyond 15 yards. Unlike lasers, a red-dot sight is visible under all light conditions.

A laser sight begins to pay dividends in indoor environments and in reduced light conditions, and is indeed the ultimate night sight. It also syncs very well with the natural response of focusing on the threat, since the laser actually rests on the target. Simply find the dot and press the trigger. In my experience, the learning curve with a laser isn’t quite as steep as with a red-dot sight, but you might very well come to a different conclusion. On small hideout handguns often utilized for personal defense a laser can be a huge force multiplier.

I previously equipped my primary handgun with an illuminator. So transitioning to a smaller white-light/laser combination became a no-brainer. At this point, my interest in red-dots is academic in nature, but I wouldn’t rule them out as carry options in the future. Ultimately, technology is great, but it will do you no good if you don’t go out and master it.