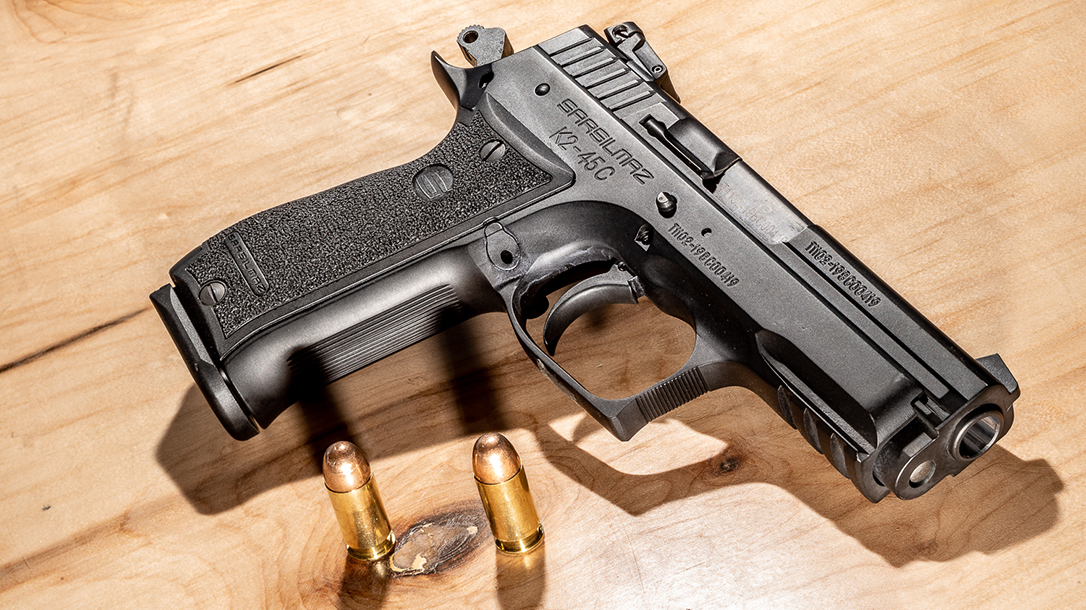 Drop the name “Sarsilmaz” in a conversation with your gun buddies and see how many reply with a blank stare. Ask if they think a company they never heard of in Turkey could make a quality firearm. Then ask if they ever heard of Lockheed Martin. Sarsilmaz is the Turkish equivalent of Lockheed Martin. It is a 140-year-old aerospace engineering company based in Turkey. Sarsilmaz comprises 11 factories, uses state of the art CNC machines and produces airplane parts, ammunition, guns and a host of precision components for other industries. It produces weapons for the police and military all over Europe but is almost unheard of in the U.S. So it incorporated SAR USA to change that. And the SAR K2 45C could go a long way in changing the brand recognition. 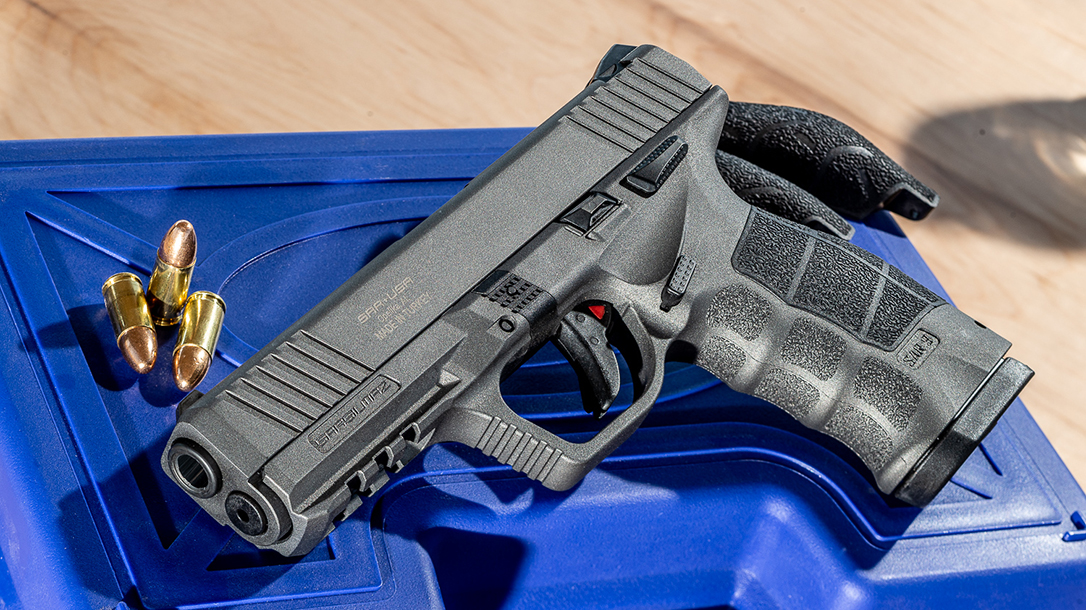 SAR USA was started in 2017 and is the exclusive importer of Sarsilmaz firearms. Other companies had imported Sasilmaz firearms prior to this, but they had slapped their names on the guns and done little to promote them.

The people at SAR USA recognized that Americans push their guns to perform in ways that the European community does not. Ever try to do a speed reload with a European magazine catch on the bottom of a pistol? So instead of simply importing European guns, they redesigned them for the American market and then had their parent company build and ship them over. The result is extremely high-quality firearms with low overhead but virtually no name recognition. But that is starting to change.

I recently got to meet with Todd Pearson at the 2020 Athlon Outdoors Rendezvous for an in-depth look at the SAR USA firearm offerings. On top fo the SAR9, tt was there that I shot the K2-45 C. The name didn’t roll off my tongue any better than Sarsilmaz, but names aren’t what make great guns.

Todd told me there are several K2 offerings in .45 ACP. It can be purchased in black or stainless steel, and in normal or “C” configurations. The “C” of course means compact. However, the “C” model is pretty close to the same size. The full size K2 has a 14-round magazine and the compact has a 13-round magazine. The full size has a 4.7-inch barrel and the compact has a 4.2-inch barrel and is about two ounces lighter. MSRP on the Stainless models is $533 and $477 for the black.

I picked up one of the guns, locked the slide to the rear, and immediately recognized the European internal slide rails that are the opposite of most American guns. Todd explained this design is common for several different European gun designers. I know from experience that internal slide rails work very well.

The K2 45C is a hammer-fired DA/SA. You can carry it cocked and locked with the safety on or with the hammer down, or even with it on half-cock to relieve some of the take up on your first shot. Heavier than a polymer gun, it had great ergonomics, a good trigger, a dovetail rear sight, a Picatinny accessory rail and a large beaver tail. The grips are removable and Todd explained that the aftermarket options for SAR pistols including grips, extended magazines and triggers were exploding. A quick Google check showed he was right.

Like everyone else, I am always on the lookout for a great deal. Buying something of high quality before it becomes wildly popular and more expensive. SAR USA is importing some very nice guns, not the least of which is the K2 45C. I liked it so much I am going to get one and do a full test and review of it. For more information, visit sarusa.com. 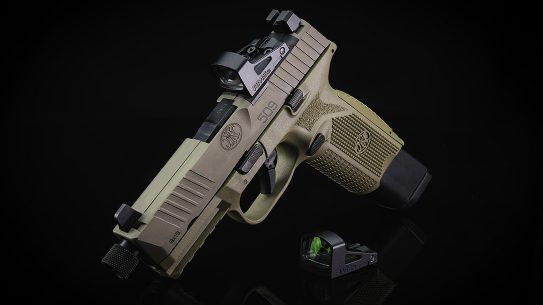