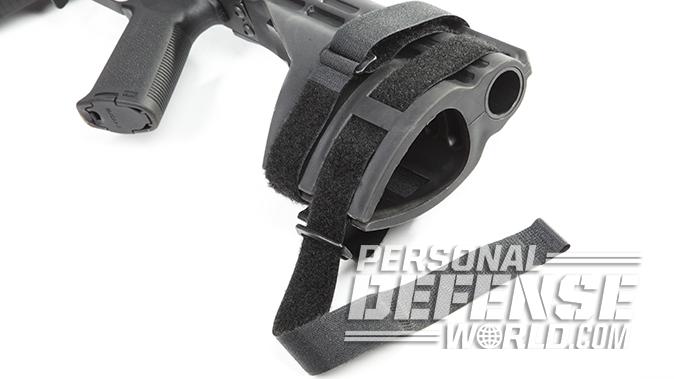 The letter, dated Dec. 22, states: “We are disturbed a government agency would issue guidance that would take away a disabled veteran’s ability to enjoy his constitutionally protected right.” The first PSB’s came about as a tool to help disabled veterans on the range. “In fact, the ATF seems committed to attacking the constitutionally protected rights of all law-abiding citizens,” the letter continued.

The letter also takes exception with the ATF’s potentially greater impact. It calls into question using the National Firearms Act to “turn law-abiding gun owners into criminals overnight.” It further points out the guidance allows “the ATF to be subjective in their determination. With ambiguous and malleable subjective criteria such as these, it is obvious the ATF has no interest in clarifying the matter but banning stabilizing braces outright and submitting lawfully purchased firearms and their owners to federal regulation.”

The letter from 90 member of Congress serves as the first salvo of pushback. It remains to be seen whether or not the vocal support will resonate with ATF. In recent weeks, the ATF reportedly performed a raid on Polymer80. And now several moves make it clear the ATF intends to re-classify the PSB, potentially requiring NFA classification.

And dark clouds for gun owners continue to loom on the horizon. Remember, the incoming Biden-Harris White House takes power in January. With it most assuredly comes a war on guns. That war will likely

It’s great to finally see some politicians beginning to take up the sword for the Second Amendment. Sadly, much more fighting likely remains.