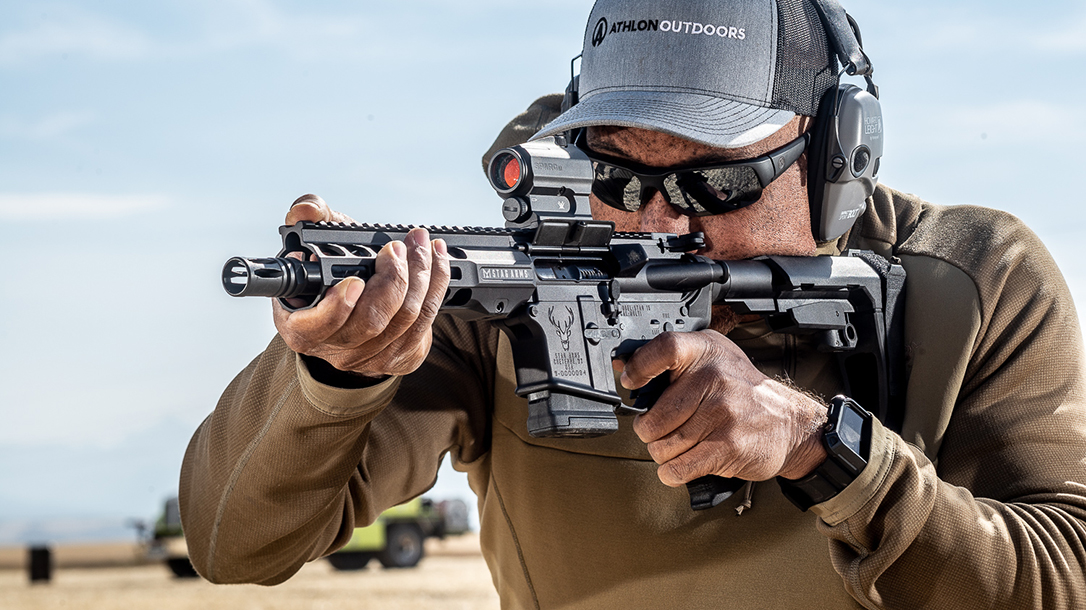 The just-announced Stag Arms Model 15 QPQ Pistol holds a place in my heart already, and there’s a reason for that. Stag Arms and I go back a long way. In the mid-2000s, before I worked in the firearms industry—and when 90 percent of my shooting was high-level training with the AR platform—I looked to Stag to help me get past the damning effects of shooting suppressed as a southpaw. Having been a long time fan of SBRs and with NFA approval wait times of a whole 30 days (in many cases two weeks), I learned that I needed a left-handed upper receiver if I was going to truly be able to enjoy suppressed shooting. 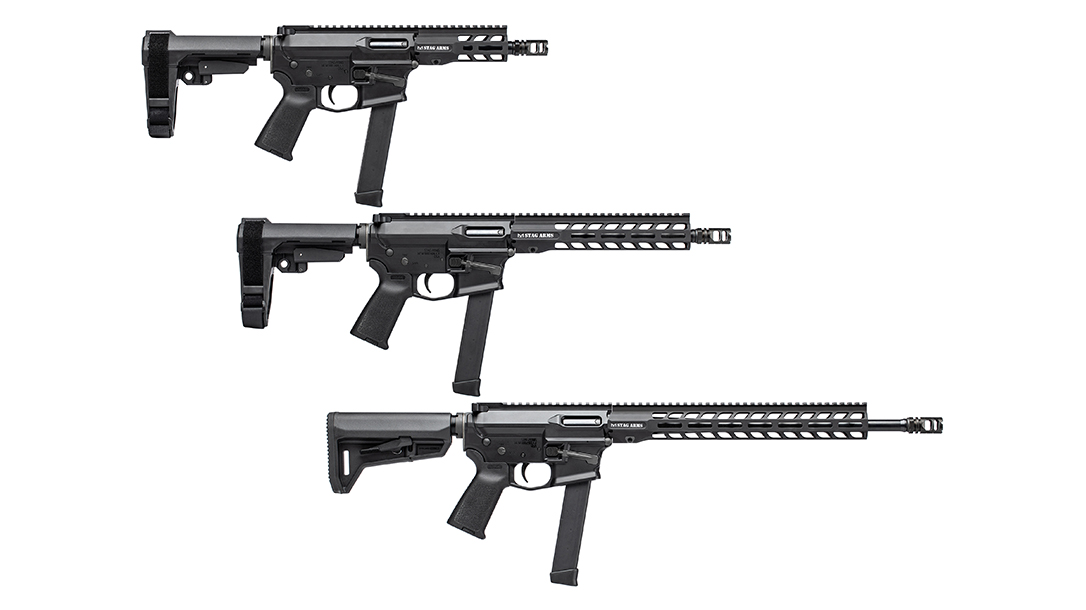 With such a past I was excited to get my hands on the Stag Model 15 QPQ during the 2020 Athlon Outdoors Rendezvous. Why? Well because I had no doubt Stag would have a left-handed model that I could relish in. Guess what? Stag did.

Historically, Stag has delivered good quality shooting products at reasonable prices and with a host of options and configurations featuring Mil-Spec parts in the right places. It has been one manufacturer that’s not afraid to have a SKU or two or a million. This means we shooters are more likely to find what we are looking for instead of having to simply settle for something. I can imagine it gets complicated from Stag’s end, but it still does it.

Even with the recent AR pistol brace meltdown, it looks like this variant is here to stay, at least for the moment. This writing is happening on inauguration day, so you can fill in the blanks. And the pistol variant may have no better chambering than the 300 BLK, with its plump projectile that delivers a wallop from short barrels and still burns most, if not all, of the powder in the case, which isn’t so with the 5.56.

The Stag 15 QPQ brings the right mix to the AR pistol platform with an 8-inch chromoly Black Nitride coated barrel (QPQ). The twist rate is 1:7, and should handle both super and subsonic pills well. If you are so inclined and can find (and afford) enough ammo to shoot the barrel out, Stag provides an “Infinite Shot Barrel Guarantee,” meaning it will replace it at no charge. But something tells me that won’t be something they’ll have to execute for a decade or two.

A 7-inch Stag Arms Slimline handguard allows just enough flash hider to show, but shouldn’t interfere with suppressor placement if you choose one with a brake-type adaptor. Direct thread could be sketchy depending on the can you select. As you might expect, M-Lok attachment points adorn the short handguard, and the gas system is pistol length.

Mil-Spec parts include 7075 T6 aluminum upper and lower receivers with Type 3 Hard Coat Anodizing. The lower sports the new Cheyenne, Wyoming stamp, as it’s where Stag now resides. The package includes a black Nitride coated bolt carrier group, charging handle, and trigger. In the rear it gets a SBA3 stabilizing brace and a heavy carbine buffer and spring.

A Magpul MOE SL pistol grip and shooter-hand-specific safety selector provided a unique feel. A right-handed gun features the selector on the left side, and vice versa.

For whatever reason, shooting a LH model is like shooting a brand new platform, especially in a sea full of right-handed versions. I was excited to step up to Stag’s table and give the Model 15 LH a whirl. The gun performed as it should. It functioned flawlessly for the few mags I put through it. I had no reason to believe it wouldn’t continue to do so. It was a pleasure to shoot, making easy work of steel both near and far.

I fed several full magazines through the Stag, paying close attention to the recoil impulse. The mitigation of recoil really sets these platforms apart when so many other things prove equal. Some want to beat you to death while some want to lull you to sleep with their plushness. The Stag is somewhere in between the two extremes, which means you probably don’t have to worry about it short stroking or falling apart under its own abuse.

I seriously considered grabbing one of these LH models for “truck gun” purposes. I just haven’t pulled the trigger on that yet, pun intended. And maybe I can’t now that the demand is so high. If you can grab one, either handed version will work nicely for you. But if you shoot southpaw, do yourself a favor and get a left-handed version. 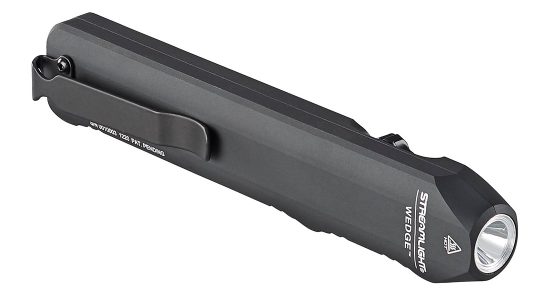 Delivering a 1,000-lumen blast of light up to 110 meters, the Streamlight Wedge handheld...