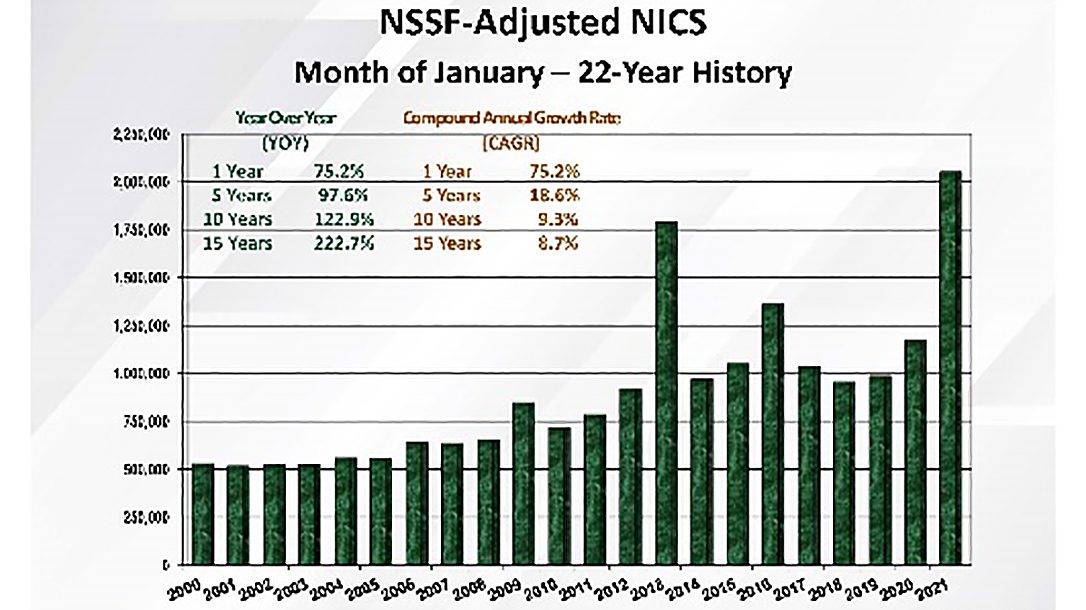 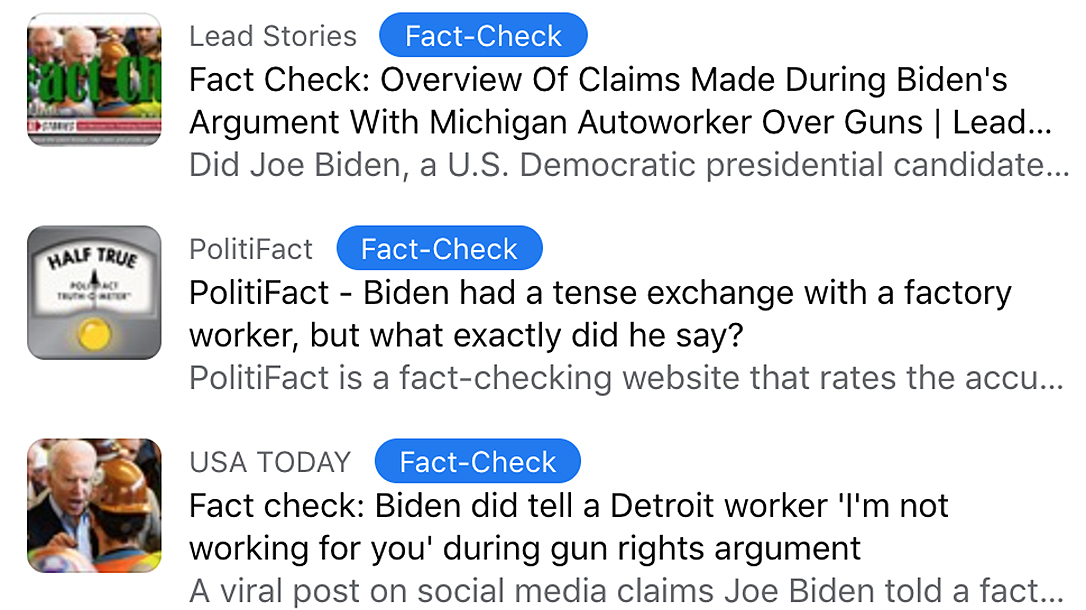 The current political climate continues to play a roll in the surge in gun sales. The Biden administration recently began a subtle attack against the firearm industry via banking practices.

“Americans are continuing to purchase firearms at a blistering pace,” said Mark Oliva, Director of Public Affairs, NSSF. “That’s undoubtedly connected to President Joe Biden’s plans to attack the firearm industry by undoing and rewriting regulations and executive actions to target the firearm industry, which started with freezing the publication of the Office of the Comptroller of the Currency’s “Fair Access” banking rule. The Biden administration interfered with an independent government agency to further an agenda and perpetuate the illegal Operation Choke Point by farming it out to corporate banks. That was just the opening salvo.”

More Anti-Gun on the Way

“January’s NICS figures clearly spell out that the demand of law-abiding Americans to purchase firearms isn’t abating,” Oliva said. “It is growing. Three of the top 10 weeks and one top 10 single day for the highest number of FBI NICS background checks occurred in January.

“Americans are claiming their Second Amendment rights to provide for their own safety in record numbers,” Oliva continued.

Meanwhile, defund police movements continue to sweep through major cities. All the while, crime, and the memory of looting and rioting, remains in the mind of many Americans. Yet Biden plans to destroy the Second Amendment and the entire firearm industry.

“President Biden promised to pursue the repeal of the Protection of Lawful Commerce in Arms Act (PLCAA), weaponize the Bureau of Alcohol, Tobacco, Firearms and Explosives (ATF) to revoke licenses for minor clerical errors and ban entire classes of firearms from lawful ownership and tax or seize modern sporting rifles (MSRs), or AR-15 style rifles, and magazines in a scheme that would cost those owners an estimated $34 billion for the privilege to own what they already lawfully own,” Oliva said. 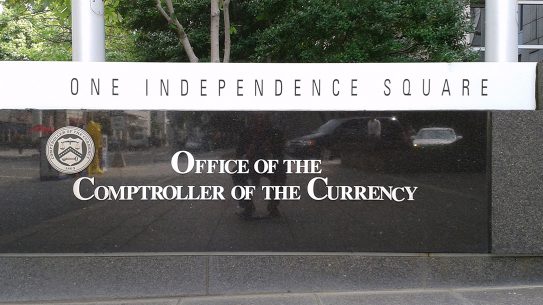 The Biden Administration has allegedly aimed the Treasury Department's Office of the Comptroller of...