Ugh, this one just brings no redeeming quality to the table. Atlanta rapper Rayshawn Lamar Bennet, known professionally as YFN Lucci, popped a negligent discharge while filming on set recently. 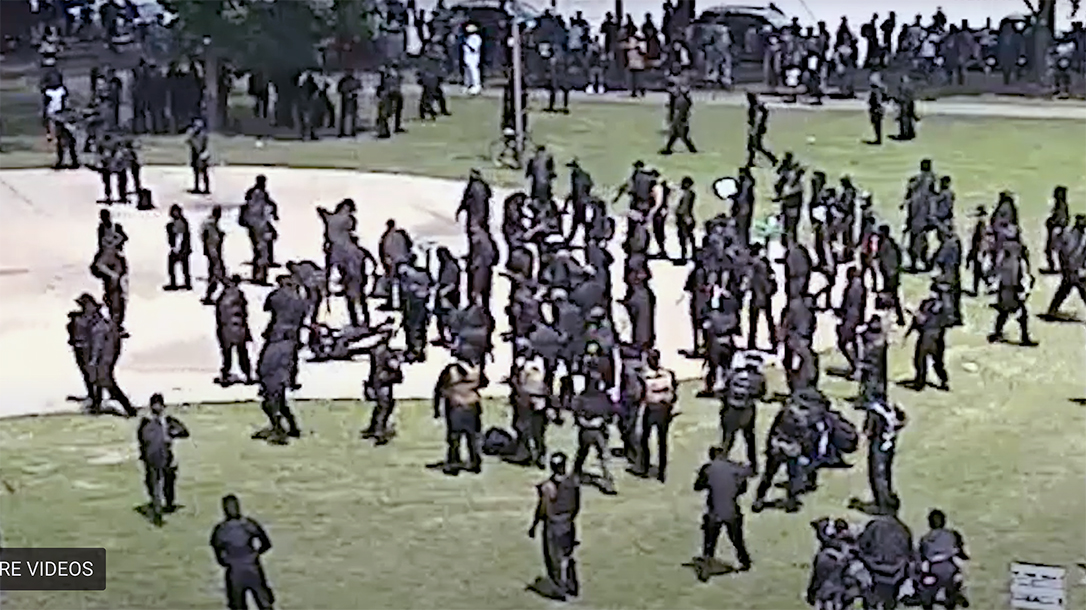 Footage shows the singer-songwriter unfold the stock on what appears to be a KelTec SUB-2000. He continues to fiddle with it, making one think he doesn’t know much about how the firearm works. Then “pop,” he shoots an ND into the floor. Bennet then turns and walks away sheepishly, the offending carbine still in hand.

Why is there a loaded weapon on a set? Seriously, what are y’all doing? YFN Lucci raps about guns plenty enough in his songs. The dude ought to know a thing or two about them. But it simply makes no sense for anyone to bring a loaded weapon that will be later used as a prop in a video.

Secondly, c’mon man, keep your finger off the trigger. Bennet broke the first rule of gun safety, putting his finger on the trigger while he messed with trying to figure out the weapon. Not good. He’s really luck he didn’t blow his lil’ piggies off, or worse, shoot a colleague dead.

Unfortunately for the rapper, his troubles don’t end here. Bennet recently turned himself in to police, wanted in connection with a murder in Atlanta, reported CNN. Not a good look at all.

Finally, it’s cool if rappers wanna be all about guns. They’re just singing about the world around them. But if you’re gonna handle some iron, please learn how to operate it safely. Go to the range, take a class. Head out to Gunsite and take a full course.

You’ll be a helluva lot safer. And you’ll look more badass as well, which we’re guessing is what you’re going after.

And we’re not picking on rappers here, or anything else you might come up with. In 2019 we highlighted regular old gun owner ND with a Desert Eagle. In March, famous gamer Carl Riemer popped off while live streaming.

We don’t care who you are, it’s not cool to jeopardize others with a firearm. We all have a responsibility to maintain firearm safety.