Rush Limbaugh passed away Wednesday after a lengthy battle with lung cancer. With his passing, the country lost not only its strongest voice for the conservative political movement, but also an incredibly strong advocate for the right to keep and bear arms. 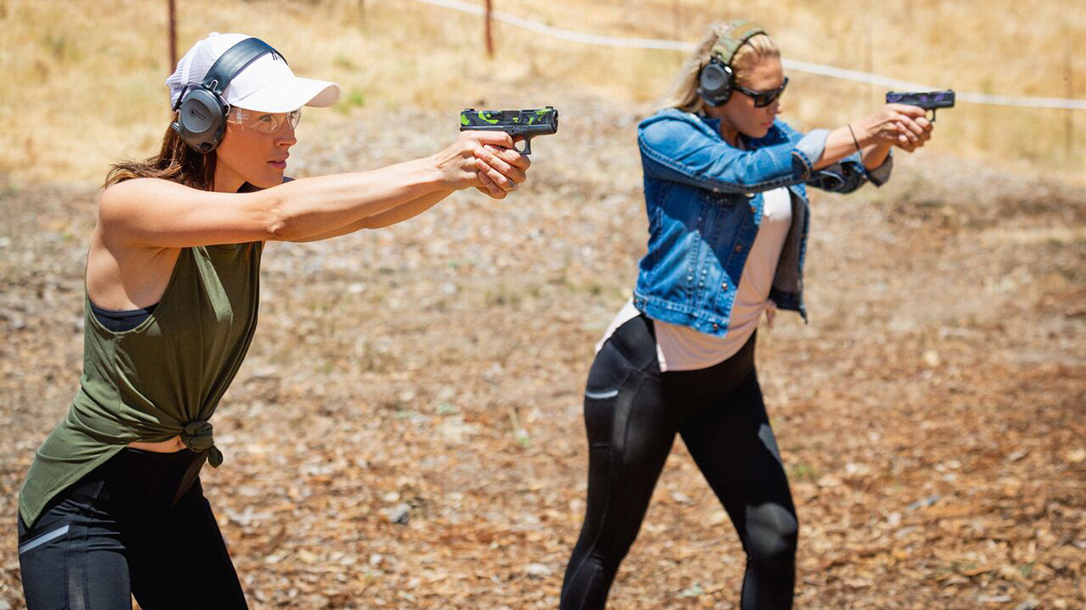 Amy Robbins: The Self-Defense and 2A Advocate You Need to Know

Born in 1951 in Missouri, Limbaugh was a pioneer for radio talk shows and best-selling author. He passed away Wednesday at his home in Florida. He was 70.

Limbaugh’s conservative show was first syndicated in 1988, and I began listening on a regular basis in 1989. Over some 32 years on what he called the “Excellence In Broadcasting (EIB) Network,” Limbaugh worked tirelessly, hosting his radio show for three hours each weekday and even having a television show for a few years. Unlike many media personalities, Limbaugh was an important part of the daily life of millions of Americans, seeming more like family than a talk show host.

He famously quipped many quotable quotes; “Talent on loan from God,” and “With half my brain tied behind my back, just to make it even,” stand out. Limbaugh became the most loved radio host in history among conservatives. Conversely, he became roundly hated by many on the other side of the political spectrum. In his defense, many who hated him likely never listened to him, instead relying on so-called “mainstream” media using brief statements out of context to flame their passion.

Limbaugh’s thoughts on the Second Amendment were always clear, as he once noted, “You know why there’s a Second Amendment? In case the government fails to follow the first one.”

With his giant daily audience of millions, it’s not hard to see that Limbaugh likely helped shape the hearts and minds of many concerning the Second Amendment for the betterment of all gun owners.

Back in 2018 when The New York Times ran a headline encouraging the repeal of the Second Amendment, Limbaugh was quick to respond. Noting the Bill of Rights contained all things James Madison had heard no serious objections to by anybody, Limbaugh said, “It was already the presumed natural way to live then at the time. They weren’t innovating, they weren’t changing anything, they weren’t protecting or guarding. They were just codifying the liberties and freedoms that were considered proper at the time.

“The Democrats are between a rock and a hard place on it,” he said during one of Hillary Clinton’s presidential runs. “They hate the Second Amendment. They want to get rid of it, but if they come out and say that they will lose the election, so they have to lie, as Hillary Clinton did.”

Limbaugh even made an appearance at the National Rifle Association’s annual meeting back in 1993. He thrilled the large crowd in Nashville with his keynote address at the member’s banquet.

“In discussing freedom, I can think of no better place to do it than in front of the National Rifle Association,” Limbaugh said during a speech that was punctuated by repeated standing ovations. “If liberals read the rest of the constitution the way they read the Second Amendment, then gun ownership in America would be mandatory.”

Limbaugh also spoke of the pursuit of excellence. The true passion for him resounded with the NRA members present. It continues to with the majority of America’s law-abiding gun owners.

“Something that accompanies the pursuit of excellence is an uplifting of virtually everyone around them when that is going on. I find too much of our country today focused not on lifting, but on lowering.”

The Passing of Rush Limbaugh Leaves a Void

“‘With talent on loan from God’ was Rush’s humble way of masking his genius,” LaPierre said. “He captivated tens of millions of faithful listeners five days a week by giving us the hard truths. The pioneer in talk radio. A broadcast legend. An unapologetic supporter of our Second Amendment and the NRA. I will forever treasure our last conversation in November. And, a true friend. Rest in Peace, Rush.”

In the end, Limbaugh’s pursuit of excellence allowed him to live a storybook life. He did what he loved and made a great living while doing so. That’s about all any of us can hope for in life.

Rest in peace, Rush Limbaugh. Your passing leaves a three-hour gap in many people’s day. The void will prove never filled in their hearts. And conservatives lose your critical voice, one relied upon for more than 30 years. You assured conservatives their believes constitute the mainstream, not reviled or replaced.