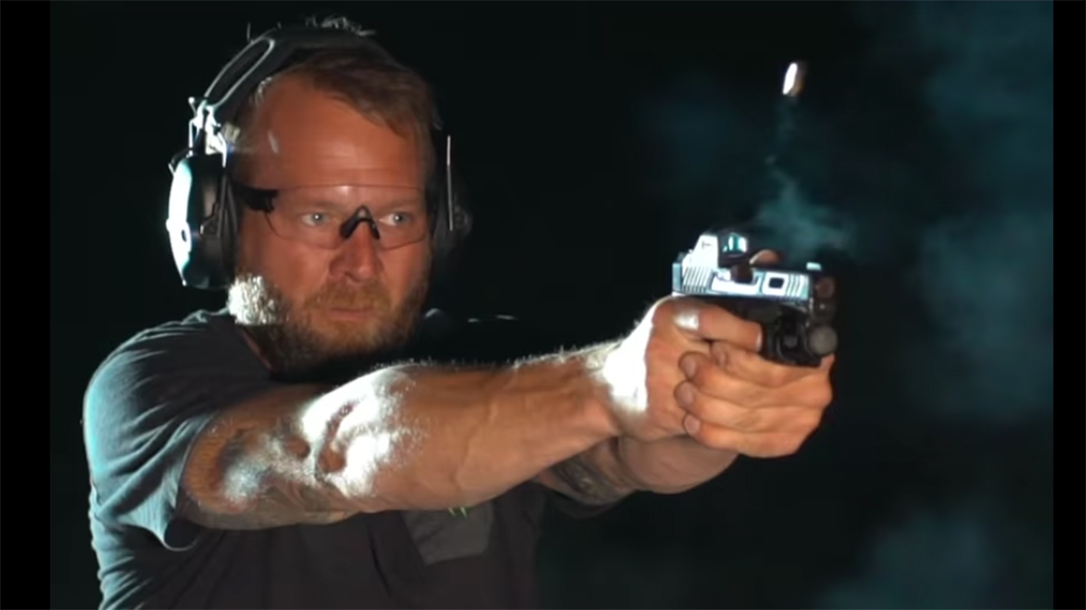 The incident began when a father saw his son, 26-year-old Mario Clark, allegedly armed, reported Fox 5 Atlanta. Police say the father noticed the son printing through his clothing. He also didn’t want the son leaving the house while carrying.

“The father saw the imprint of the gun, that’s the outline of the gun in his clothing,” Inv. Toby Nix, Coweta County Sheriff’s Office, told Fox 5 Atlanta.

So when the son refused to surrender his gun, the father took action, reported Fox 5 Atlanta. The father went and retrieved a gun of his own; that’s when the father-son shootout broke out.

Footage shows the father walk across the frame with gun in hand toward his son. Footage appears to show the father refrain from firing, just pointing the gun. He then flinches and flees off screen after his son allegedly opened fire. Then Mario Clark appears in the frame again, now pointing a pistol. The son ducks and runs for cover before appearing to fire again. The father returned fire, “fearing for his life,” according to police.

“Our patrol deputies were able to make contact with the male outside the house and he still had the firearm on him at that time,” Nix said, reported Fox 5 Atlanta.

Police said the father acted in self-defense, so he doesn’t face any charges, reported Fox 5 Atlanta. The son, however, faces a charge of aggravated assault.