We don’t condone illegal activity of any kind, but give this suspect an “A” for effort. The Catawba County Sheriff’s Office (CCSO) in North Carolina reports that a suspect converted a Glock 19 pistol to look like a Nerf gun — and in all fairness, it looks pretty solid. It’s also not illegal, according to reports. 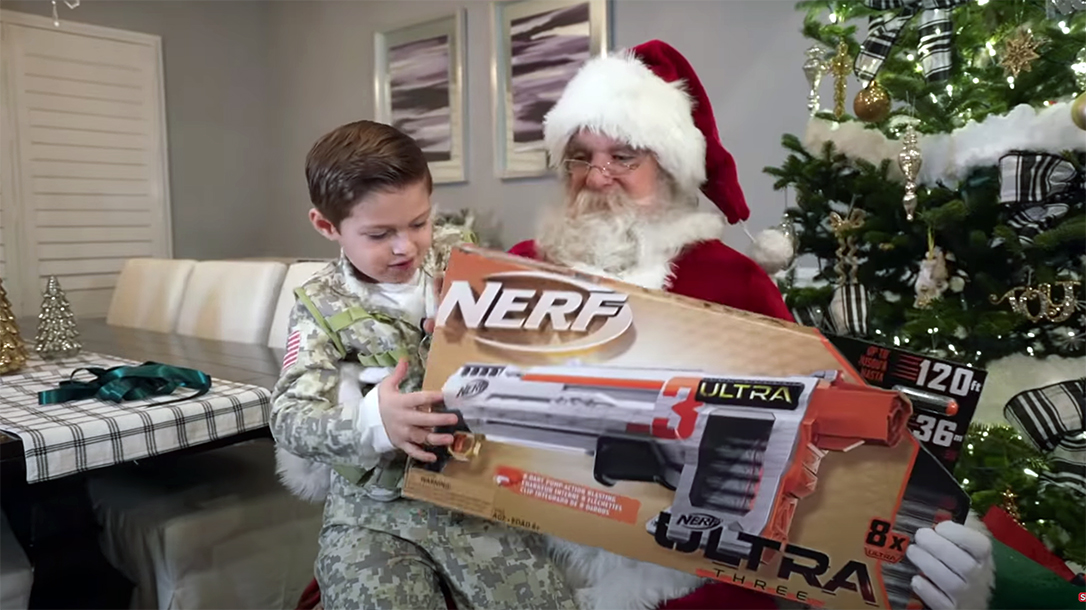 The Catawba County Sheriff’s Office recently executed a search warrant at a residence on Old Catawba Road in Catawba, N.C., according to a release. During that search, police said they found drugs, cash, and a total of 20 firearms consisting of pistols, rifles and shotguns. One of those guns was the converted Glock. It’s also not illegal, according to police.

Police arrested and charged 35-year-old Damien Alonzo Burch in connection with the found drugs. However, there were no firearm charges following the arrest. Police confirmed that the Nerf Glock is perfectly legal. However, they added it was “concerning.”

“One of these weapons, a converted Glock model 19 pistol with a 50-round drum magazine, had been altered to resemble a toy Nerf gun Firearms of this type, while not illegal to possess, are concerning to law enforcement,” said Captain Aaron Turk, PIO for the Catawba County Sheriff’s Office. “Firearms, in general, are commonly seized in conjunction with searches were felony amounts of narcotics are present.”

So let’s take a closer look. Here’s another photo provided by the CCSO. The Glock 19 features housing from a CAA MCK Micro Conversion Kit (also known as the Micro Roni). The owner painted the front end of the kit in Nerf colors. They even went the extra mile and added the Nerf logo. They left the brace untouched.

We’ve covered the Micro Roni a number of times on this site. It’s an interesting platform, the usefulness of which varies from user to user. The use in this instance is certainly … creative, to say the least.

HK VP9 vs Walther PPQ: Which Would You Rather Have?