Well-known firearms author and instructor Rob Pincus recently joined Dan Gross to co-write an op-ed for AmmoLand. Gross is a former president of the Brady Campaign to Prevent Gun Violence, one of the country’s most venomously anti-gun organizations. The published intent was to harmoniously bridge the divide separating the two sides of the gun issue and enact meaningful change to save innocent lives. Taken from the piece: “… the policy area with the most synergistic message is also the one that represents what we believe is the greatest potential for impact: Expanded Background Checks.” We know this so-called expansion as Universal Background Checks. 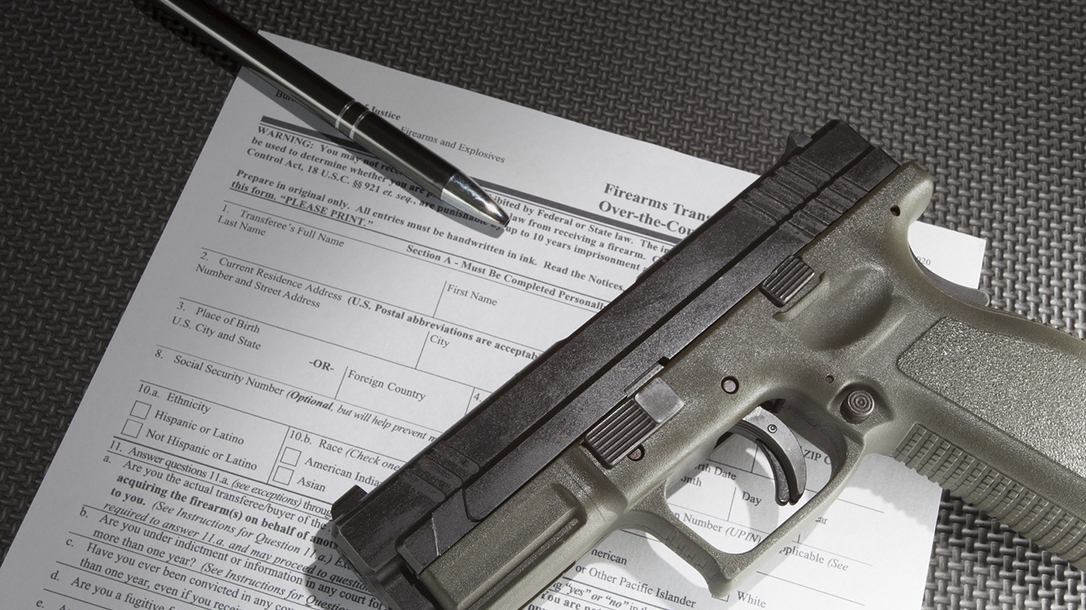 What Universal Background Checks Really Are

Saving innocent lives is indeed something all reasonable Americans support. However, the devil is ever in the details. What does “expanded background checks” really mean anyway? A lot of effort is going toward them.

“Expanded background checks” is a euphemism for “Universal Background Checks.” Universal Background Checks has its own Wikipedia page. Its proponents — and I suppose Pincus — also disingenuously call it “Closing the Gun Show Loophole.” This simply means that, a few exceptions notwithstanding, all firearm transfers would have to be officially recorded with the government and be subject to a state or federal background check.

Concerns over eventual gun confiscation notwithstanding, the presupposition is that if someone is legally prohibited from possessing a gun this hypothetical sale between two individuals would then be happily terminated. Everyone would then part company as friends, even if one party is apparently a criminal. That’s a noble goal. However, that just isn’t the way the real world works.

A Baptist pastor friend recently mentioned that he had a pile of .45 ACP ammo. He was, however, between 1911 pistols. He also intimated that he had a SIG P365 he could live without.

As it turned out, I had a spare 1911 and a P365-sized hole in my own collection. I met him at his church after work, and we exchanged boxes — two free Americans exercising our God-given freedom. We didn’t tell the government, undergo a background check, endure a waiting period, get on some spooky list, or visit a local FFL during business hours to do a lot of paperwork. We just traded guns. This is what “The right of the people to keep and bear arms shall not be infringed” actually looks like in the wild.

Now, without being rightly branded a racist, how do you differentiate between the two of us — a law-abiding physician and a pastor — and whoever it is you don’t want to have guns? How do you ensure that guys like us are not transformed into criminals?

If you make an exception for friends and family, how do you define friends and family? PayPal lets you send money to a friend for free. All you need do is claim the recipient is a pal; that is ripe for abuse. This is a much bigger deal.

Laws are only effective if they are backed up by the threat of force. Are we ready to put a guy like me in prison if I transfer a gun to somebody that doesn’t meet certain codified definitions? If I don’t come peacefully, is the U.S. government ready to burn down my house and kill my family — as has happened several times in the past — to enforce this new “expanded background check” law? These are the kinds of questions that need to be folded into this debate.

Can we please stop using the word “commonsense” in the context of gun laws? The dictionary definition of “common sense” (two words) is “sound judgment in practical matters.” The implication is that this is something so obvious that everybody should agree on it. “Commonsense” is actually kind of a silly construction. In this context it is certainly not something obvious or universally acclaimed.

Many people feel that humans with male genitalia should not wear dresses. However, clearly not everybody feels that way. It would therefore be asinine to claim this to be a “commonsense” deduction. The use of the term “commonsense” as part of the anti-gun narrative is simply a tacit effort to make anyone who disagrees seem marginalized. In the spirit of compromise, what say we all agree to stop doing that?

THIS WILL NEVER WORK! Forgive my shouting, but I grow so terribly weary of this. If we made it illegal to eat donuts do you think people would suddenly stop eating donuts? It didn’t work for alcohol in 1920. It’s already illegal to kill and steal, and people seem to be doing that fairly frequently. These ill-advised laws never, ever touch anybody but law-abiding guys like me.

Pincus and Gross co-authored this bridge-building op-ed intending to bring us all together selflessly for a common goal. If that really is the intent how about the other side give up something for a change? If we agree to background checks between individual strangers, can we repeal the 1986 machine gun ban?

Since 1934 there’s been exactly one documented crime committed with a registered machine gun, and that by an off-duty police officer. Repealing the 1986 ban on manufacturing machine guns for sale to civilians would be a harmless “commonsense” overture that would reflect a true spirit of cooperation. However, that’s never going to happen. Why? Because this road only runs one way. Gun control advocates never, ever give up anything. All the giving and all the compromise always comes from us.

If one side is right and the other wrong then compromise makes both sides wrong. High-minded legislative hypotheticals will never substantively reduce crime. They will, however, open up vast new opportunities for unnecessary harm.

At Ruby Ridge in 1992 the U.S. government murdered Randy Weaver’s wife and teenaged son over the length of a shotgun barrel. Creating a fresh crop of non-violent felons with a gun control law that won’t work seems fairly counterproductive. If the people advocating for this lived in the gun culture as do I they would appreciate that. I am frankly shocked Rob Pincus doesn’t.

Our opponents in this debate are certainly not bad or evil — quite the contrary. They love kids and covet peace, just as do we. They are, however, sadly unfamiliar with the way these things actually work.

Expanded background checks will criminalize otherwise law-abiding citizens without restricting criminals’ access to guns. In a nation of 328 million people we already have 400 million guns. American criminals seldom obtain their weapons through the sorts of situations this new law might conceivably influence.

However, here is something that will work: Equate any gun crime with murder. Start putting those who actually commit a violent crime with a gun behind bars for decades. Criminals will eventually get the memo, and that will make a proper dent. That is indeed something we should all be able to get behind.