Here’s some news you won’t see covered by the mainstream media. While it shows violence and gun use, it simply doesn’t fit the national narrative on gun ownership. So you’ll likely only see it here. On two separate occasions, in different parts of the country, bad guys allegedly launched hammer attacks on private citizens. In both cases, homeowners used a firearm to defend their families. 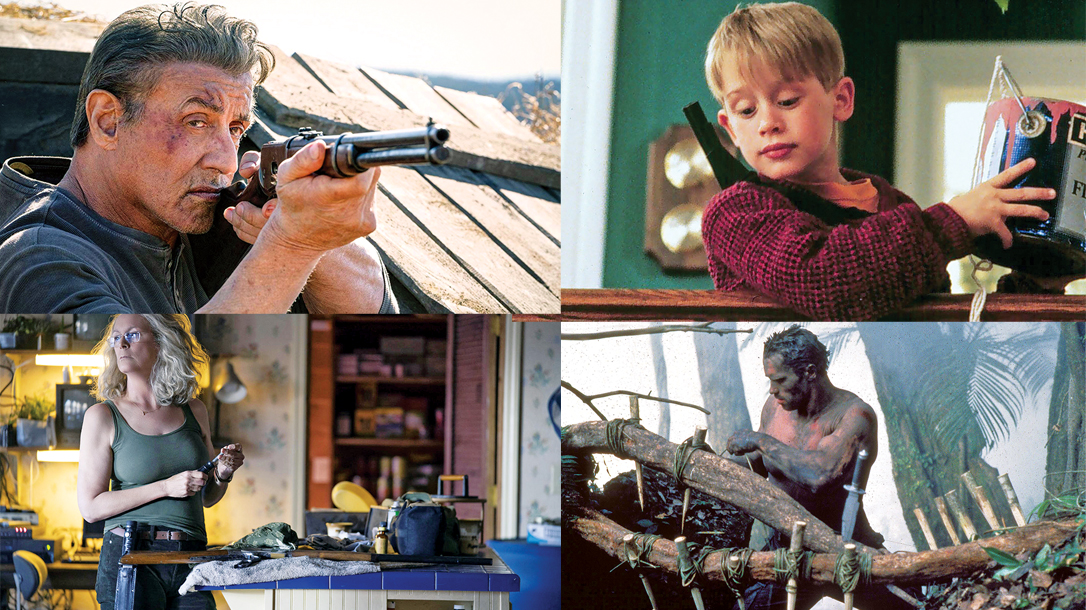 Would These 6 Hollywood Home Defense Plans Work in Real Life?

The first incident took place in California’s Lucerne Valley April 16. Robert Garcia, 27, allegedly forced his way through a resident’s back door. “The suspect entered the residence wielding a hammer and threatened to kill the female victim,” said the local sheriff’s office, according to vvng.com.

So the would-be victim shot the intruder. The suspect reportedly walked away, according to vvng.com. But police found him lying on the street nearby. Officials said the suspect remained in hospitalized, condition unknown.

Two days later, a similar incident occurred, this time in Pearland, Texas, near Houston. An unidentified suspect reportedly forced their way inside, attacking at least two residents with a hammer, reported ABC 13. A homeowner responded by opening fire, reportedly hitting the suspect multiple times. Officials transported the suspect and two others to hospitals for treatment.

So here we have similar attacks, violent and random, happening mere days apart. Had the suspects used an AR pistol, for example, mainstream news outlets would no doubt still be bombarding the airwaves. But both of these incidents illuminate the ridiculousness of current gun control initiatives and the continuing need for a healthy Second Amendment.

First, let’s look at the most current FBI statistics published to date, for 2019. Data clearly shows 364 murders committed with a rifle, of any kind, in 2019. Meanwhile, blunt objects, including hammers, accounted for 397 murders in the U.S.

Let that sink in. Violent criminals employed clubs, hammers and other blunt instruments more than any kind of rifle, let alone a scary black gun. Meanwhile, any time any type of shooting happens in this country, no matter the circumstance, the narrative quickly pivots to the need to ban assault weapons. Gun control remains, unequivocally, a lie.