Gov. Kevin Stitt signed a bill into law Monday, making Oklahoma a Second Amendment Sanctuary State. The law says the state will not recognize any federal or executive law, policy or regulation ordering any buyback, confiscation, or surrender of firearms. 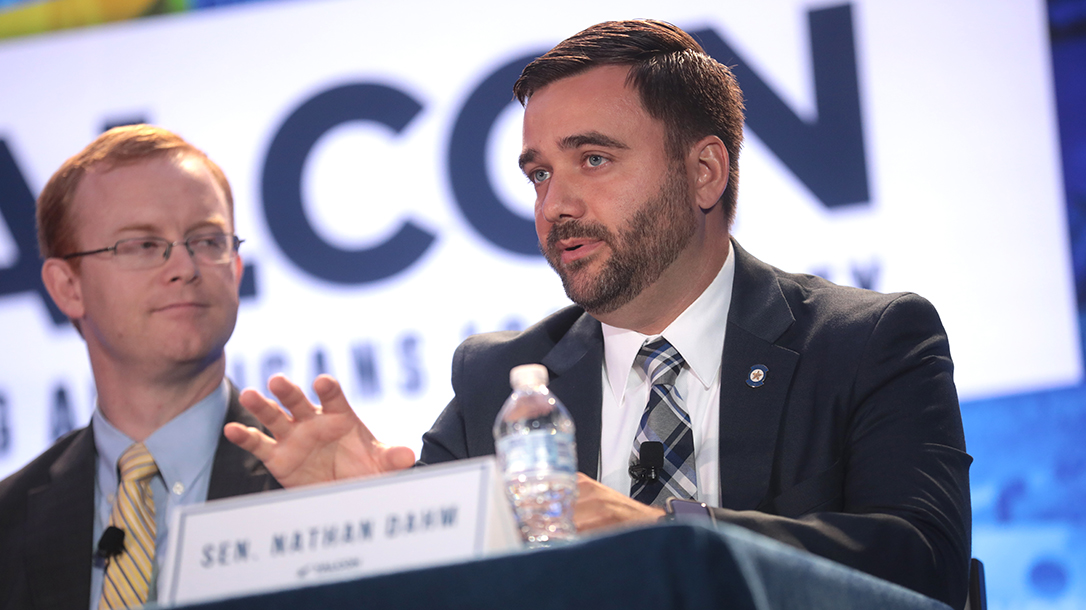 Stitt signed Senate Bill 631 into law. It states “Any federal, state, county or municipal act, law, executive order, administrative order, court order, rule, policy or regulation ordering the buy-back, confiscation or surrender of firearms, firearm accessories or ammunition from law-abiding citizens of this state shall be considered an infringement on the rights of citizens to keep and bear arms as guaranteed by the Second Amendment of the Constitution of the United States and Article II, Section 26 of the Constitution of Oklahoma.”

“It shall be the duty of the courts and law enforcement agencies of this state to protect the rights of law-abiding citizens to keep and bear arms within the borders of this state and to protect these rights from the infringement provided under the provisions of this act,” the bills reads.

The law gives teeth to the Oklahoma lawmakers’ promise to protect the Second Amendment. It also could prove a major catalyst across the country. We already reported more than a dozen states looking to nullify potential gun control legislation from the Biden administration. Meanwhile, Oklahoma just delivered a successful blueprint, offering a guideline for state-level protections.

“As of today, Oklahoma is officially a Second Amendment Sanctuary State!” Still said on social media.

The new law marks a potential turning point in the fight to protect the Second Amendment, at least in conservative states. The law puts pressure on other pro-gun governors attempting to pass similar legislation. We know the Biden administration will continue its assault on the Second Amendment. So wins like this loom large in the continuing fight. We need every win we can get.