David Chipman put on a big show during the recent U.S. Senate Judiciary Committee hearing earlier this week. The hearing serves as the first step in potentially conferring Chipman as director of the ATF. But rather than take the opportunity to clarify and come clean on the issues, so that legislators know truly what they’re voting for, David Chipman appears to make a mockery of much of the proceedings. 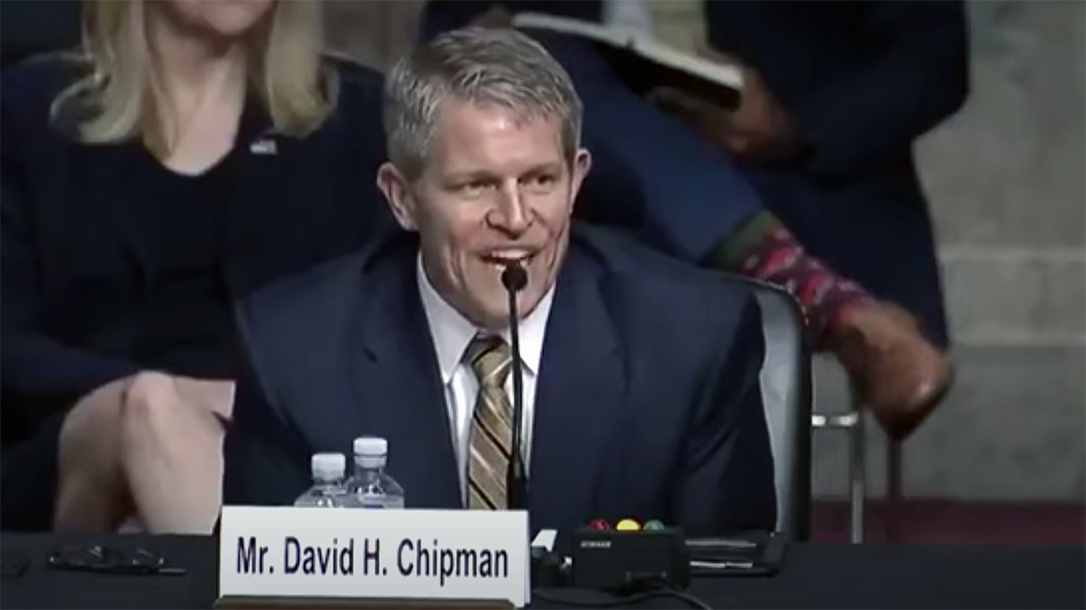 Chipman said new gun buyers: “in their [own] mind they might be competent.” However, they’re really “putting themselves and their families in danger,” reported NRA-ILA.org. Chipman advised first-time gun owners to “secure that gun locked and unloaded and hide it behind the cans of tuna and beef jerky that you’ve stored in a cabinet and only bring that out if the zombies start to appear, and I don’t think they are.

“If we can imagine how horrible this crisis is … the people who hoarded the guns might decide six months from now – once they see no zombies around but they’ve run out of tuna and beef jerky – that they need the money to buy food,” Chipman concluded, according to nraila.org.

Now more than a year later, Chipman emerges as Biden’s man to run the ATF. So when pressed about those past comments, he tried to explain himself to Senator Michael Lee.

“What I was trying to use as self-depreciating humor, the person who had a gun stored behind his tuna and beef jerky was me, and I was saying that all of us were acting in new ways as a response to Covid. And I thought that people should be very clear that when they bring a gun into their home they need to be properly trained.”

But that response doesn’t pass the sniff test, to us. Take the first part of the Lee interview. The senator challenges Chipman on previous statements suggesting he would arrest people before they commit crimes. But the real nugget emerges when Chipman declares “I think that in certain circumstances, it is absolutely the mission of ATF to arrest people for lying on a federal firearms form, a five-year felony.”

But when Senator Tom Cotton asked Chipman if he would investigate Hunter Biden, the nominee pulled back. Chipman wouldn’t come outright and pledge to investigate reports Hunter Biden most likely lied on an FFL form to purchase a firearm.

Of course he wouldn’t. He won’t go after the president’s son, just like he doesn’t respect the average American gun owner or the Second Amendment.