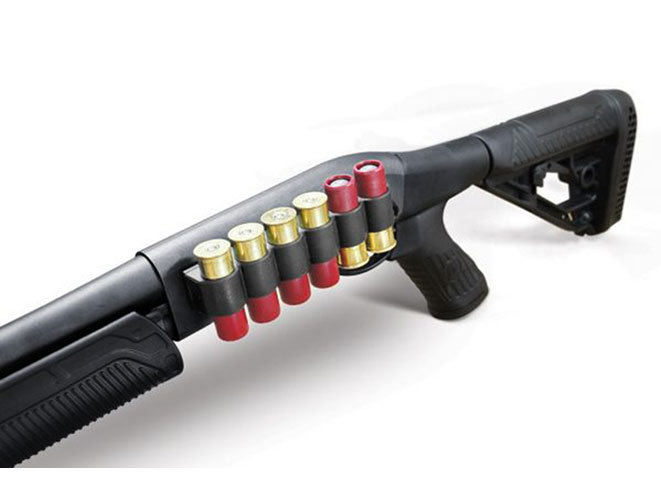 The EX Performance Tactical Forend includes a powerful, 300-lumen tactical flashlight. Moreover, the unit provides easy owner installation. It can also be removed for alternate accessory mounting via a two-inch Picatinny rail. Or users can conceal the rail beneath the included nose cap.

“The addition of an integrated tactical light in the EX Performance line is an obvious step in expanding the capabilities of our products to include use in low-light conditions,” said Gary Cauble, director of sale and marketing, Adaptive Tactical, during the initial release. “This feature is especially important for our law enforcement and home defense customers.”

The tactical light delivers a run time of up to three hours. Moreover, two AA batteries power the light. Additionally, easy-to-reach ambidextrous controls include on/off button and three illumination settings, including Momentary On, Constant On and Rapid Strobe. The light features a tempered glass lens and aluminum bezel with defense chamfer edge. Finally, a high-strength reinforced polymer housing protects the entire unit, according to Adaptive Tactical.

Notable, when purchasing an Tactical Forend to fit the Mossberg Maverick 88 or other shotguns with integrated action bars, customers need to purchase a forend slide assembly from Mossberg or an online parts retailer.