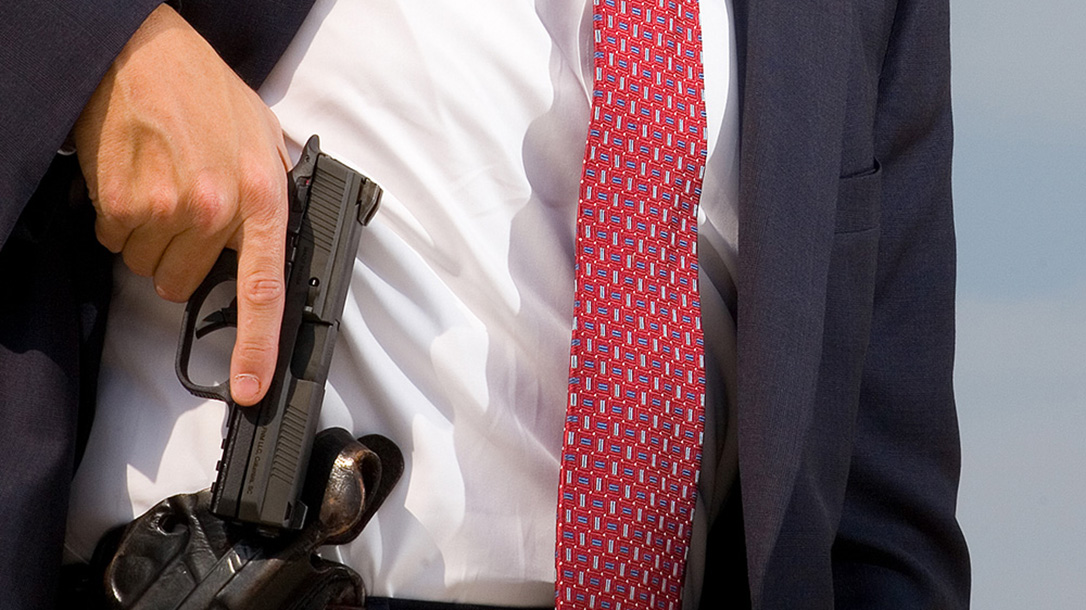 Leaning on the court’s findings, regarding the Second Amendment in District of Columbia v. Heller, it cites that it guarantees “the individual right to possess and carry weapons in case of confrontation.”

The amicus brief makes the case that “The right to carry firearms was widely enjoyed and protected in Founding-Era America.”

Cited in the brief is an argument for defense, in December of 1770, where John Adams stated that in this country, “every private person is authorized to arm himself; and on the strength of this authority I do not deny the inhabitants had a right to arm themselves at that time for their defence.”

According to the brief, James Madison practiced enough to develop good enough aim that he “should not often miss … on a fair trial at [100 yards’] distance.”

A History of Free Carry

The argument also highlights that “The tradition of freely allowing public carriage of firearms continued into the nineteenth century.”

Gamble v. United States, established that the rise of mid-1800s “surety-style” laws “did not meaningfully limit public carriage,” by law abiding citizens. Instead, these laws required an individual to petition the court about another individual specifically. At which time a judge required the arms bearer to find sureties for keeping the peace, to continue carrying.

As stated in the brief, “These laws were triggered only when someone who reasonably felt threatened lodged a complaint—and a judge agreed the fear was reasonable. The party complained of had a right to ‘be heard in his defense’ before any judicial decision was made, and he also had a right of appeal. Moreover, he could nonetheless continue to carry, so long as he posted a surety, or bond.”

The “surety-laws” were not meant to be sweeping legislation, as pointed out in these findings.

“This case has been a long time coming and it would not be an overstatement that SAF has an intense interest because of our many members in New York and elsewhere that so-called ‘proper cause’ requirements are routinely used to deny law-abiding citizens the ability to carrying firearms for personal protection outside their homes,” said SAF founder and Executive Vice President Alan M. Gottlieb. “Such laws are arbitrary in nature and they place an absurd level of authority in the hands of local officials and their subordinates to deny citizens their constitutional right to bear arms.”

It’s Been a While

It has been over a decade since the Supreme Court of the United States has heard a Second Amendment case. The last case heard was in 2010, in which McDonald v. City of Chicago nullified Chicago’s unconstitutional handgun ban. This case made the New York case, and this amicus brief, possible.

“The Second Amendment should no longer be treated like the ugly stepchild of the Bill of Rights,” Gottlieb observed. “Its language is clear, that the amendment protects not only the right of the individual citizen to keep arms, but to bear them, and that right extends beyond the confines of one’s home. A right limited to someone’s home is no right at all, and the court now has an opportunity to make that abundantly clear, settling an important constitutional issue once and for all.”