Ever since 2008, one of Ruger’s—and the pistol market’s—hottest selling pistols has been the LCP platform. Firing the .380 round, it’s pocketable, lightweight and very reliable. What’s not to like? Though, despite its popularity, the folks at Ruger have been constantly refining the LCP platform by improving various features and characteristics to make it better with each release. So far, we’ve had the original LCP and then the LCP II. Now, Ruger’s back with a fury as they’ve just announced the Ruger LCP MAX.

The LCP MAX isn’t just a new version with a tweak here and an adjustment there. It’s almost an entirely new pistol. First, Ruger decided to borrow from the micro-capacity playbook and increase the LCP MAX’s magazine capacity from the LCP II’s six rounds to 10 rounds. To accomplish this, the height of the LCP MAX has been increased .41 inches more than the LCP II’s height, and the width has been increased slightly from .75 inches to .93 inches. Even so, the LCP MAX is still smaller—and significantly lighter—than any micro-compact 9mm pistol on the market. That makes it very easy to carry and conceal, even during these summer months with lighter clothing.

Another big change is the addition of extremely nice, honest-to-goodness sights. Where the LCP II had tiny, rather perfunctory, sights, the LCP MAX comes with a U-notch, serrated rear sight and a tritium front sight with a white outline for easy visibility. I had a chance to try the LCP MAX at the range recently, and for such a small pistol, I was impressed with the sight package. They were quick to acquire and align and we were easily making fast hits on steel plates at 15-25 yards. For easy aftermarket changes, the sights match up with the Bodyguard sight pattern.

Another new feature is a subtle, but highly functional, change. The slide now wears cocking “ears” at the rear (similar to HK’s VP9) for easier slide manipulation. While the slide is already designed to be easy to rack, those with weaker hand strength will definitely appreciate this addition. Speaking of the slide, there are fore and aft cocking serrations and it is treated with a black oxide finish.

Ruger didn’t stop with all the changes you would notice at first glance. There were also mechanical improvements made to the magazine feed lips, extractor, feed ramp, and the barrel cam geometries were improved as well. Ruger’s barrel cam geometry is what delays the movement of the slide for a reduced-recoil impulse. Another improvement is the round magazine release that’s easier to access and operate, and it’s now also reversible for left-handed shooters.

Despite its compact size and weighing only 10.3 ounces, the LCP MAX was very comfortable to grip and shoot and the recoil was easily managed. For even better control and additional capacity, Ruger also offers an optional 12-round magazine that has an extended baseplate, offering more room for a fuller grip on the pistol. But what really impressed me about the LCP MAX was its accuracy—thanks in large part to the excellent sights. With Winchester’s 95-grain Personal Protection load, I was able to shoot 1-inch groups with the LCP MAX at 7 yards. In one group, four out of five shots were under half an inch. That’s pretty damn good!

While I’ve had the LCP MAX only for a short time, I’m still impressed with all the changes that have been made. I’m going to work with it even more over the coming weeks and I plan a more in-depth review that will come out at a later date. But so far, I’m really liking everything about the LCP MAX. I do wish that it shipped with more than just one magazine, but Ruger does ship a soft pocket holster and a magazine loader with the kit. Ruger also claims that most existing LCP II holsters will work with the LCP MAX, and I confirmed with a couple of holsters I have for my own LCP II.

Whether you’re looking for a pistol that’s easy to operate and fire or just looking for something with a few extra rounds that’s easily secreted away in a pocket, Ruger’s new LCP MAX might just be the ticket for you. It’s lightweight, reliable, and very accurate. What more could you want than that?

The LCP MAX retails for $449. For even more info, please visit ruger.com. 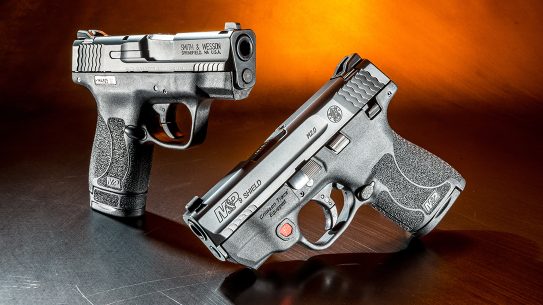